Båtsfjord. A small Arctic town, lost somewhere in the north at the end of a fjord (hence the name, maybe?). Isolated from its neighbours by a rugged landscape made of abrupt cliffs and rolling hills, the main activity there seems to be fishing. This industry has attracted workers from 40 different nationalities; many Lithuanians came directly there with their cars, as the registration plates could certify. 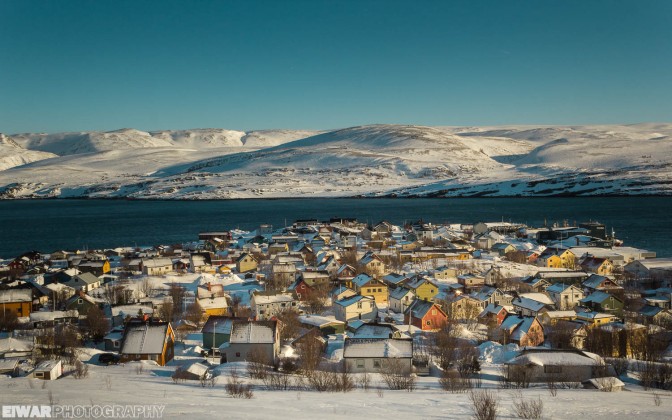 What had attracted us to this forsaken place was a completely different matter. Wait, you’ve already guessed we came for the birds? OK, well then… what should I add? Oh, maybe that yes, we saw birds. Lots of them, actually. After crossing such an empty land, it was uplifting to see this spectacle: hundreds of gulls, attracted by the fishing vessels and the refuse they throw to the water, circled continuously over the harbour. There were Herring (Larus argentatus) and Great black-backed gulls (Larus marinus), but also a few Glaucous gulls (Larus hyperboreus), with their strikingly white wingtips.

However, the real show was offered by the colony of Black-legged kittiwakes (Rissa tridactyla). I had seen those birds nest in cliffs, in Brittany for instance or even in Denmark (at Bulbjerg, the only bird “cliff” of the country, in North Jutland), but never on buildings. In Båtsfjord I did, and of course that offered great views on these notoriously noisy birds.

We followed a narrow path over water, along the buildings’ edge, just below the nests. The gulls had not laid eggs yet, but they had clearly paired and marked their territory. Since they flew so close, their quest for food allowed us to try our luck at flight shots, with mixed results. 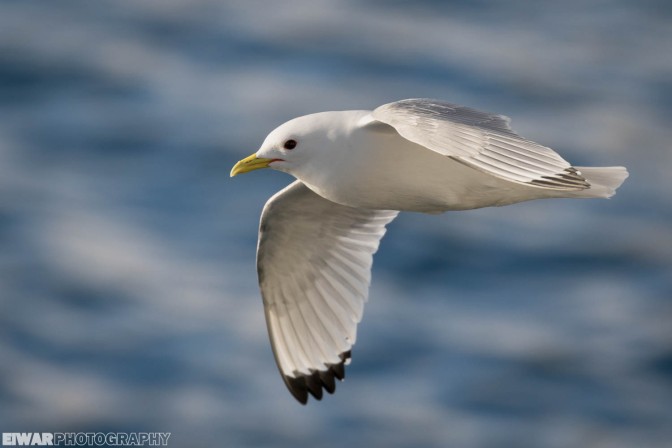 With so many birds flying around, it was easy to feel overwhelmed: “Oh there’s one coming here, oh let’s focus on it… damn it’s already past me and I haven’t taken a single shot!”. Based on my limited experience, here is the approach I would suggest if you were to take in-flight pictures of birds:

With this method, you give yourself time, and in bird photography, time is a luxury. If you choose a bird that’s already close to you, it may be approaching too fast for you to find it in your viewfinder, focus and trigger. Usually, when you have your focus, the bird has come and gone, and it’s looking away. That’s hardly an attitude you want in your pictures, ideally you’d have eye contact instead.

However, fear not if your first results aren’t up to your expectations: this is possibly the hardest discipline in bird photography, and a good shot comes after a lot of trial and error 😉

In Båtsfjord, like in other coastal towns of Varanger, the Common raven (Corvus corax), is, well… common. No, it sounds like a pleonasm, but it’s not that obvious! In France and Denmark, the common (black) corvids are crows, and maybe rooks and jackdaws. Ravens are mountain and forest birds, they are restricted to remote, quiet areas. In Helsinki, I see ravens from the office window, but there’s a forest nearby.

Up north, we saw ravens perched on rooftops, flying over the city center among flocks of gulls. Here a discreet bird, there an ubiquitous resident.

Inside the harbour, on a rocky beach, I saw one of my target birds for this trip: the Purple sandpiper (Calidris maritima). Around twenty of those little birds were feeding along the shore, sticking their beak between rocks and algae to find some crustaceans to swallow. The Purple sandpiper is the only wader to spend the winter in the north, near its breeding grounds, and like most of the birds we saw there, it’s not very shy… 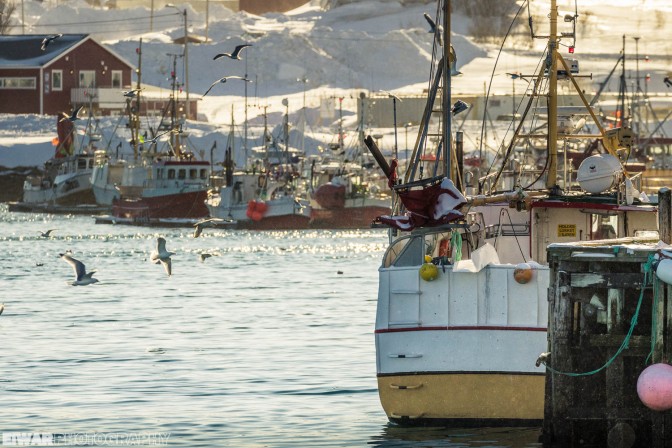 After this bit of exploration under the blazing sun, we received a warm welcome from Kirsi, our Air BnB host for the night, in a house clinging to the side of the mountain, just above town. I should have known, since I had a teacher named Kirsi at the university in Helsinki, but I realized it only when I saw a shelf filled with books in Finnish: our host, a teacher, came from Finland! This revelation resulted in a very funny situation, with me using my very basic Finnish language skills to chat with her, while Marci stood there, watching us but understanding close to nothing x)

In the evening, we hunted northern lights for the first time. Afterwards, the night was short, for the morning held the very reason for our visit to Båtsfjord, and to Varanger in general… stay tuned!

Click the links below to read more about our adventures in Norway!
Prince of the woods
Varanger, Day White
Here are the birds
Clear skies
On the high road