Winter, finally! Now that 2015 is over, we can leave behind us these warm days and dive into a world of frost and crystal-clear skies, a world of dancing snow flakes and cold Siberian air. I’ve been back to Copenhagen for only two weeks, and I’ve tasted multiples flavours of the season: I have biked under the falling snow, on the treacherous melting snow, between sheets of ice and against a biting gale, I have chased birds on a snowy, sunny beach and in the fog. 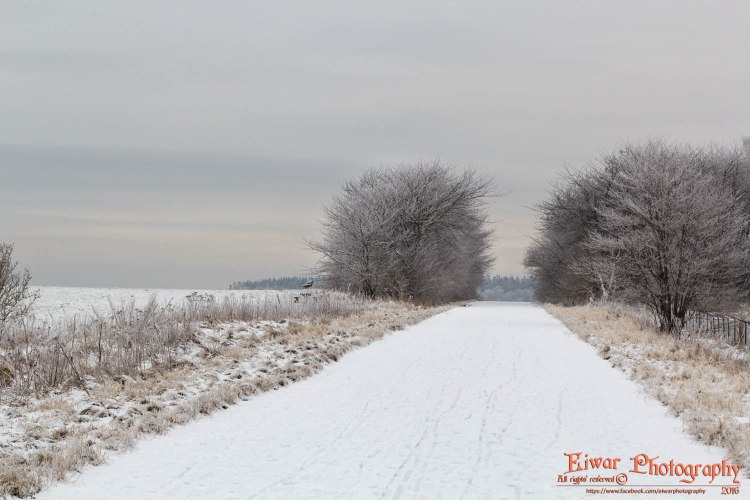 END_OF_DOCUMENT_TOKEN_TO_BE_REPLACED

Wednesday afternoon, I’m home after a day at the university. I turn on the computer, sat comfortably and open Facebook. First post: Black-throated thrush, 13th record in Denmark. Wait, what? Where???

After this moment of panick, I went to DOFbasen, the Danish bird sighting database, to see whether the bird had already been reported. It had, and it was near my place, some 15 minutes by bike! Alas, it was already dark, and I was forced to go to the university the day after, as we needed to finish a report.
This Thursday was a beautiful day, sunny and crisp. All day long, while working on the report, I saw the number of observations on DOFbasen grow: the bird was still there, and very easy to see. Imagine the frustration. I would have time to get there on Friday morning, but I was convinced it would be cloudy and depressing, and I was worried to see the thrush leave.

Friday morning. Sun! The report was finished, so I was supposed to sleep this morning. Meh, we’ll sleep when we are dead.
So I took my bike and rode. The sunrise over Utterslev Mose was delightful, the trees covered in frost. I got lost on the way, but managed to reach Tingskrivervej at 9.30. The first birder I met told me that the thrush had been seen 2 minutes ago, but had since then dropped to the ground, behind a wall. We waited. 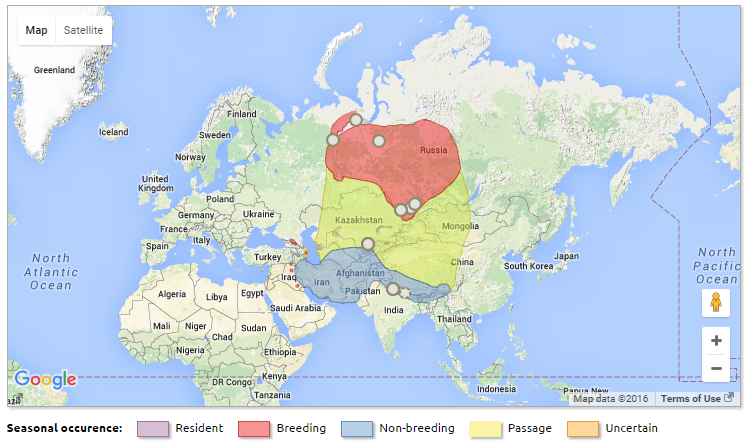 The Dark-throated thrush (Turdus atrogularis) is a Siberian species: it nests behind the Ural mountains, and winters in the south of Asia, from Iran to Burma. It’s seen regularly in Western Europe, and the last Danish mention occurred one year ago. I missed the Hume’s leaf warbler and the Dusky warbler in the autumn, I didn’t want to miss this one.

I noticed a thrush drinking from the raingutter, high up. I saw it from behind, so I wasn’t sure it was the one we were looking for, but when it turned, no doubt was possible: a dark throat and a white belly, that was our visitor! As I tried to show it to the others, it flew down and landed in a tree nearby, where it started to clean its plumage for a few minutes. 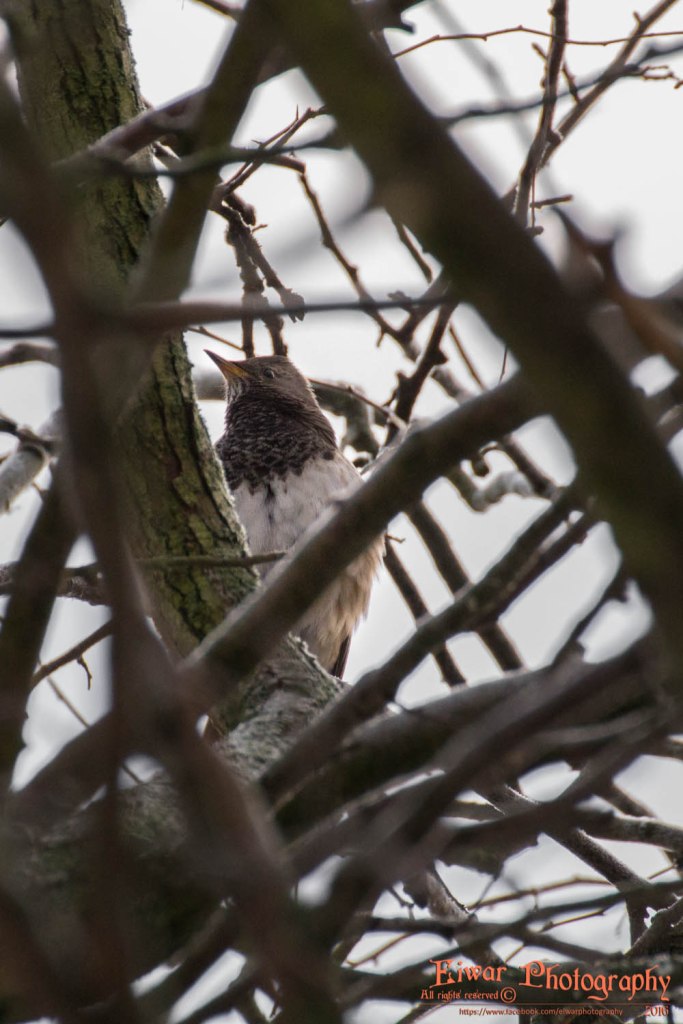 END_OF_DOCUMENT_TOKEN_TO_BE_REPLACED

“Helsinki is a beautiful summer city”
That is one of the first sentences in Finnish I learnt last year. I didn’t really understood what it meant at that time, because it was already the end of August: the weather was still good, but the days were getting chillier. I learnt Finland was not a place where you want to go out without a rain jacket, even if the sun shines bright 😀

A grey autumn came, and then a warm winter which lingered until Vappu and the end of April. On the first of May, the Hop-on Hop-off tourist buses started to roam the streets, the temperatures timidly rose above ten degrees, and I put my winter coat back in the wardrobe. This was the beginning of a lovely period, sunny and warm (kinda warm, at least). I had few lectures at that time, so I spent a lot of time outside, exploring the city and some wild areas nearby, on unforgettable photowalks with my friend Márton. I keep fond memories of that time, memories that surfaced again when I went through all my pictures a few weeks ago.

Since I wasn’t writing this blog back then, you may not have seen them yet. Moreover, the weather these days is not always pretty, so I thought a cure of sun would be beneficial to all of us. Will you follow me? 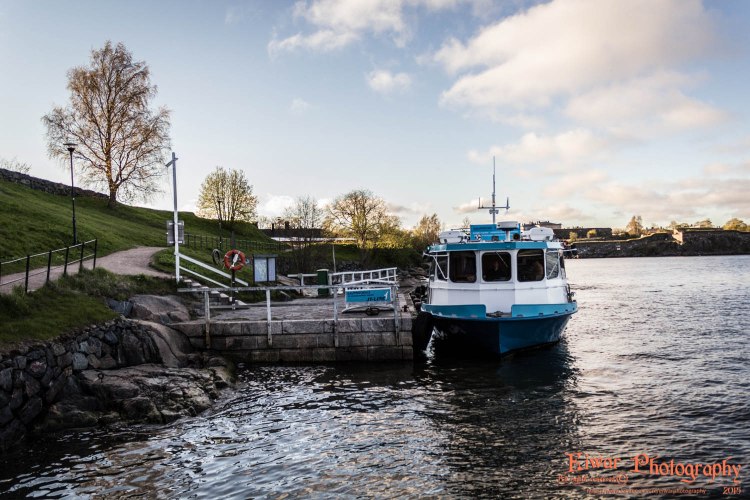 END_OF_DOCUMENT_TOKEN_TO_BE_REPLACED

Winter can be rough for birds. Days are cold, nights are long and colder, and food may be hard to find. Songbirds, which usually feed on insects during spring and summer, switch to seeds when the autumn comes and the resources become scarce. That makes it way easier for us, well fed humans, to give them a hand during this bad period.

At home, we have fed birds for years, enjoying this incredible festival of claws and feathers while having breakfast or lunch, well hidden in our warm house. From my experience, pure sunflower seeds is the most appreciated food, along with peanuts and all kinds of vegetal fat preparation. If I remember well, robins like oat, and blackbirds like apples. The only time we gave them some kind of seed mix, the birds ate the sunflower and left the rest aside.

I was always told to feed birds only during winter (mid-November to mid-March in France), and that’s also what the LPO (the French bird protection association) advocates. On the other hand, the British RSPB and the American Cornell Lab of Ornithology say you can feed them all year long. Check the links for many tips and tricks about feeding birds.

I haven’t lived at home for three and a half year, but my parents have never stopped feeding birds. I was very glad to see these hords of tits, goldfinches and nuthatches roam around, either sitting at the feeder or picking a seed and them flying away to eat it, hidden in the bushes.

Twice I sat two or three meters from the main feeder, next to the hedge, to shoot the birds. I regret I couldn’t spend more time at home, because I feel like they would have grown accustomed to my presence, had I been able to stay there longer.  I also regret that these two shooting sessions happened on two cloudy days, but well…
The Blue tits (Cyanistes caeruleus) were the boldest birds, always the first one and most numerous to come. 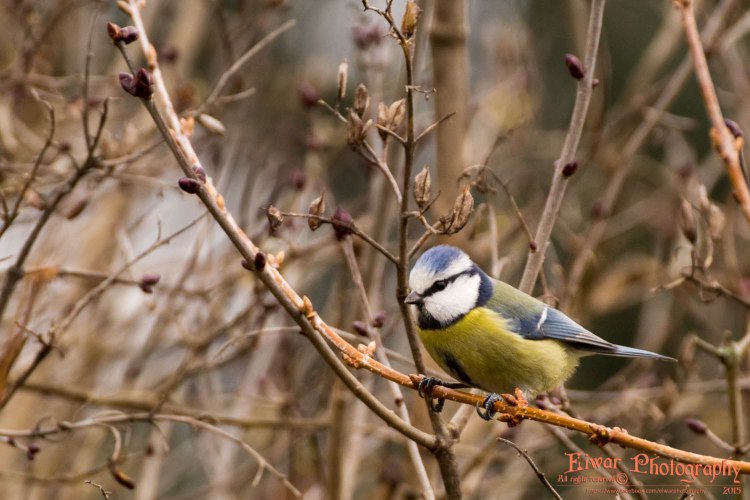 END_OF_DOCUMENT_TOKEN_TO_BE_REPLACED

I spent some time in France during the last holidays, including a few days in Morzine. That’s a ski resort located in Savoy, not far south of Lake Léman, with a large ski domain including slopes in Switzerland. Alas, the weather in western Europe was depressingly warm for this time of year, and only a few slopes were open, with a rather bad quality of snow. Not that I am really interested in this kind of things, but there was almost no cross-country skiing track open either there or around Grenoble, so I did not bother myself with ski clothes and took hiking shoes instead! 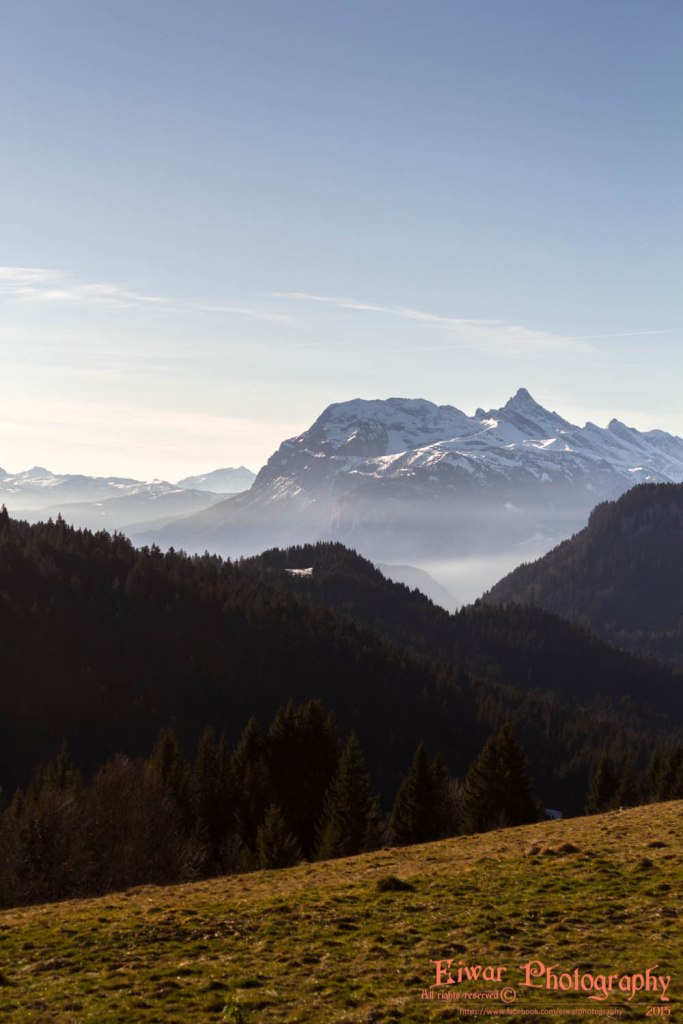 END_OF_DOCUMENT_TOKEN_TO_BE_REPLACED

This article is about two French bloggers dear to my heart.  Since they write in French, I decided to use the same language. Nevertheless, even if you don’t understand a word (please don’t say ‘baguette’), you’d be well advised to click on the links… at least to enjoy the pictures! Birds and landscapes, how could it be any better? 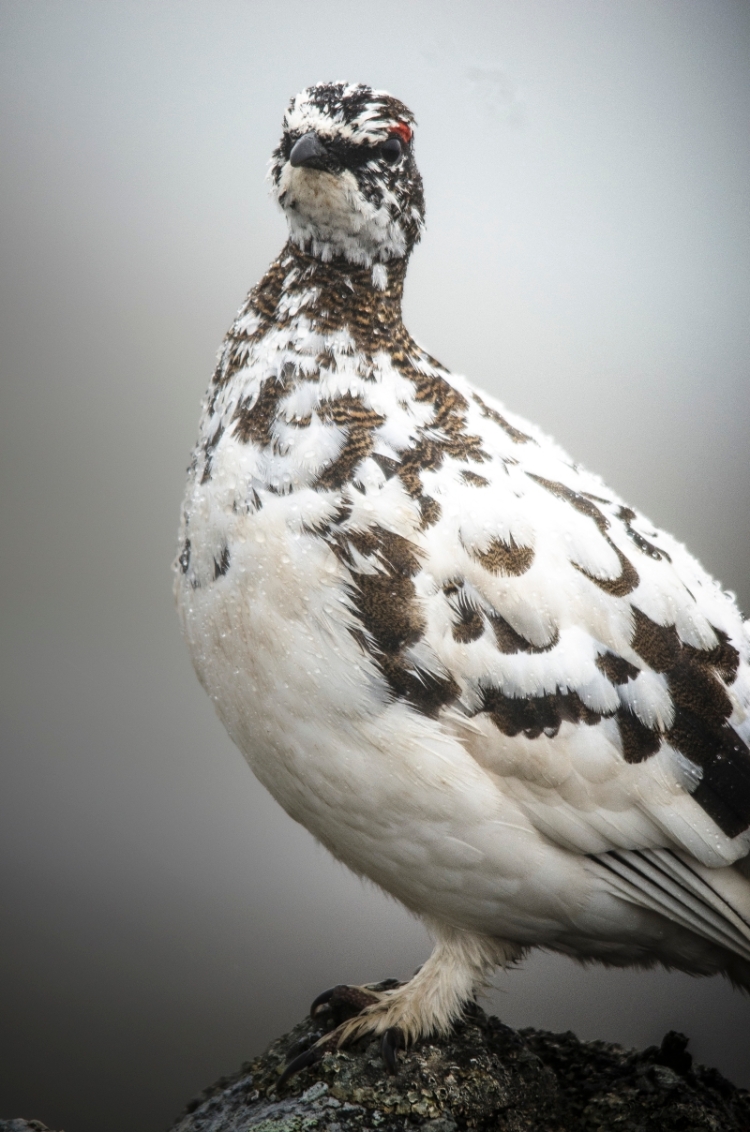 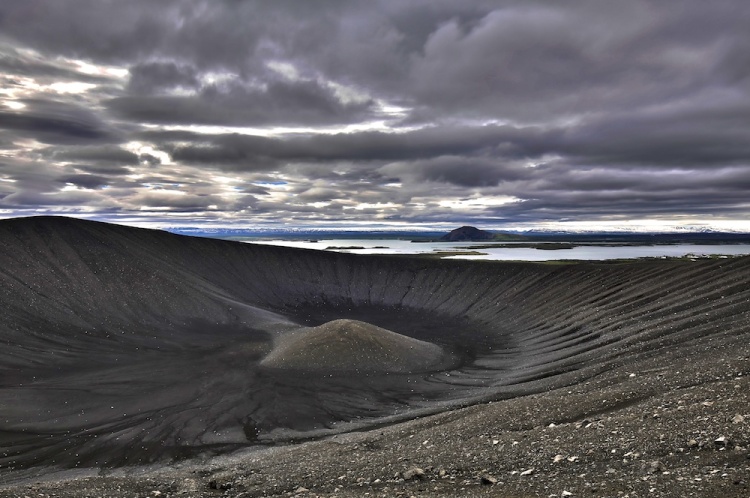 On a sunny Sunday of December, I visited the southermost tip of the island of Amager, Kongelunden (the King’s Grove, if I trust Google translate and my pitiful Danish skills). It was terribly windy, and I didn’t see a lot of birds close by for most of my trip. From Vestamager, I walked south along the coast, spotting geese, gulls, swans and goldeneyes. 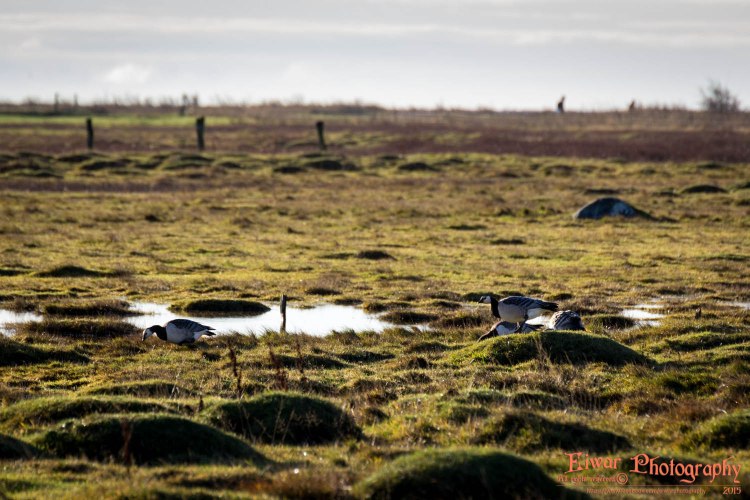 END_OF_DOCUMENT_TOKEN_TO_BE_REPLACED

Before diving into 2016, and while a few pictures from past holidays await treatment on my hard drive, I want to head back to the month of August. I was back from my road-trip in Scandinavia, and a few days away from leaving to Copenhagen. My father and I drove to Villard-de-Lans, in the mountain range of Vercors. From there, we walked up to a pass called Pas de l’Œille. We barely saw the sun, but sometimes clouds create such dramatic sceneries that we can’t really miss the astral disc. 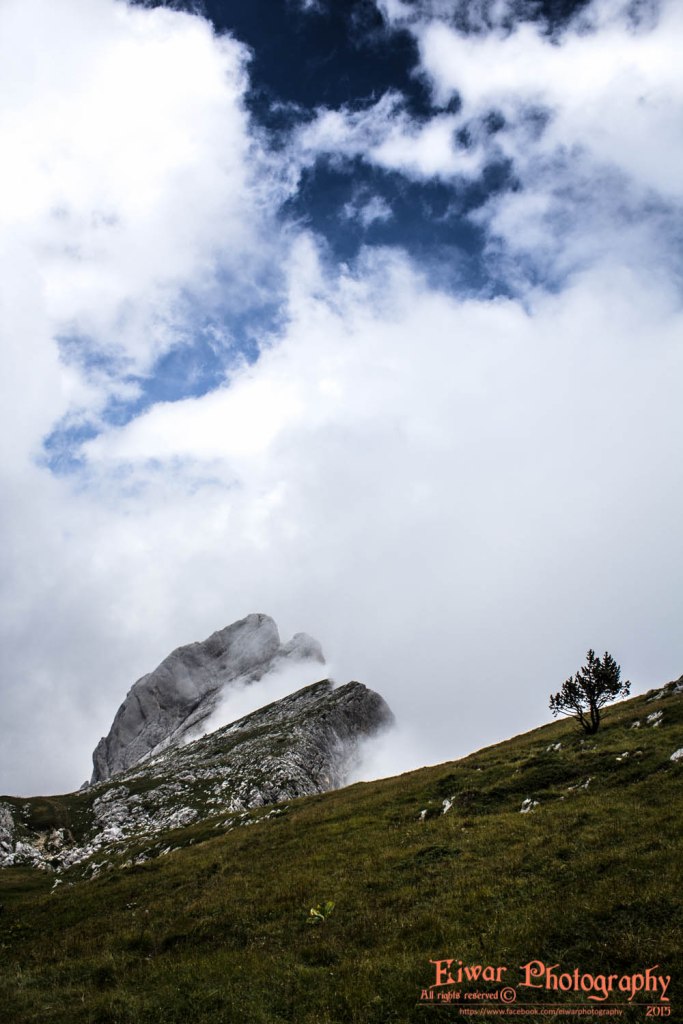