I don’t really remember why, but I wanted to see Blue ducks (Hymenolaimus malacorhynchos) again. Maybe because they are super cool? I discovered that Whirinaki Te Pua-a-Tāne (in Maori: the abundance of Tāne, the god of forest and birds) Conservation Park, north of Napier, was a prime location for this endangered species: the conservation project there worked so well that Blue ducks were numerous enough for the effort to be ramped down. After reading that, I expected to find a duck at each turn of the river!

On State Highway 5 from Napier via Taupo, I turned left 25 km before Rotorua. At first, the drive on long straight stretches of road was not very exciting: on both sides of the road were exotic coniferous forest, very good for the forestry industry and carbon trapping but a disaster for biodiversity. After Murupara, the landscape changed and I entered hilly country covered by native-looking forest. I followed a twisting road up to a pass and down into a gully, until the turn-out to Minginui. There, a marae standing in the middle of a field reminded me that the region was one where the Maori culture was most lively. The village’s surroundings screamed of forestry again, but I knew there were wild places around. A slow and bumpy drive along a rocky track took me to the car park where I would spend the night. 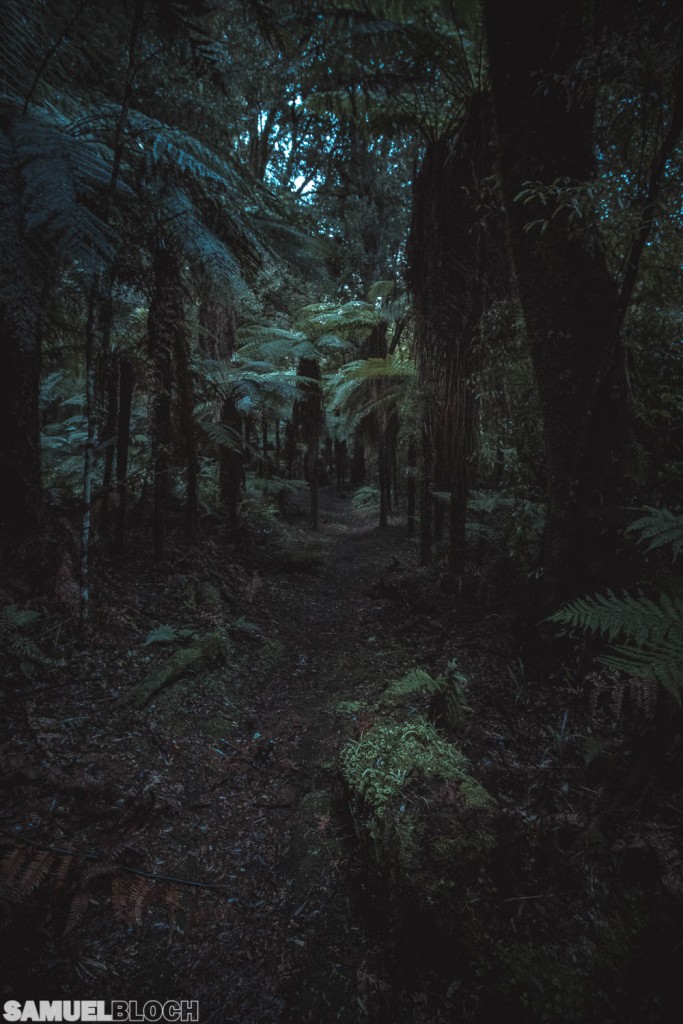