As some of you know, I spent the months of February and March in Dunedin, in southern New Zealand. It was summer, this lovely city was sunny and rather warm… but that’s not what pushed me to stay there.

You see, in November, on my way south to Invercargill and the Subantarctic Islands, I had stopped in Dunedin to talk with Karen, the ranger responsible for the volunteering program at Sandfly Bay. She had told me about the Yellow-eyed penguins (Megadyptes antipodes) that nest in the dunes there, and about the visitors that need to be kept at bay for the birds to thrive… they needed people to set up signs and talk to visitors, to educate them to the threats those cute birds face in the world today.

Up to 65cm tall, endemic to New Zealand (southern South Island, Auckland Islands and Campbell Island), the fourth largest penguin in the world is also one of the most threatened, and it’s classified as Endangered by the IUCN. Its population has dwindled by 50-80% in the past 21 years, has become extremely fragmented in the process, and has shown dramatic fluctuations from year to year.

As a seabird that comes to land to breed, the Yellow-eyed penguin is vulnerable to both terrestrial and marine threats: fishery bycatch at sea and introduced predators on land (including dogs not kept under control by their owners…) kill birds, just like diseases (like avian malaria) that become more prevalent as insects thrive in a globally warmer world. Overfishing and habitat disturbance from fisheries prevent the penguins from feeding their hatchlings correctly, which end up dying on their nest, starving.

At Sandfly Bay, on the Otago Peninsula, three pairs nested this year, at one end of the beach. That’s not a lot, compared to some previous years. Yellow-eyed penguins do not form huge colonies like Royal (Eudyptes schlegeli) or King penguins (Aptenodytes patagonicus) on Macquarie Island, but three pairs is really not a lot. Worse, when I arrived in the end of January, all chicks had died. I don’t know the reasons at this particular place, but that fitted the general trend of reproductive failure along the Otago coast. Rangers from the Department of Conservation removed many chicks and brought them to the wildlife hospital in Dunedin this year, when they found them starving on their nests.

See below the video of a release (adult penguins in this case):

The consequence was that penguins’ coming and going was a bit more random than expected. Under normal circumstances, when a chick is on the nest, the parents (first only one, while the other keeps an eye on the baby, then both) leave the beach at dawn and come back in the evening. They spend the day at sea, chasing small fish, squids and crustaceans between 2 and 25 km from the coast, which they bring to their chick when they are back on land. With no youngling to feed, some birds did not come back every evening, so we always wondered how many we’d see.

Here’s how it worked.

At 4pm, I met Beth and Kat at the platform that overlooks the beach. From the UK, they were on a working holiday like me, and had been volunteering at Sandfly Bay for a while already. They introduced me to my tasks, and we shared a few shifts in the following weekends before they left the region.
We drifted down to the sea, following a dirt track that quickly turned to sand. We picked up the signs and set them up on the dune. “No access”, that’s what they said. Yellow-eyed penguins can be quite shy, so we wanted to be sure they had enough space to live their lives. As I’ve said, there was no chick left, so no risk of parents being prevented from feeding their progenies, but they still came to land in the evening.

Sometimes, there were people on the beach in the “forbidden area”, as they had come before the volunteers arrived and set the signs up. However, when we went to them, explained the situation and asked them to relocate a bit further down the beach, we only met interest and kindness. Usually, visitors were not aware this was the place where penguin would arrive, but they would stay around with us and hope to see one emerge from the waves.

The two questions we heard the most were “how many are there?” and “when are they coming?”. The best answers we could give were “there were 6 breeders, but we don’t really know how many will show up tonight”, and “between 4pm and 9pm”. So we would wait.

I loved seeing the penguins every time, however the thing I liked the most there was watching visitors turn so happy when one would finally show up! The joy, the excitement, that was my fuel for going there and spending hours in the wind. We would watch the clumsy creatures rise from their belly-landing, awkwardly walk up the beach, shake up their body and wiggle their diminished tail, preen and then start the ascent up the dune. 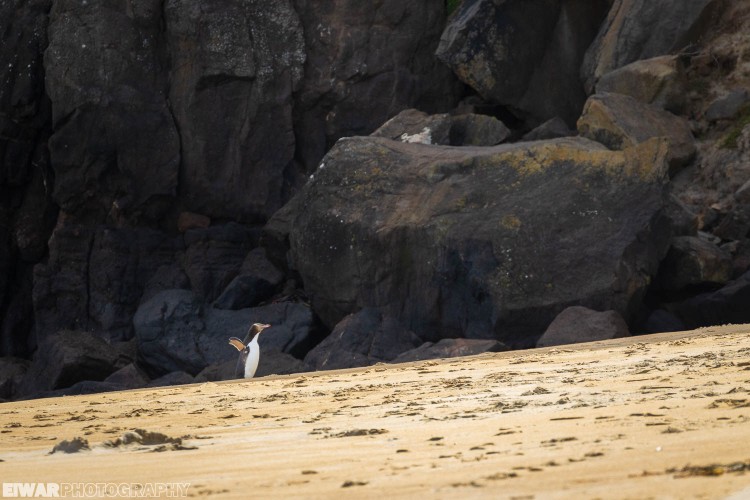 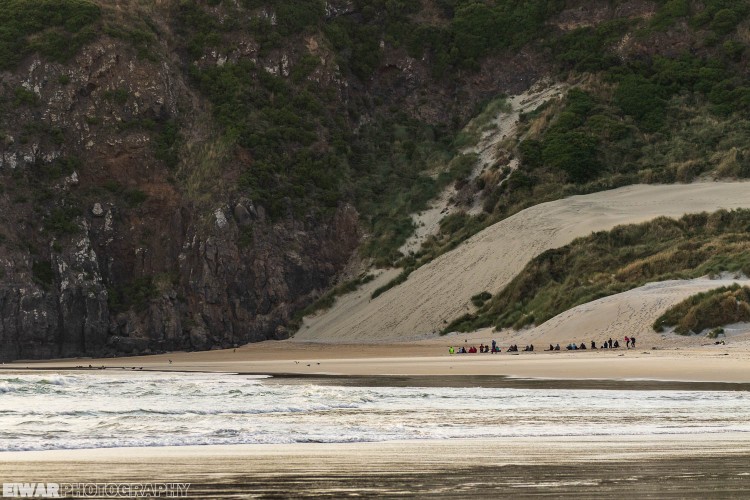 People lined-up to watch the penguins, with a volunteer in the high-vis vest on the left. The penguins dwelt on the top half of the last stretch of sand going up.

More often that not, I lent my binoculars to people who didn’t have any, for them to see better. A big challenge was to show a penguin that was half hidden in the tall grass. For me, it’s already not easy to describe where a bird is in English, but it gets really tough when someone has never watched birds and is therefore not used to these kind of instructions. I found it quite practical to take a picture of the scene with my phone, and then show on the screen where they should look. At that distance, the penguins were pretty small, but they always managed to see them ❤ It worked really well with kids.

I had some great discussions about wildlife in general and life in New Zealand, with other work-holidayers, travelers from all around the world and locals, and I can say I met great people on that beach. This human aspect was really the best part of the “job”.

The Yellow-eyed penguins were the stars of the show, with the New Zealand sea lions (Phocarctos hookeri) as close seconds. Those huge seals used the beach as a resting ground between foraging trips at sea, and there were always a few lying in the sand. Most of the time they were sleeping, but sea lions can be playful and also very fast, and they have powerful jaws, so we tried to make sure visitors kept their distances. 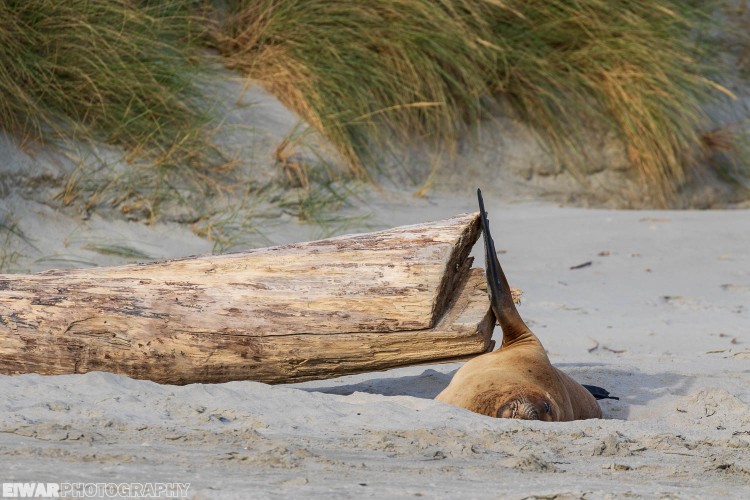 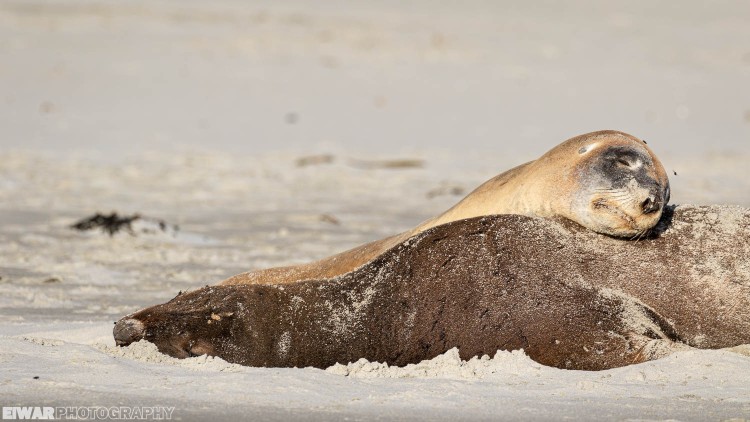 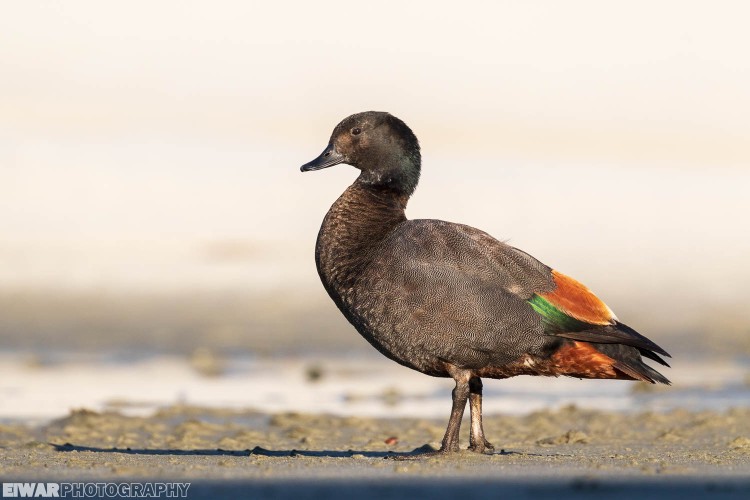 Those were happy days. Over the course of two months, days got colder and shorter, visitors and penguins became less numerous, and the urge to be on the road again grew within me. In the beginning of April, I started my migration north. 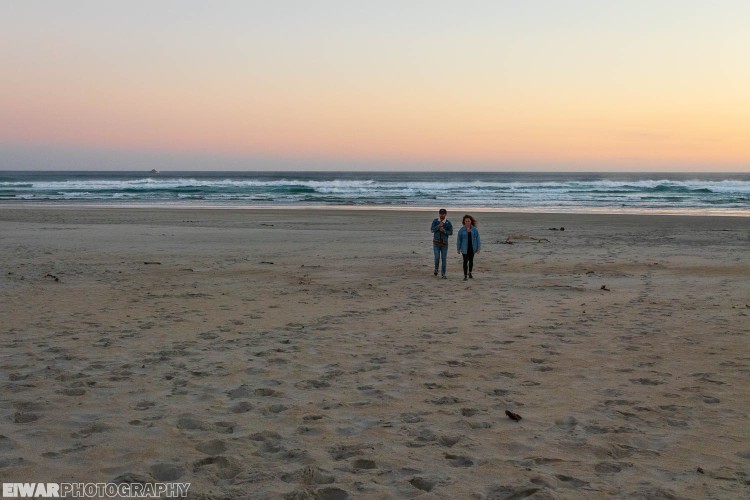 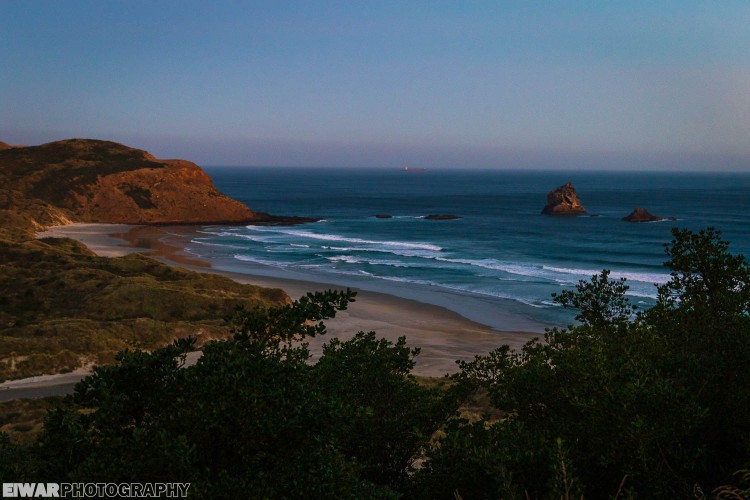 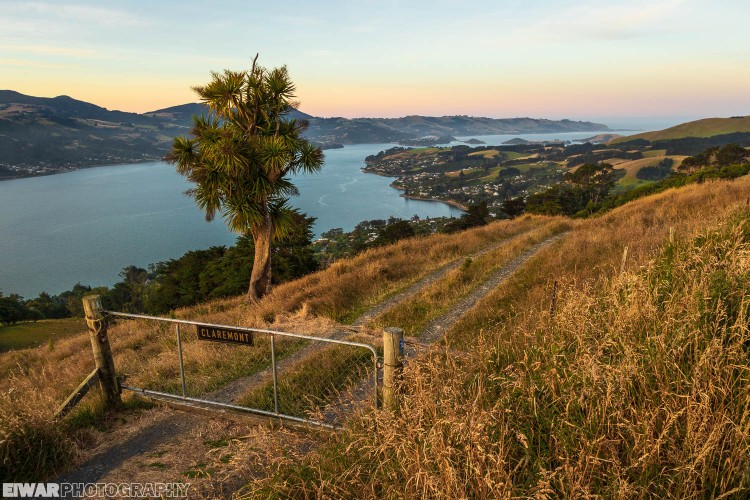 View on the Otago Harbour, on the way back to Dunedin 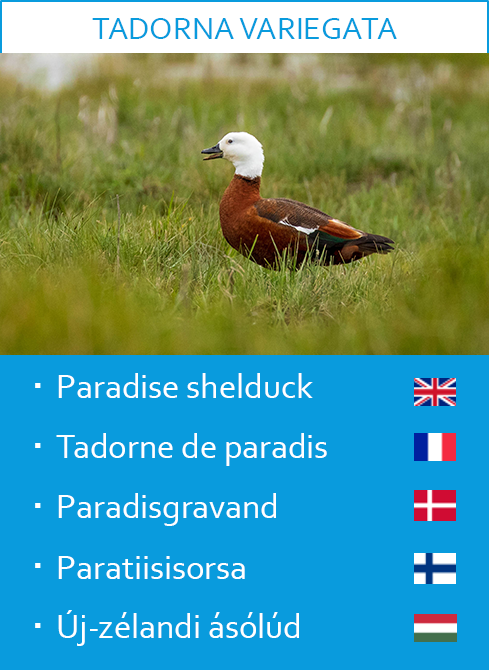 6 thoughts on “Volunteering for penguins at Sandfly Bay”