This autumn had been hard. The year before, it had snowed a lot in Helsinki in November, but none of this this year: rain was all we got, and not a small measure of it. Particularly irritating were the sunny days during the week, when all weekends were cloudy and rainy. That allowed me to edit a lot of pictures, but the spirits were definitely not high in this period. Viaporin kekri was an interesting event, but it was as gloomy as the whole period. The festival’s motto, “end of light, beginning of darkness”, seemed particularly accurate.

But then, a few weeks later, surprisingly, the weather forecast promised “some light” during daytime, on a weekend. I readied my gear and set sail to Suomenlinna (my favourite place in Helsinki).

END_OF_DOCUMENT_TOKEN_TO_BE_REPLACED

You know I love Suomenlinna. It’s even my favourite place in Helsinki, ahead of Seurasaari.

There’s magic on these four islands that form a UNESCO World Heritage site. I love Finland for its serenity and simplicity, and Suomenlinna truly exemplifies these traits, provided you go there at the right time. Avoid the sunny weekend days, embrace the weekday evenings, and you shall be rewarded. Its status attracts visitors, but they are spread on a large surface, so it’s not hard to find yourself alone, facing the waves or the city. 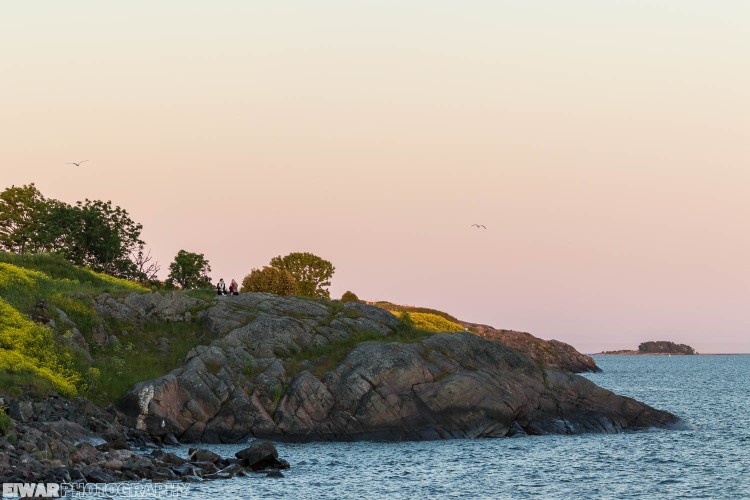 END_OF_DOCUMENT_TOKEN_TO_BE_REPLACED

On the first Friday of the month, there is free entrance to Kiasma, Helsinki’s museum of Contemporary Art. Since the exhibitions change constantly, I like to take advantage of this opportunity to “culture” myself. I visited with my dad in February, but the first time I was there was in September last year, and I showed it to you here -> click!

The first exhibition was ARS17, showing works heavily influenced by digital media. The best one was maybe ASLAP (AS Long As Possible), by Juha van Ingen. A 1000-year long animation showing but a number for 10 minutes, then the next one for the next 10 minutes, etc. After 1000 years, the animation starts again. Yes. 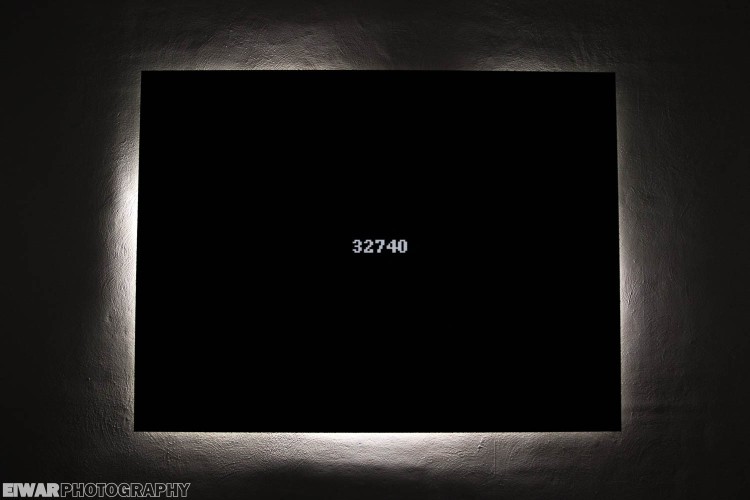 END_OF_DOCUMENT_TOKEN_TO_BE_REPLACED

As night fell over Finland, I went to Suomenlinna. Again.
Viaporin Kekri, the night of the spirits, was organized there. The revival of an old festival of harvest, this celebration brought forth culture and history, opening hidden places to the public for all kinds of performances that exposed echoes of ancient times.

END_OF_DOCUMENT_TOKEN_TO_BE_REPLACED

This is the story of a failed endeavour turned into fruitful exploration.

Last May, I wanted to see the blossoming cherry trees. I went to Roihuvuori, where the so-called “cherry park” (Kirsikkapuisto) was opened in 2007, with trees sponsored by the Japanese community in Helsinki. Every year, the Japanese spring festival, Hanami, is celebrated there. Alas, I was one week too late, and there was nothing left in the trees. I found myself alone on the other end of the city, with the very reason why I was there, well… gone. 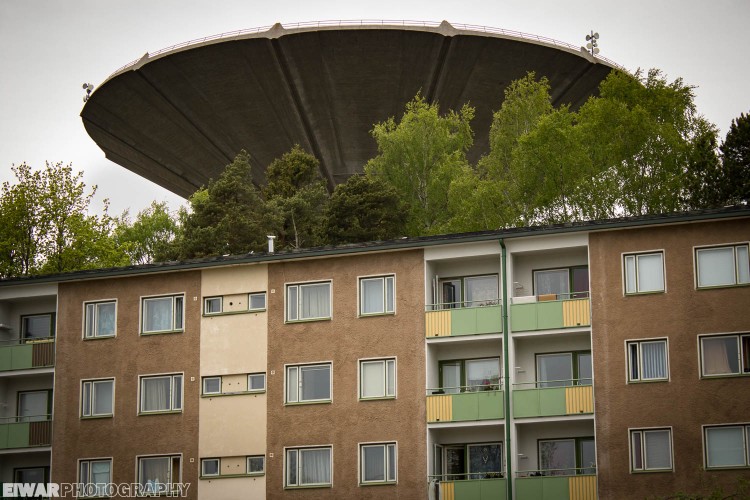 END_OF_DOCUMENT_TOKEN_TO_BE_REPLACED

Now that I’m finished with Hungary, I decided I would post some more recent stuff (Marci will like that :p). Therefore, from now on we will follow two timelines in parallel: the one we’ve always followed, which continues, and a new one, which starts now (I haven’t decided yet whether it would go forward or backwards… maybe both, which would actually make a total of three timelines… :D). Don’t get lost!

Autumn had been quite interesting. No real cold spell, but a lot of rain. Sometimes, it had rained for three days straight, and each morning, on my way to the office, I could see the ditches were fuller and fuller. Last weekend, at last, the skies cleared and the temperature dropped close to zero. I had been forced to postpone an excursion with my friend Mark two weekends in a row, because it was raining all the time, but finally, this was our chance!

I offered him to join me during the morning, but to my great surprise, he said he would join me on my sunrise-seeking trip. We arrived in Viikki at 7.30, long before the actual sunrise time. So we walked to the edge of the reedbed, following paths I now know by heart. I showed him some birds, like this Blackbird (Turdus merula) singing on a wood pole by the side on the duckboards. Well, in the dark of the woods, we could barely distinguish its outline, but we heard it loud and clear!

Leaves fell around us, and I was startled every time one reached the ground. “Is there a bird foraging on the ground? Was there something up there that made it fall in the first place?”. But no, most of the time the leaves had decided to fall on their own.

No crazy hue colored the clouds when the sun came, but the view from the bird tower was nice.

END_OF_DOCUMENT_TOKEN_TO_BE_REPLACED

April, this year. After a long winter, days had started to get slightly warmer (not warm yet, but warmer) and longer, and some birds had returned from the south. It had been quite a long time I hadn’t been to my favourite place in Helsinki, so I decided to visit it again.

END_OF_DOCUMENT_TOKEN_TO_BE_REPLACED

HAM, like Helsinki Art Museum. Sorry, we’re not going to talk about food 😉 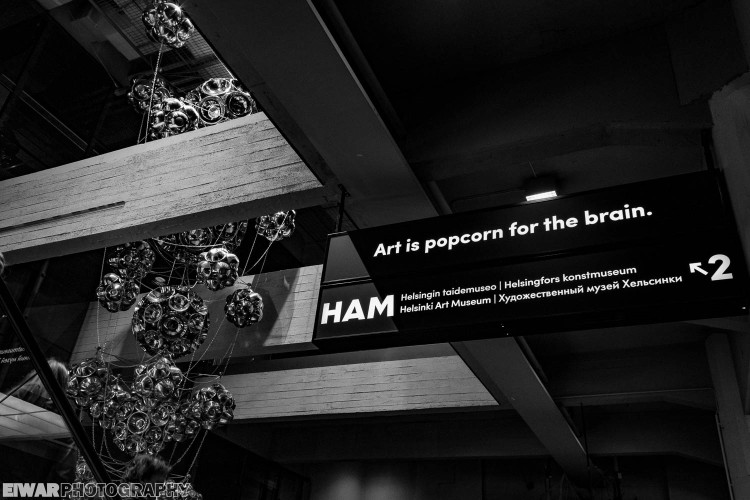 …or maybe we are?

Tennispalatsi hosted a retrospective exhibition on Yayoi Kusama, “one of the most famous artists in the world”, though I had never heard about her. We visited the museum on New Year’s Eve (after Finlandia-talo), as it was free during the evening. Before going upstairs. to the bigger hall, we got introdued to Kusama’s life by a slideshow presenting the most important events of her life.

END_OF_DOCUMENT_TOKEN_TO_BE_REPLACED

2017 will see Finland celebrate its 100th birthday, and to start the year, many events were organized in Helsinki on New Year’s Eve. Among those, one looked particularly appealing: a free visit to Finlandia-talo, a congress and event venue designed by the maestro himself: Alvar Aalto, maybe the most famous Finn in history. I didn’t know that visits were organized regularly, so it seemed like a unique opportunity, and I was really happy when the woman at the desk added a line for me, even though the visitor list was supposed to be already full. I’m not going to give you a historical overview of the building; instead, I’ll show some visual details and tell some anecdotes that our friendly guide showed us.

END_OF_DOCUMENT_TOKEN_TO_BE_REPLACED

When people think about the Finnish winter, their first thought usually is: “snow”. And then, when they get to know the country a little bit more, especially the south of it, they think: “grey”. Yes, snow but not enough to cover everything, and then it melts quickly, creating this depressing pools of slush stirred by the passage of cars and buses. Not to mention the clouds.

I totally understand this feeling: I love snow, I love to see it fall and hide the roads, and attenuate all the sounds. I love the sight of a city wrapped in a blanket of peace, and I always get distressed when temperatures rise again. When snow stops falling, I hate to see those endless, boring grey skies, and I start dreaming about sunny days. Or more snow. Usually I dream about a return of the snow.

When I went to Kontiolahti to view the Biathlon World Championship, I saw a wonderful sunset over the frozen lake, and it was a revelation: there is beauty out there, waiting for me!