After long months of autumn, winter came to Helsinki, and with it, holiday season. I had not been on a real adventure since September and our road-trip in Lapland, but I had planned something spicy for the end of December. The origin of it all was Sólstafir’s concert in Copenhagen: I wanted to see this old favourite band of mine again, and when I learnt they were playing in the capital of Denmark, they had not announced any gig in Finland yet. I thought it was a good opportunity to visit Denmark again, and see some friends there.

I flew there on Friday evening, and the morning after, I was in the train to Falster and Lolland, two islands in the south of Copenhagen. In Nykøbing F, I met Gert and Hans. I knew them from my year in Denmark, when I had spent two weekends in the area already. We drove to Lolland, stopping in several good birding areas and chatting about birds. I was astonished by the quantity of ducks feeding on the sea or resting on the lakes, including the remarkable Smew (Mergellus albellus) and Red-crested pochard (Netta rufina). I don’t see many raptors in Helsinki, so I was happy to spot a few Common kestrels (Falco tinnunculus) and Common buzzards (Buteo buteo).

END_OF_DOCUMENT_TOKEN_TO_BE_REPLACED

A year ago, I arrived in Copenhagen as a student, and settled in Tingbjerg, somewhere half-way between the center of the city and the university, located in Lyngby. My passion for birds had reignited a couple of months before, when I had bought my telelens, and I knew I would want to see birds there. I didn’t really have any expectation, but I found that the local bird protection society, DOF (Dansk Ornitologisk Forening), had a website with many birding spots located and explained.

I discovered that one of those, Utterslev Mose, was located next to my new dorm. What a great way to start!

END_OF_DOCUMENT_TOKEN_TO_BE_REPLACED

After two days of adventures on our own (see the updated map), the last day in Bornholm was to be in good company: Alex’s stepfather had arranged a meeting with Mogens, a birder from the island. Our journey started in a farm in the south-east of the island: we met a small group of birders there, and the owner offered us a tour to see the rookery established for years in the trees behind the farm. We learnt many anecdotes there, with clear explanations given in English especially for me (thank you!). Rooks (Corvus frugilegus) nest there, but they leave for the winter, feeding on the coast of Bornholm.

After this interesting morning, we drove to Svaneke (I was still behind the wheel), where Mogens offered us a generous lunch. I tasted some delicious marinated herring from Christiansø. I will remember it for a long time! The most exciting thing at Mogens’ home, though, was the garden: in nesting boxes, I found a pair of Common starlings (Sturnus vulgaris) and a pair of Common redstarts (Phoenicurus phoenicurus). 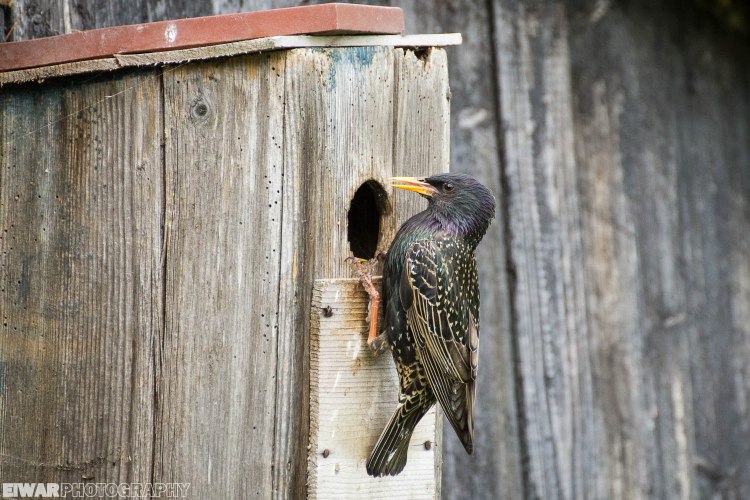 END_OF_DOCUMENT_TOKEN_TO_BE_REPLACED

Some news about me: I have finished my studies. I got my master, and I’m now back to Helsinki, the city I love, for some time. I’m looking for a job, but in the meantime, I enjoy the lovely weather and the gorgeous birds.
I’m very late and I have many pictures to show you. We start today with a sunset I saw next to where I live, in Copenhagen. Generally, sunsets with some clouds are the best, because, after disappearing under the horizon, the sun reflects under them in an explosion of colors. That day, I was afraid there would be too many clouds, and when I arrived on top of my favourite hill, the sun was hidden.

END_OF_DOCUMENT_TOKEN_TO_BE_REPLACED

Soon after my escape to Skagen, I visited Bornholm. A Danish island located south of Sweden, it is home to a variety of sceneries quite different from what I’m used to around Copenhagen, including cliffs, sand dunes and dense forests. I was with my friend Alex, who invited me to spend a few days there at his family’s place (during the nights) and on the roads (during the days). Here is a map of our peregrinations.

These were mad days, as you can expect from two like-minded people fond of nature and discovery. We were lent a car by his family, but since Alex doesn’t have a driving license, I was the entitled driver all day long. Given that I hadn’t driven since January, I was really nervous at this idea, even though I knew I would do it. My nervosity increased when I saw that our coach was an old gasoline Opel sedan, quite the opposite of the small diesel Renault Clio I’m used to when I’m at home. But no worries, after short-lived hesitations for the first steps (ok, wheel turns maybe), I got quite used to it, and discovered a car very comfortable and easy to drive. At that moment, I was pretty sure we would survive this ride… (spoiler alert: we did!).

So here we were, driving east from Rønne en route to Ekkodalen. A Northern hawk owl (Surnia ulula) had elected to stay on the island for weeks, probably the young bird that was found injured and healed at the local “raptor show center”. It was sighted the day before our arrival right in front of the house in Ekkodalen, so we set sail with high spirits; alas, the bird was nowhere to be found that day. Anyway, we took a walk in the forest, enjoying the warm weather and the numerous birds swarming around: Common ravens (Corvus corax), my first European honey buzzard (Pernis apivorus) in Denmark, Eurasian jays (Garrulus glandarius) in the pine forest, Common whitethroats (Sylvia communis) and other passerines… we tried the echo place (Ekkodalen means “the echo valley” in Danish), but weren’t convinced.

After a nap in the ruins of an old castle, we drove to the eastern coast of the island, bought some food in Nexø and walked along the sea. We saw some birds there, among those many ducklings, but soon time forced us to go back to Rønne. After a delicious dinner, we headed north. Our plan was to see the sunset from Hammeren, a rocky peninsula guarded by the castle of Hammershus. We arrived there just as the sun started to hide behind a thick layer of clouds (but the light while we drove was gorgeous!), and started to walk along the cliff. Soon, we could witness black and white shapes flying from the open water to a place hidden from view, down there. Razorbills (Alca torda) nesting in the cliff! From where we stood, it was impossible to see the eggs or the chicks, but I felt elated. I knew there would be more coming on the day after, though. Herring gulls (Larus argentatus) nested on top of the cliffs, in the grass, and a group of sheep we scared received an aggressive welcome when they arrived a bit too close to the eggs.

END_OF_DOCUMENT_TOKEN_TO_BE_REPLACED

As you know, I visited Skagen a second time after my visit there with my parents. I was there between the 5th and 8th of May, for the Bird Festival that takes place every year on the first week-end of this month.

After travelling 8 hours in bus and train, I reached the top of Denmark at 5 in the afternoon. The sun was shining bright, but when I tried to go to the supermarket, I found the door closed. On Ascension Day, like on most holidays (and Danes have quite a number of those), stores are closed. At least the stores I go to (and it’s not the first time it happens to me). Anyway, this time I had anticipated, and had enough food to survive a day.

I had booked a bed in the dormitory of the hostel, to discover that I would be alone in the room for two out of my three nights there. I must confess it was difficult to choose a bed among the 12 available…
A word about the hostel: there’s no locker, and the shared facilities (bathrooms/kitchen) are very small. It was ok for me, as there were very few people when I visited, but I can’t imagine the chaos (and the fear for one’s valuables) during high season.

END_OF_DOCUMENT_TOKEN_TO_BE_REPLACED

For a few weeks, the waters of Utterslev Mose have been teeming with younglings. The first to arrive were the Greylag goslings (Anser anser), followed by the Mallard ducklings (Anas platyrhynchos).

END_OF_DOCUMENT_TOKEN_TO_BE_REPLACED

“House of Music” is a concert venue in Aalborg, home of the Aalborg Symphony Orchestra and the Aalbord branch of the Royal Academy of Music. The building is brand-new, it was completed in 2014, and it’s quite good looking. Well I guess it depends on your personal tastes, but as we were walking along the Limfjord in Aalborg, it caught our attention. I guess that’s what they call Nordic design 😉

END_OF_DOCUMENT_TOKEN_TO_BE_REPLACED

Råbjerg Mile is a moving dune located around 15 km south of Skagen. What an odd sight to see this heap of sand emerge from the pine forest. 40 meters high and covering an area of 1 square kilometer, the dune moves 15-20 meters to the East every year, leaving behind it a barren land occupied by small lakes.

END_OF_DOCUMENT_TOKEN_TO_BE_REPLACED

Finally, we arrived to the top of Denmark. After a rainy day and a couple of windy days, we saw Skagen under the sun. That doesn’t mean that the wind stopped; rather, it blew stronger, and gave us no respite. Still, I understand why the area inspired so many artists in the 19th century: it’s spellbinding.

We arrived in the evening, and immediatly visited Højen. The Old Skagen (Gammel Skagen) is THE hotspot for sunset viewing in the area. A cute village with colorful houses, a rock beach, benches and a kiosk conveniently called Solnedgangkiosken, or The sunset kiosk. 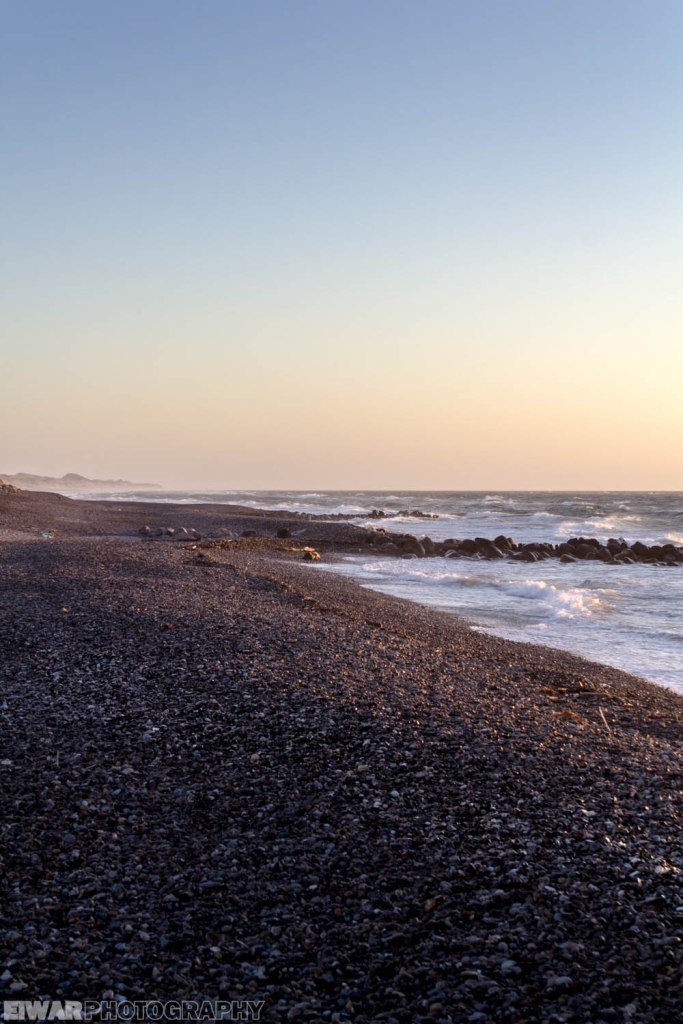