After Pallas-Ylläs and Kilpisjärvi, our autumn adventure in Lapland took us to Pyhä-Luosto National Park, further south and east, near Kemijärvi. I was eager to return after a single night spent there 3 years before, with friends from France. This time we had 4 nights, so plenty of time to explore more!

END_OF_DOCUMENT_TOKEN_TO_BE_REPLACED

After an earlier post about the Pallas-Yllästunturi National Park, it’s time for me to talk about my first visit to Kilpisjärvi. And what a visit it was!

END_OF_DOCUMENT_TOKEN_TO_BE_REPLACED

It was that time of the year, again. Temperatures going down, trees turning yellow, orange, red.

We didn’t have so many plans for this corona-year, so fortunately not much got canceled, but after 2 weeks in Vivien’s family in Hungary in August, we felt like we could do something inside Finland. Vivien had never been to Lapland, so we decided it would be our next destination.

END_OF_DOCUMENT_TOKEN_TO_BE_REPLACED

Today, I would like to share with you a few more pictures of last autumn. Overall, I didn’t spend much time outside, for it rained a lot, especially… on weekends, of course. However, I spent a weekend at a friend’s cottage near Riihimäki.

We stopped in Hyvinkää, a small town.

END_OF_DOCUMENT_TOKEN_TO_BE_REPLACED

October last year. Not so long before, I was visiting Lapland with friends from France. There, the woods had gleamed of the many colors of autumn. Then we had flown back to Helsinki, to find that autumn had arrived there as well. A few weeks later, my friend Hauke was visiting Finland, for his graduation. We had met at Aalto University 3 years prior, and so a chapter was closed.

After the party, he stayed at my place for a couple of days. As often when I have guests, I suggested a little adventure; that’s how we found ourselves westbound, in a rental car, for a walk in Teijo National Park. This is a forest-and-lake area (like many in Finland, let’s be honest), which emblem is the Grey-headed woodpecker (Picus canus). We didn’t see that bird, but we had a good hike.

END_OF_DOCUMENT_TOKEN_TO_BE_REPLACED

I have now finished my trip report regarding our week in Lapland last September. My original idea was to go there for the ruska, the colors of autumn. Then I “hired” two friends from France, Sylvain and Alexis, and their first question was: “can we see northern lights?”. So obviously the lights became our secondary goal, one we didn’t really dare believing in given the weather, but which we eventually reached!
As a result, this trip was a real success, and we were all very happy about it.

Please find below links to all the articles I wrote. I’m very happy to hear any comment you may have, or to answer questions 🙂 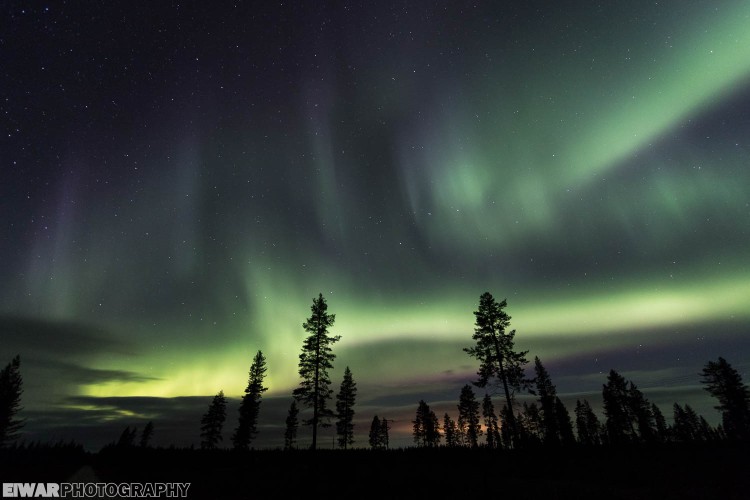 In this article, I explain some practicalities about our journey. Welcome 🙂

END_OF_DOCUMENT_TOKEN_TO_BE_REPLACED

After our glorious day in Lemmenjoki, we left with no hurry, and took the southern road to Kittilä. After an hour at high speed on this deserted drive through hills and swamp areas, asphalt gave way to soil and gravel, and we slowed down.

A replenishment stop in Sodankylä later, we were driving south, but soon we turned left. 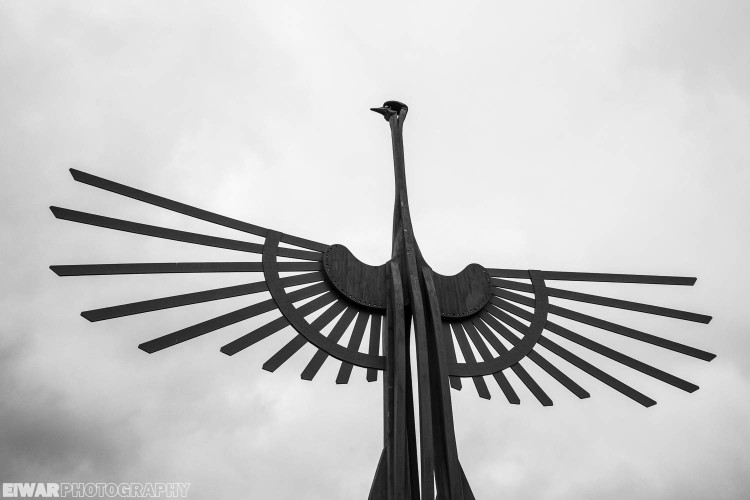 END_OF_DOCUMENT_TOKEN_TO_BE_REPLACED

Lemmenjoki National Park is the largest national park of Finland. With 2,860 km², it’s just ahead of Urho Kekkonen National Park (where we saw Kuukeli for the first time!) and its 2,550 km². The third one, Pallas-Yllästunturi, is far behind, with 1020 km².

More than its size, though, what strikes the traveller when he arrives in Lemmenjoki is the remoteness of the place. From Inari, we took a road to the south… and suddenly, we were alone. OK, sometimes you see a Hotel sign pointing straight into the forest, or some houses. We stopped before the park to meet Jouni. This was not a period of tremendous activity, but he tried to show us some birds. We saw a Black-throated diver (Gavia arctica) on the lake, and a pair of Whooper swans (Cygnus cygnus), but the best was the Siberian tit (Poecile cinctus), a tough cousin to the Great tit (Parus major) so common further south, but inhabiting only northern forests. It stayed high in the pines, but it showed well, and my two friends managed to see it correctly. 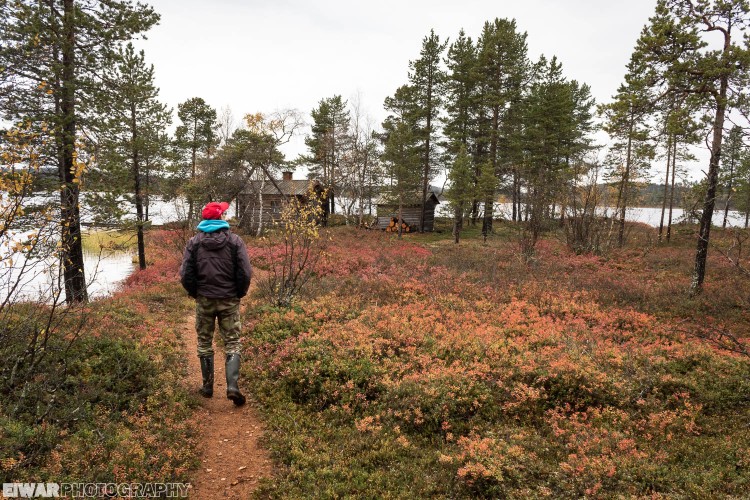 END_OF_DOCUMENT_TOKEN_TO_BE_REPLACED

We are now back to Lapland, for the end of our September trip.

From Rovaniemi, we have driven north, and after 3 days, we have now reached the shores of Lake Inari. If you remember, the weather was not particularly good in the previous days: low clouds were our daily lot, complemented with permanent drizzle and soaked soils. It hasn’t improved.

END_OF_DOCUMENT_TOKEN_TO_BE_REPLACED

Our journey started in Rovaniemi. We went grocery shopping, then we headed north.
Our first house was to be an AirBnB in Sassali, near Sodankylä. We had a few hours to reach it and still arrive before dusk, so we took our time, and stopped in the Arctic Circle Hiking Area, walking a few kilometers in the forest while miraculously avoiding the rain (well, too much of it at least…).