It was difficult, but I managed to shake myself off sleep early enough to be at Sandfly Bay for sunrise. On this remote beach, I caught a fleeting glimpse of a Yellow-eyed penguin (Megadyptes antipodes) leaving its dwelling for the sea, but the bird was far away. Like the evening before, there were a few New Zealand sea lions (Phocarctos hookeri) resting in the sand. Ironically, in this wild place, I only made pictures of common birds: gulls, oystercatchers and shelducks.
In Dunedin, I met Karen Connor, coordinator of the volunteer program in coastal Otago. I will be a volunteer at Sandfly Bay next year, welcoming the public to the area, so she explained me the job.
Then I drove to the Catlins, the rugged coast between Dunedin and Invercargill. My first stop was at Nugget Point, a picturesque outcrop where sits a lighthouse. Nearby, Yellow-eyed penguins nest, and I was lucky to see one come to shore, hopping from rock to rock back home.
After nightfall, I went to the tip again to make pictures of the stars. I wanted to capture the Milky Way, but guess what I found? That’s right, Southern Lights! I didn’t expect them at all, but here they were, first revealed on a long-exposure before showing up loud and clear to the south, forming a tall band with high pillars. An amazing sight, what a surprise! 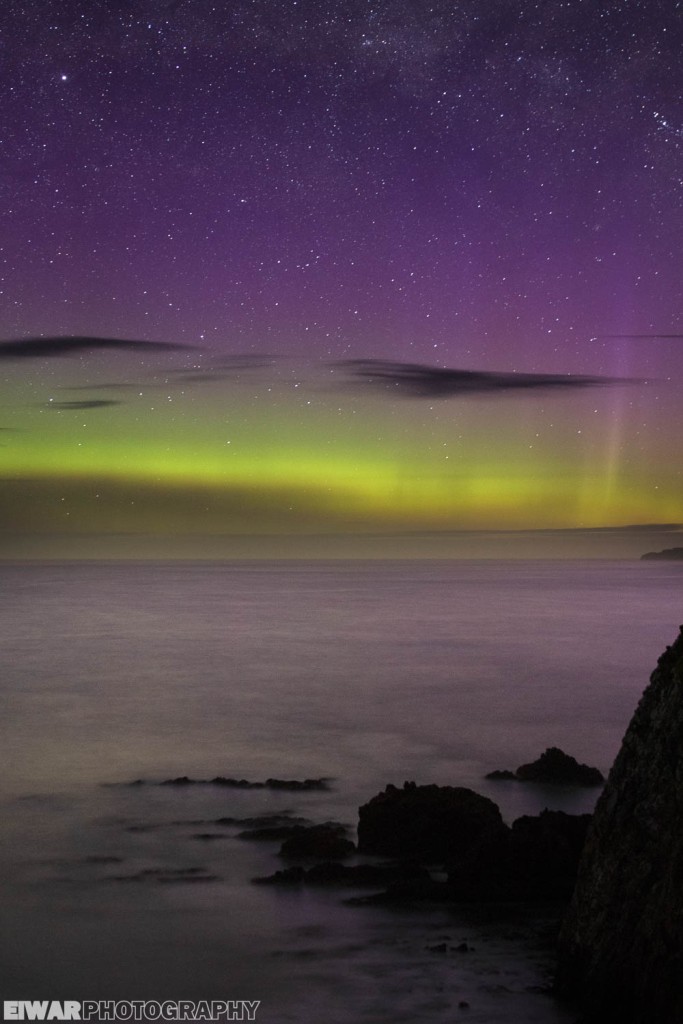 After such an evening, it was tough to get out of bed (spot a pattern here?), but I was just on time to see the sun peek over the horizon. I parked the car further along the beach, slept some more and had a relaxed time, played in the sand like when I was a kid in Brittany, then drove West. I stopped at Lenz Reserve, a supposedly good spot for birds, but in the late afternoon, the forest was very quiet, though I got to see a few Tomtits (Petroica macrocephala). As often, the best birding happened at the car park, where I ticked the Brown creeper (Mohoua novaeseelandiae).
My target was Curio Bay, a spot renowned for it fossilised forest, and its penguins. I saw a Yellow-eyed penguin, coming from the sea again! That seems lucky, for there are only three pairs nesting there, apparently (the woman at the visitor center didn’t seem very eager to answer my questions, but I squeezed this out of her). 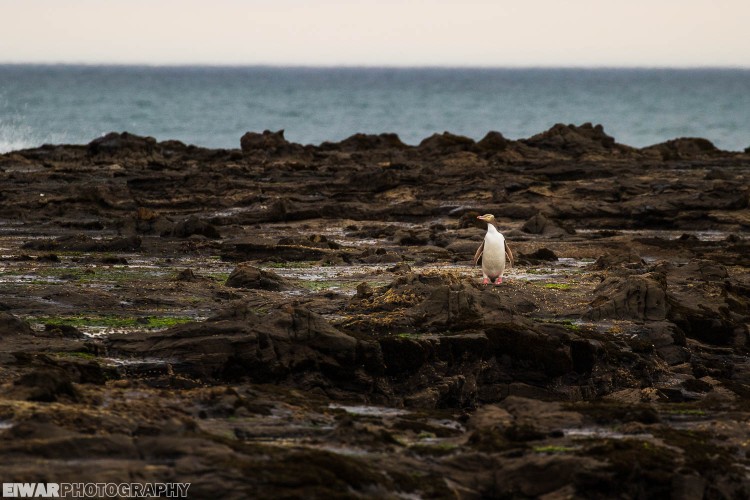 Sunset was glorious. “That’s the first Finnish sunset I see here”, I thought. All sunsets I had seen before that one had poorly compared to those I’d seen in Finland, but this one was a really good one.

This time, I couldn’t get out of bed for sunrise. I took it easy, and went to Curio Bay again. I spotted Hector’s dolphins (Cephalorhynchus hectori) at the bay’s mouth, a New Zealand endemic at high risk of extinction! I got a bit bored of the place and all these calls for donations everywhere, on each sign, even after these good moments. Generally, the more I’m traveling, the more I get depressed by the environment, and the changes it has suffered, compared to what it could be if only we had taken care of it. So far, I haven’t seen much wilderness in New Zealand. I have seen endless pastures, some overcrowded with smelly cattle, with dead trees left to rot. There are jewels of nature hidden here and there, but everywhere I go, I mainly see and hear European birds (blackbirds, chaffinches, goldfinches…). Strange feelings. Am I disappointed? 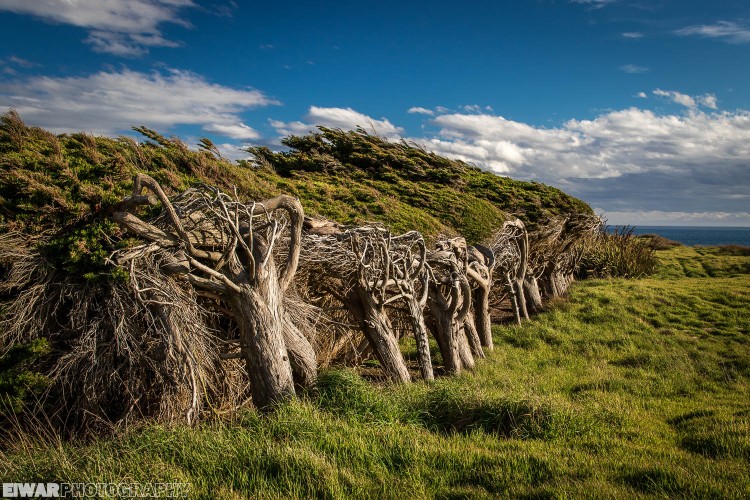 Rain hit overnight and continued until late in the morning. I drove to Riverton and checked in at a holiday park, where I was happy to have a warm shower. I worked on my pictures all afternoon.

I didn’t do much that day either, apart from some hard work on my blog and pictures at the Riverton library. The sun was shining again, and I visited the Waituna wetlands around sunset. Not much to see there, apart from carnivorous plants, but I hoped I would get some good sunrise light on South Island oystercatchers (Haematopus finschi) the day after. 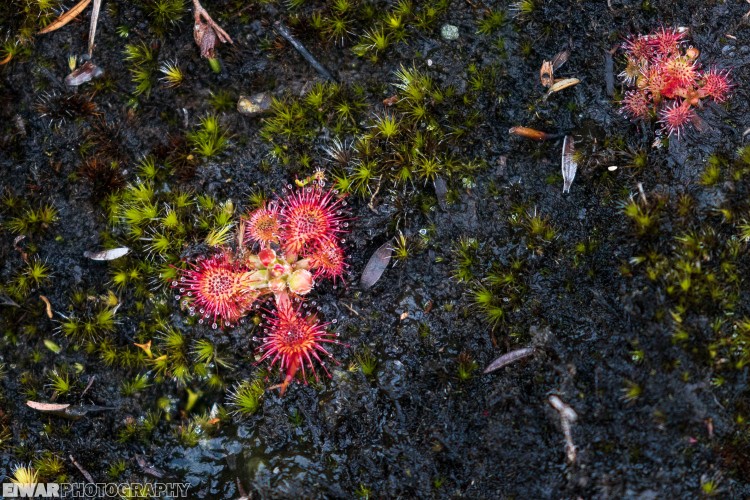 I went to the beach for sunrise (this time I promptly got out of bed when my alarm rang!), and I was rewarded with just the scene I had imagined: a group of 3 oystercatchers, a pair and a young one from last year maybe, in sunrise glow. Beautiful. It didn’t last long though, so I headed to Invercargill pretty early, checking in at the hostel I had booked there. Tomorrow I will sleep in a hotel, and on Monday I’m leaving to the subantarctic islands for a great birding adventure.

When you’ll read this, I’ll be on the way back. Soon, we’ll talk about penguins and albatrosses. Take care!

One thought on “Dear diary #6”