After an enchanted stay in Matamata, among owls and wizards, I move south and east to Rotorua, on the shores of Lake Rotorua.

This town is known for its ubiquitous thermal activity – and indeed, when I arrived, I saw steam come out of the sewers. I should have expected it, but… wow, so unsettling! Then I started to understand the importance of it: spas and baths make use of it, but not only, for every motel advertises their hot pool, and most houses (if not all) use geothermal energy for heating.
In return, the whole town bathes in rotten egg smell. It didn’t bother me too much, but when I got out in the morning, it was always a shock. It reminded me of Turkey, Iceland and Chile. 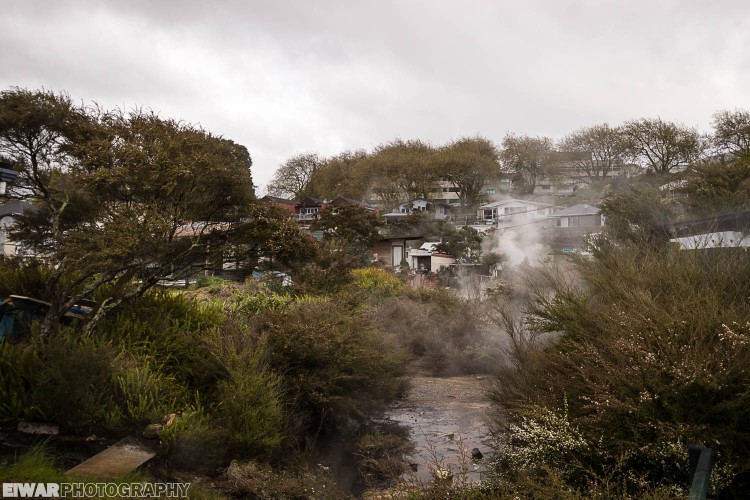 The day I arrived was one with changing weather, but I managed to dodge showers, being in a car under a downpour and on the side of the road when the sun shone. The situation didn’t change in the afternoon, and I had to find shelter a couple of times while exploring Rotorua. 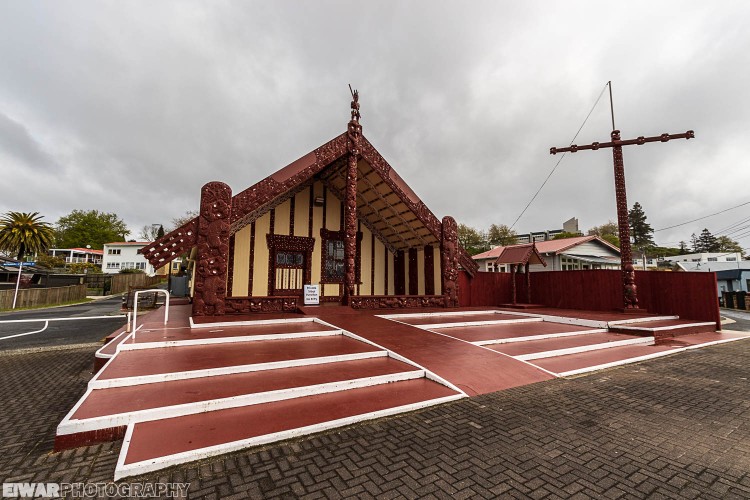 This weather fitted the town perfectly, and I love the eerie atmosphere that emanates from some of these images.

The Rotorua Museum was inaugurated in 1908 as a spa house, but it was not complete, because of funding shortage. It was only finished in 2011! It looks like a much older building, doesn’t it? It is currently closed, because it doesn’t comply with earthquake regulations, and will remain so for several years.

I didn’t come to Rotorua for its hot water, though, and I didn’t even visit a single paying geothermal site. As always, I was interested in birds.

I had met Heather and Roger in Tiritiri Matangi, and they had invited me to stay at their place if I had the chance. To allure me, they “promised” me New Zealand falcons (Falco novaeseelandiaea).
A few years ago, two young falcons were released from the Museum, and they are still fed regularly there – Heather is one of the persons in charge, and one day, as we were about to set dead chicks on the “table”, we saw the male falcon swoop in, stay on the still-empty table for a minute, then fly away. That’s the closest I got to a falcon in Rotorua… but I saw other wonderful creatures anyway! 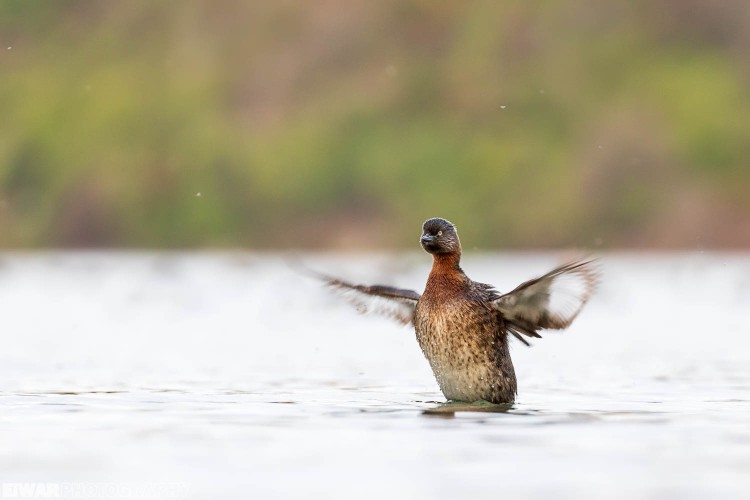 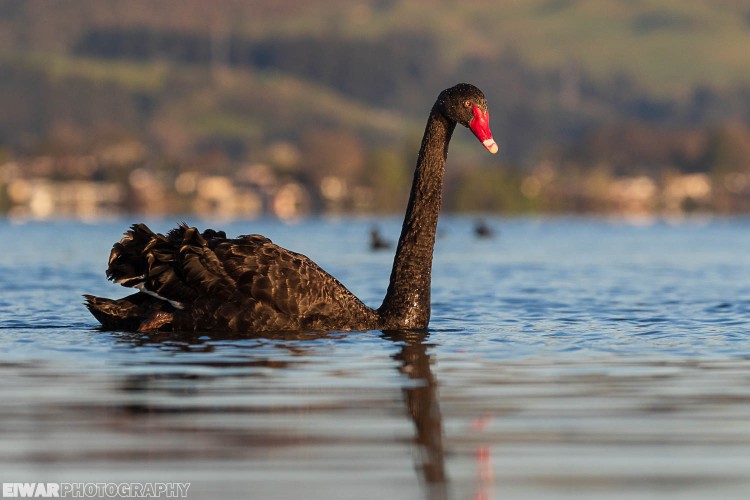 I had a specific vision: a scaup in sunset ligth, showing its green cheek. These bird, like Tufted ducks (Aythya fuligula) in Europe, have seemingly dark heads, until the right light reveals a patch of colour. After seeing photographs from Mike Ashbee showing just that, I wanted my chance at it.

My place of choice was Motutara Point, a small peninsula that extends into the lake from the Government Gardens, behind the museum. There were many waterfowls along the shore, including hundreds of scaups. The challenge was to find a day with the right light at the right time. Night falls fast in New Zealand, and clouds are playful…

I succeeded! It’s not the picture of the century, but it’s what I was after, and I spent great moments with these ducks. 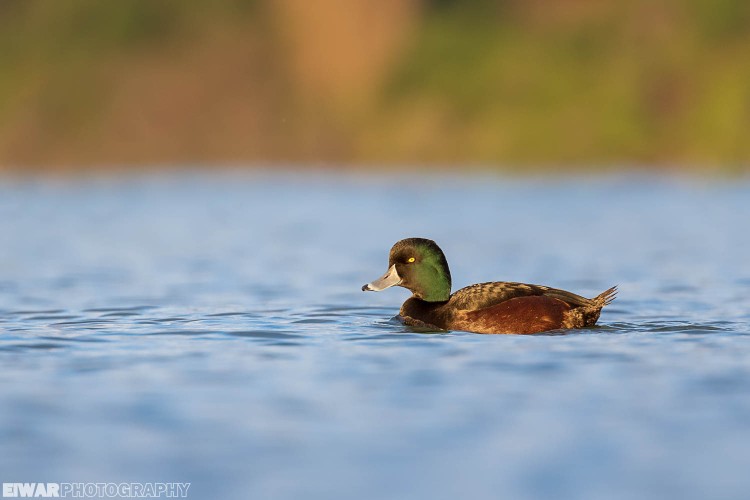 I was back one morning, and got to enjoy a perfect sunrise, with lots of willing subjects. 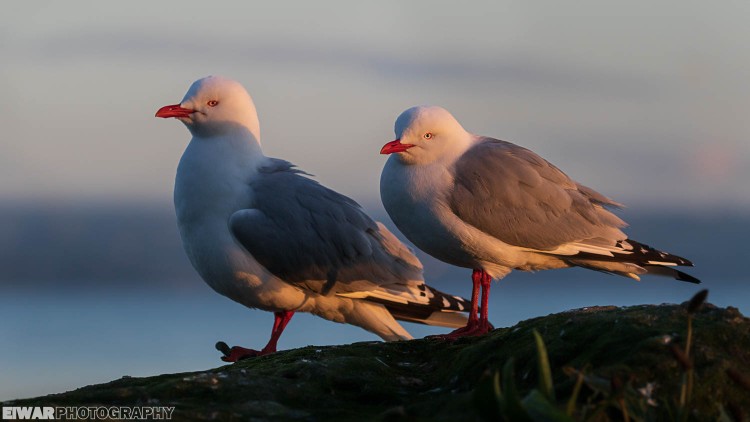 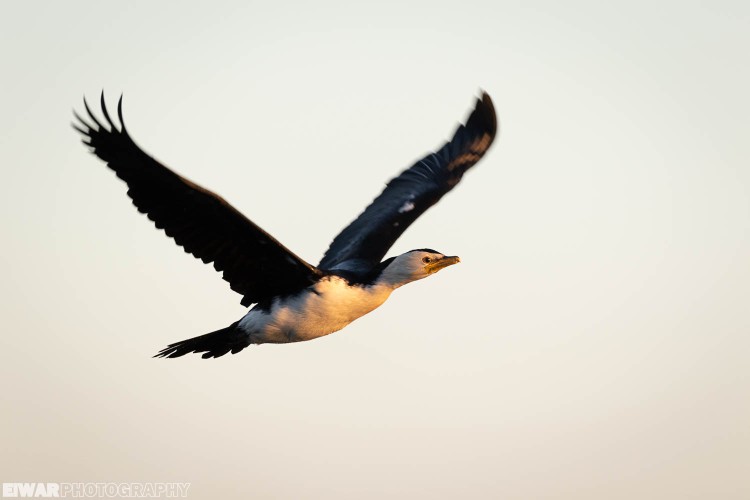 Later, a walk took me to the Redwoods. This planted forest is an attraction of Rotorua, but I didn’t find it fabulous. I like the feel and coherence in the series of photographs I made there, though. 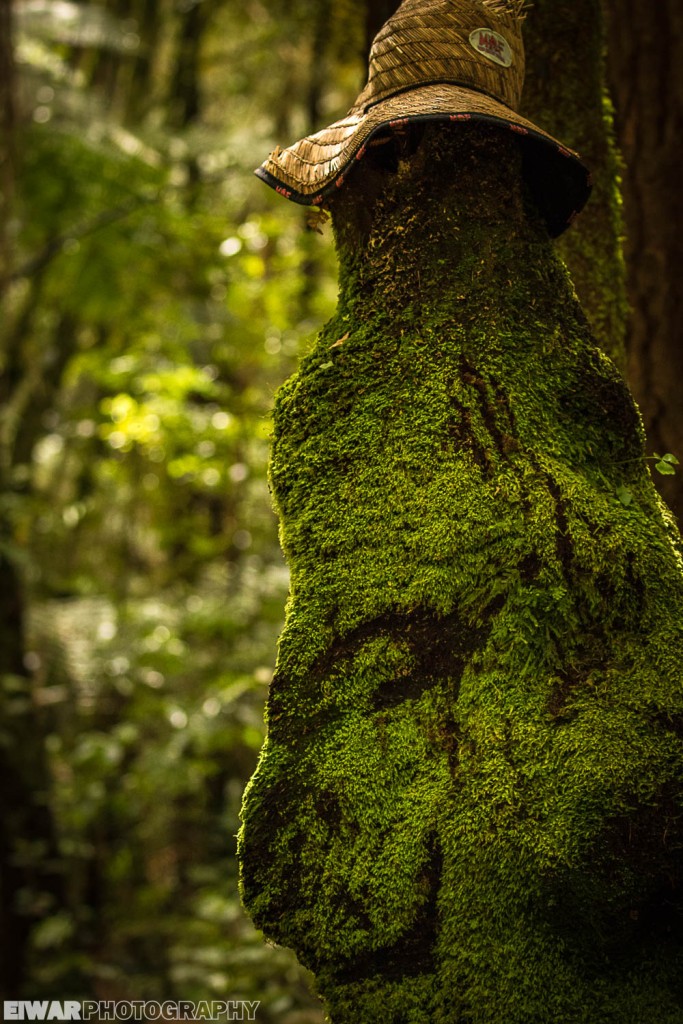 From the top of the hill, I had a good view over the town and the Te Puia thermal field, otherwise a paying sight.

Later that day, I received a message from Tony Whitehead, offering me to join him on a tour to Lake Okareka. Tony is a bird photographer based in Rotorua, and after finding his images on the net, I had contacted him and asked whether we could meet. So we did. I’m always amazed by the generosity of the people of this land!

On the shores of Lake Okareka, we first stopped at a boat ramp. A Eurasian coot (Fulica atra, the same species as in Europe) came in close, feeding on some algae, but the New Zealand grebes kept distant. 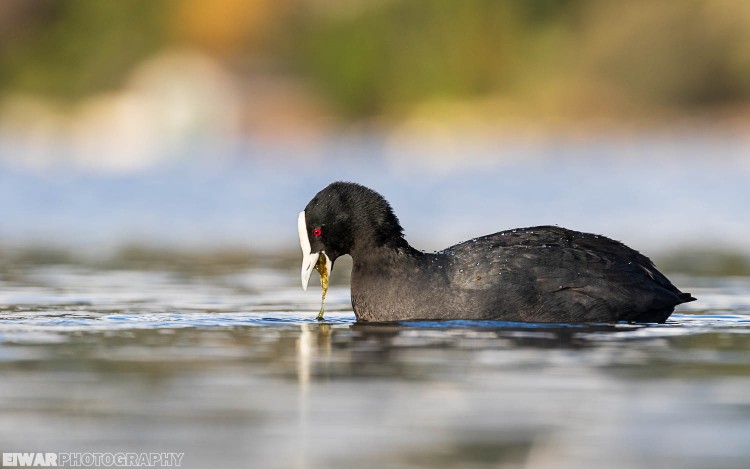 The boardwalk was more rewarding, with lots of birds in great evening light. The show opened with a White-faced heron on the hunt, and closed with Pied stilts on the hunt as well. 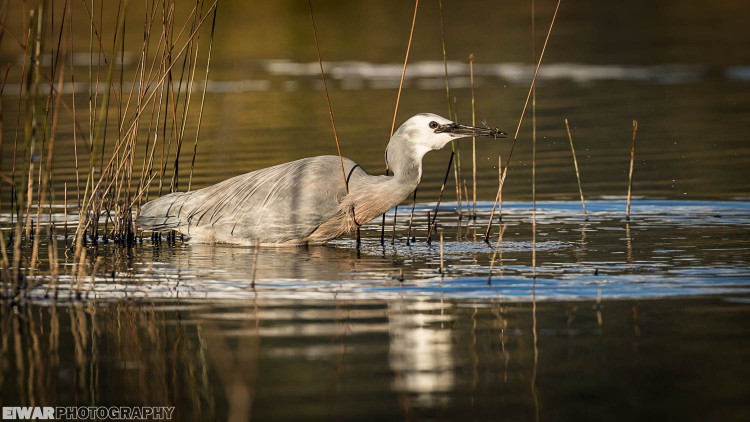 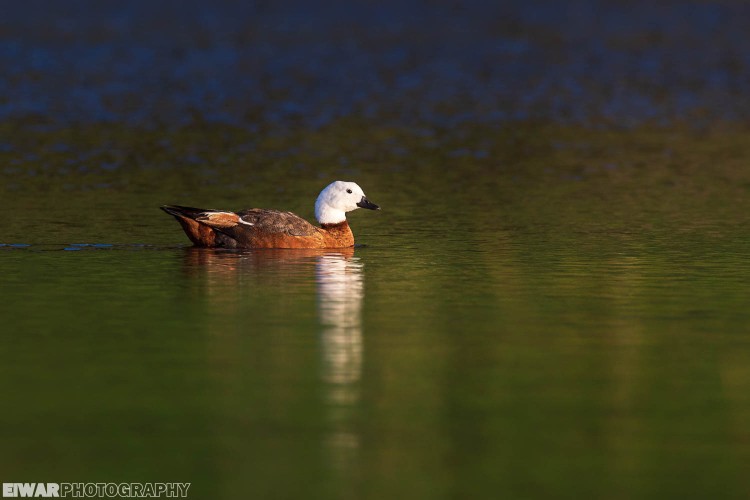 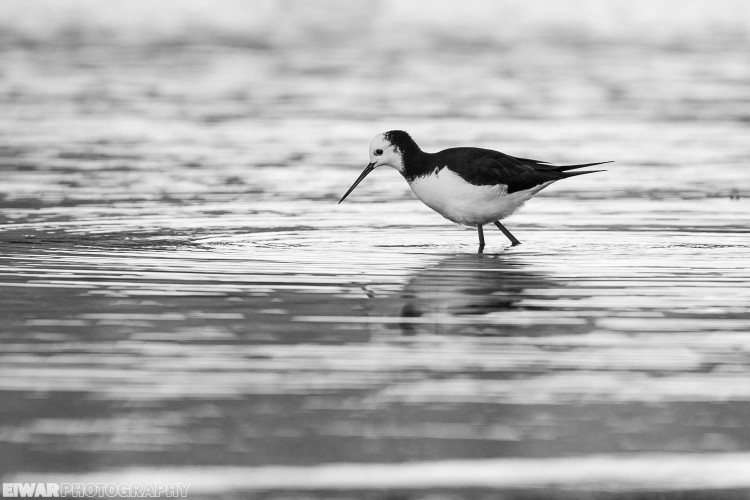 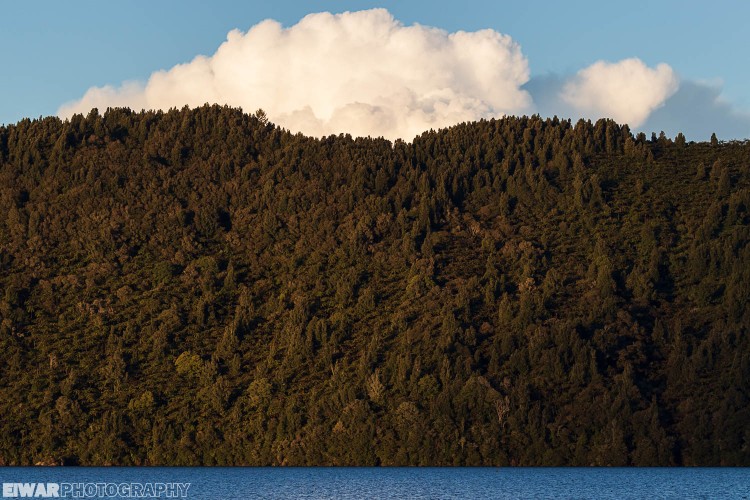 The day after, Tony took me to Whakatane, on the coast. We didn’t manage so many good pictures, but the last light of day offered us a pair of Grey teals (Anas gracilis) dabbling in red duckweed. 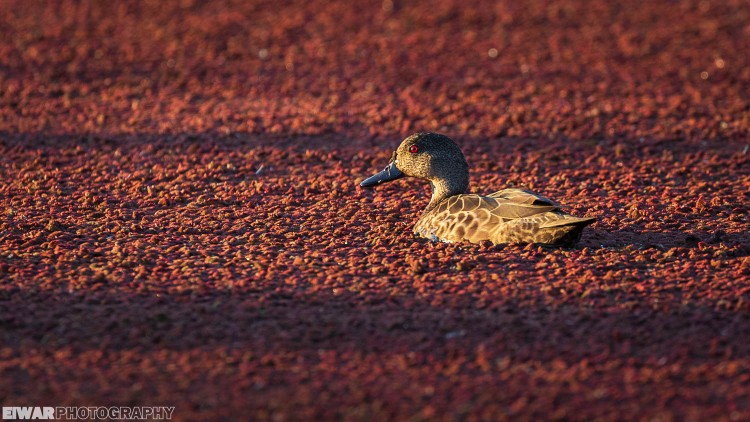 When I left Rotorua, I moved south and settled for a few days in Turangi, on the edges of Tongariro National Park. To be continued…

Thank you Heather and Roger for hosting me, and Tony for the good time with birds. 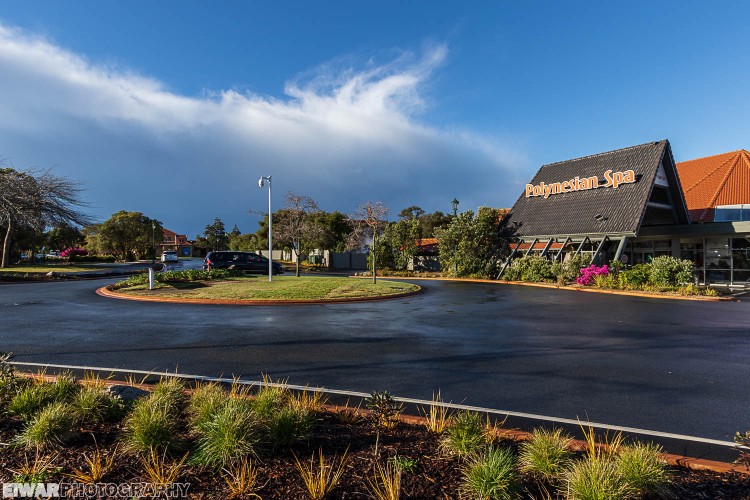 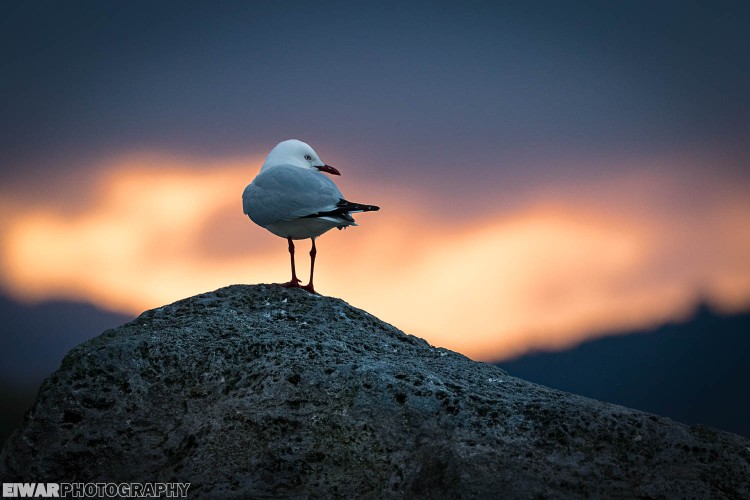 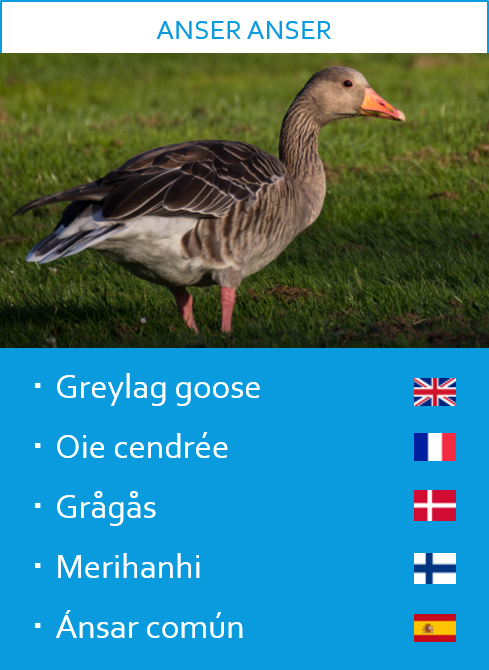 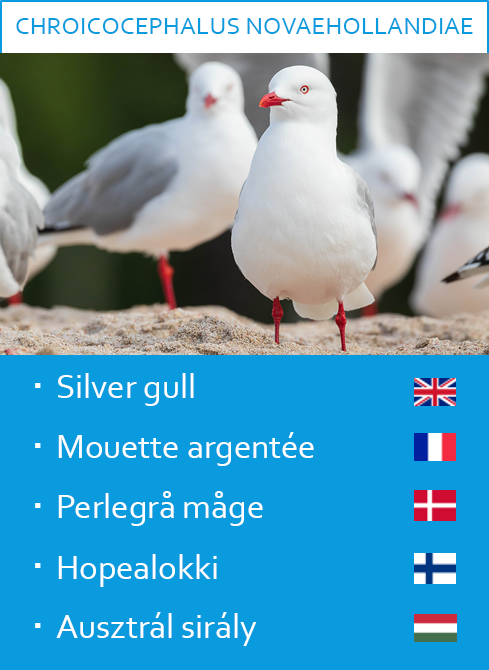 6 thoughts on “Steam and birds”