From Høyholmen, I hoped over the high grounds of Gednje to reach the shore of the ocean. I would have liked to search for birds up there, but heavy showers made me change my mind. Fortunately, the weather improved and I was able to get out of the car in Kongsfjord.

Compared to Båtsfjord, which hosted us in winter for some memorable moments, that fishing town is very tiny, and thus very quiet. Well, quiet in terms of human activity, because there were lots of birds: Black-legged kittiwakes (Rissa tridactyla) nesting on the old harbour buildings and Common terns (Sterna hirundo) nesting on the wooden piers, while a large group of Arctic terns (Sterna paradisaea) rested in the harbour before continuing on their way north.

Kongsfjord was not my destination that day. I wanted to go further, to the end of the road: Berlevåg awaited. Between the two settlements, a spectacular landscape of rock and water, with the road winding at the bottom of the cliff, directly dug into stone, and the ocean raging on the other side. To add a layer of drama, heavy rain came and went, bringing changes in luminosity. In my car, I felt small and vulnerable. 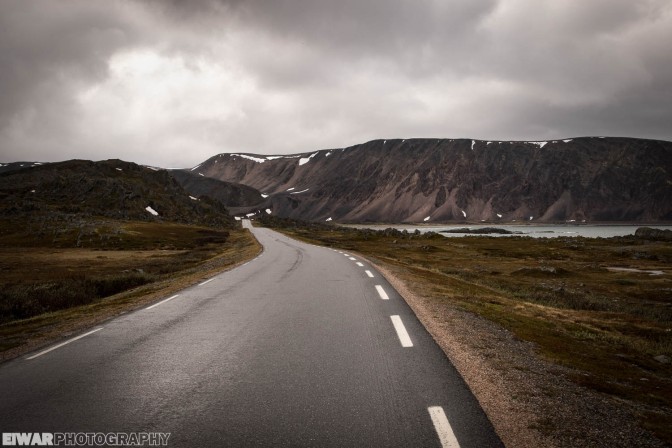 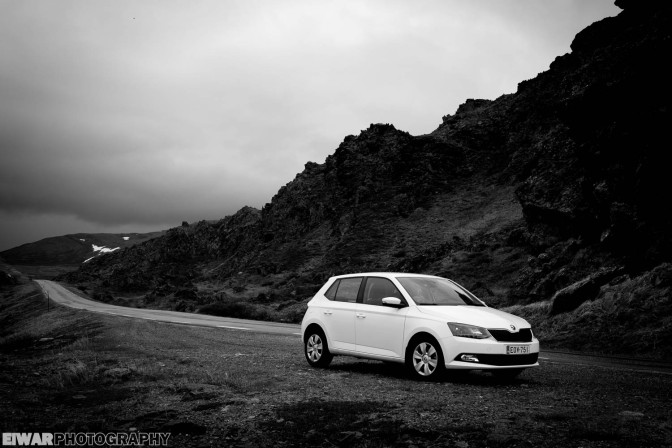 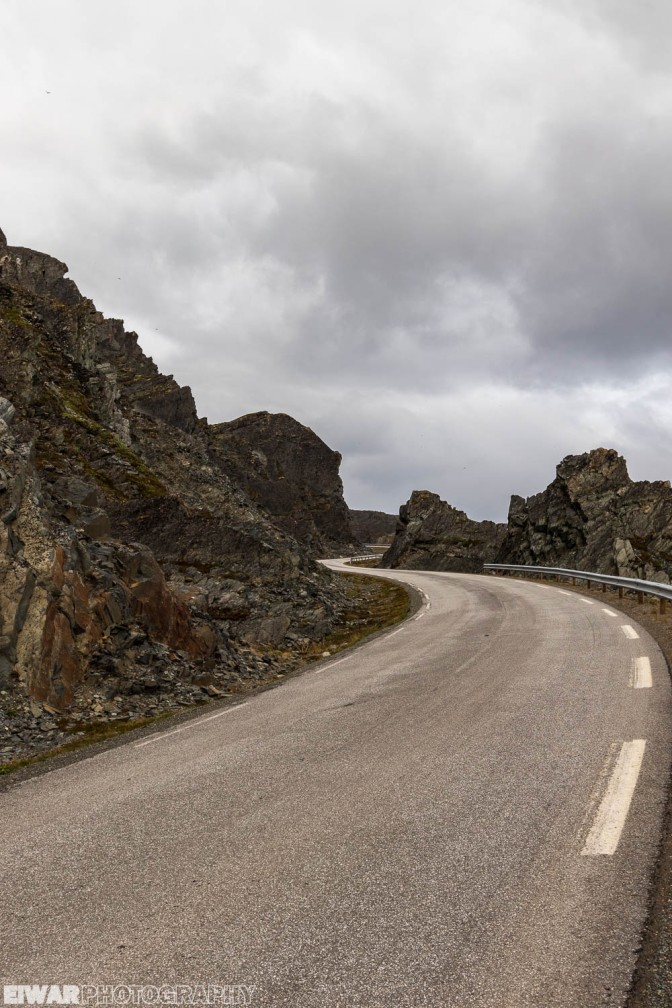 Closer to Berlevåg, the landscape became one of rolling hills, though sharp rocks still jutted from the ground around the road. In this hostile territory, I was surprised to hear song birds call along every creek: Redwings (Turdus iliacus), Willow warblers (Phylloscopus trochilus) and Bluethroats (Luscinia svecica) abounded there, showing their resilience. 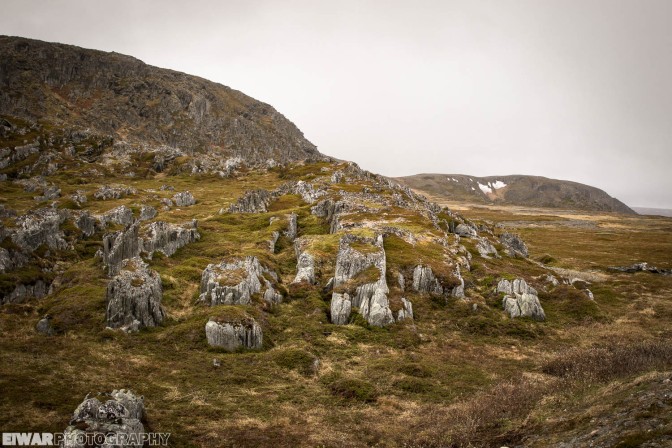 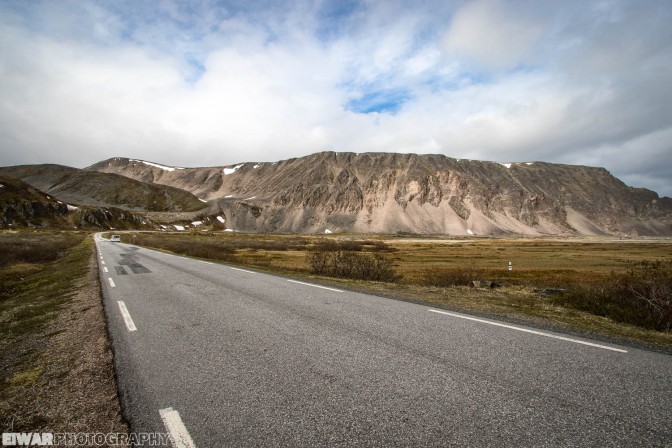 During a bout of seawatching at Kjølnes lighthouse, I saw three Northern fulmars (Fulmarus glacialis) elegantly gliding above the waves. However, without a scope and with such a wind, I was not in a favourable position to spot exciting birds passing along the coast: too bad for the Pomarine skuas (Stercorarius pomarinus) and Yellow-billed divers (Gavia adamsii). 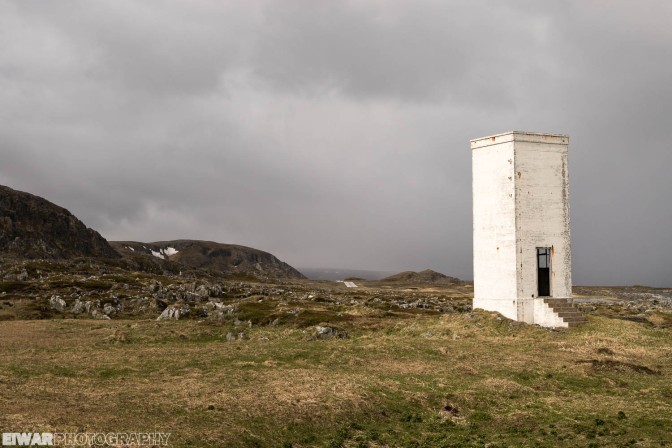 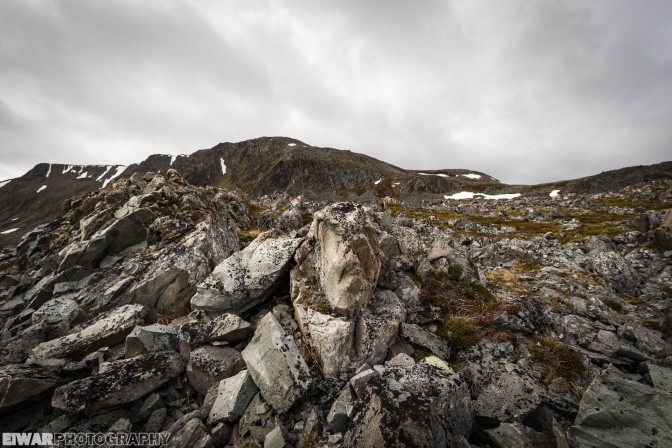 I camped in Berlevåg. Surprisingly, the wind was not very harsh that night, and I found a fine shelter in the camping. Unfortunately, I barely slept, and after checking the weather forecast around 4 am, I decided to quickly fold the tent before the arrival of the storm. Then, I went for an early walk in town, around the harbour occupied by nesting Kittiwakes, where I spotted two Glaucous gulls (Larus hyperboreus). 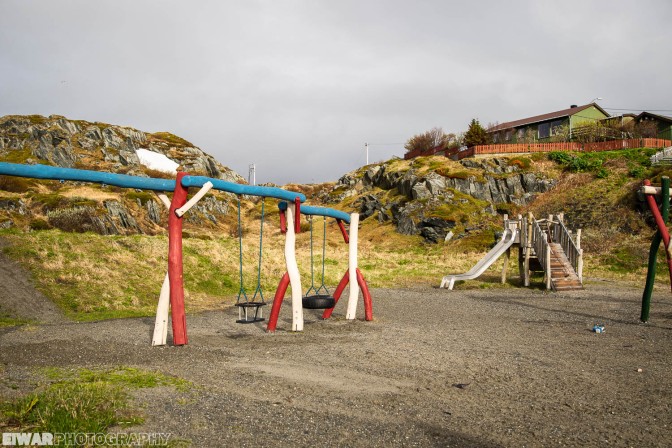 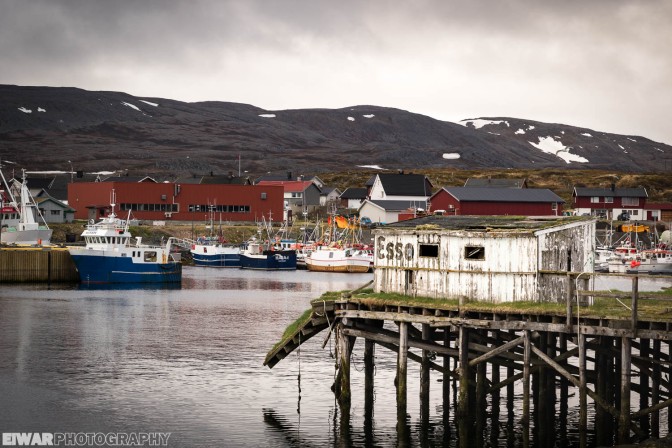 The sun lit the sleeping town for a while, and I spotted interesting waders: Purple sandpipers (Calidris maritima)! We had met these lovely shorebirds in winter, but this time most of them had their summer plumage, which isn’t purple at all! It’s stunning nonetheless, and since they let me come pretty close, I’m very happy to offer you this close up: look at the detail on the back!

I explored the region for one full day, and slept in Kongsfjord. In the morning, I walked on the Veines peninsula: this area is famous for its Gyrfalcon (Falco rusticolus) nest, and the wind shelter built by the Biotope team, but I didn’t see any. I faced hail showers instead, forcing me to find shelter in a bunker from World War 2. 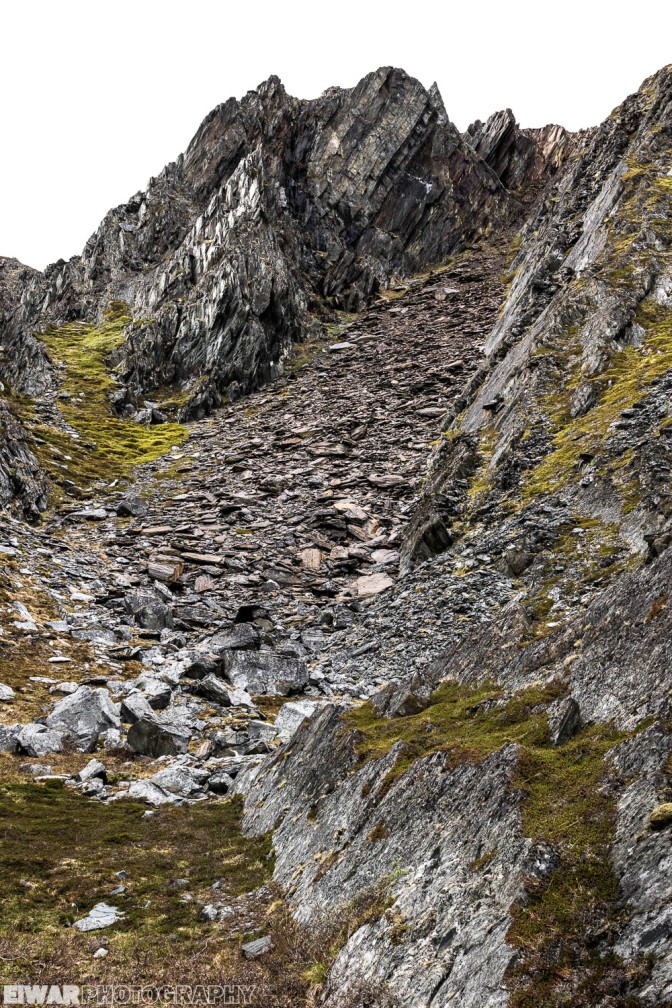 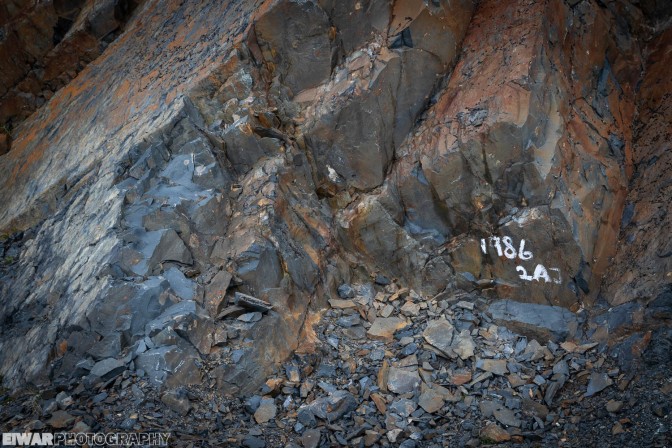 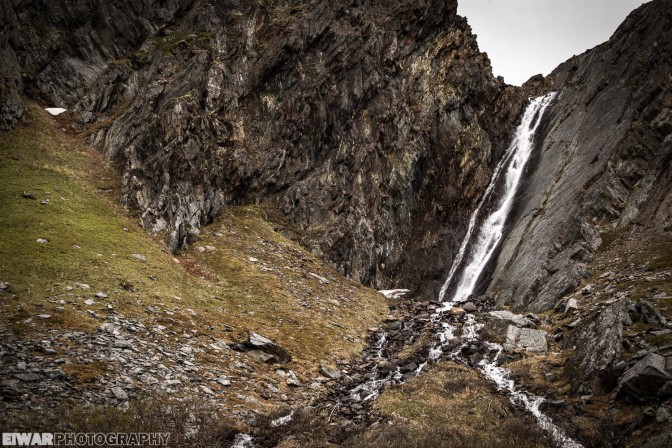 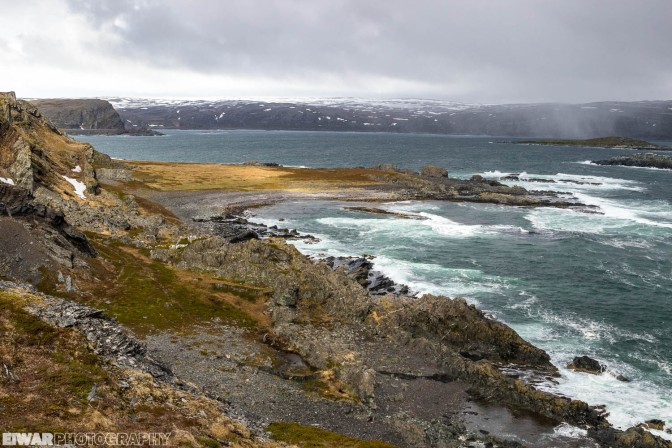 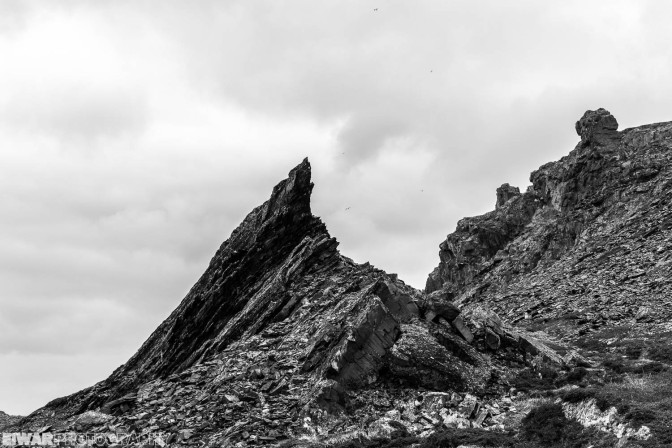 Sfter such a taxing walk, I hoped in the car again, and drove back south. That’s another story, for another day… stay tuned 😉 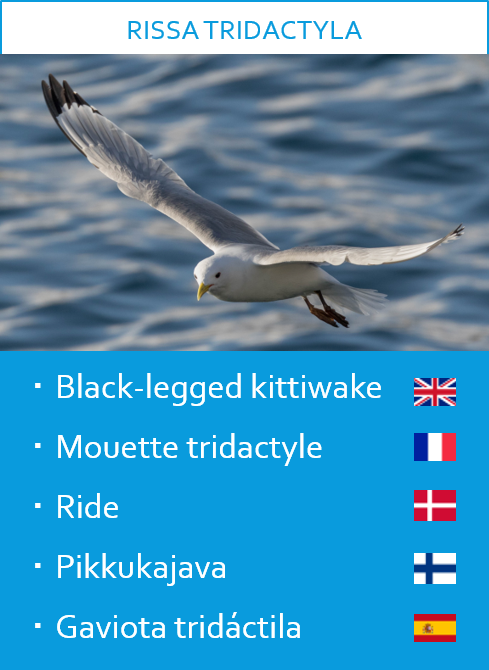 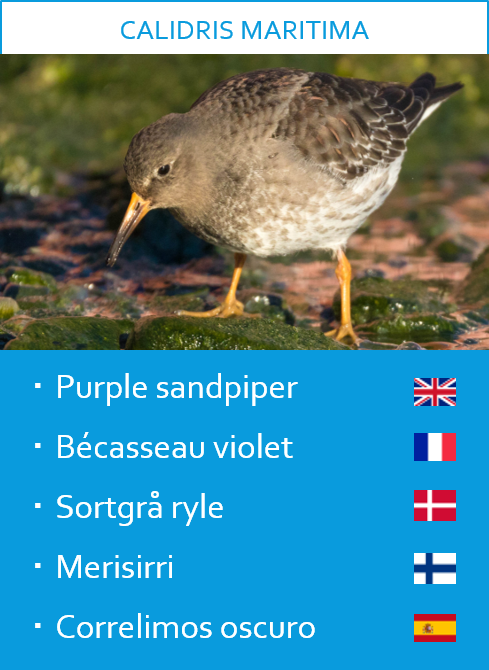