The Puszta is the Hungarian Great Plain, the region of endless horizons, and of sunny and dry days too. What I imagined was wide grass fields with Great bustards (Otis tarda) at every corner, but it turned out that most of the plain is nowadays cultivated. I know this should not have surprised me, but still, I was disappointed. Oh, and there are only a few bustards left…

Still, in this desert remain a few protected areas, sheltering some remnants of the past from human lust. Our destination, after leaving Szeged, was Kardoskúti Fehértó, the White Lake of Kardoskút. Marci had some friends of his parents there who planned to rent houses in the plains. That’s how we found ourselves in a big cold mansion in the middle of nowhere, surrounded by fields and in the distance, a farm. As we arrived, a red moon rose to greet us.

This picture was taken by my friend, like a few others in the article. Pay him a visit and follow his Facebook page, it’s worth it 😉

I quickly had a shower and slipped into bed.

We rose for sunrise… but there was no sunrise. Instead, clouds covered the whole sky until late in the morning. We took the only road leading into the protected area, and stopped at the first bird tower. We stayed there a couple of hours, waiting for some birds to come close, but nothing happened. We saw a few Black-tailed godwits (Limosa limosa) and Common redshanks (Tringa totanus) noisily fly by.
After that, we walked back to the house and drove up the road to the second bird tower, at the other end of the area.

Again, there was barely any bird to see from there, except for a little skulker that chose the right moment to fly from one drainage ditch to the other: a Little bittern (Ixobrychus minutus), easily recognized from the big white patches on the wings, and a lifer for me! Additionally, there were lots of passerines singing all around. The lake is a major attraction during autumn migration, but in May it was seemingly rather dry, and devoid of bird life.

When we were satisfied, we went to Kardoskút. It’s must be noted that, with our great sense of planning, we had forgotten all food replenishment the day before. The first breakfast was meagre, but a second one introduced me to roll cheese: it’s basically cheese that doesn’t taste like cheese, and looks like a kanelipulla. Interesting concept. 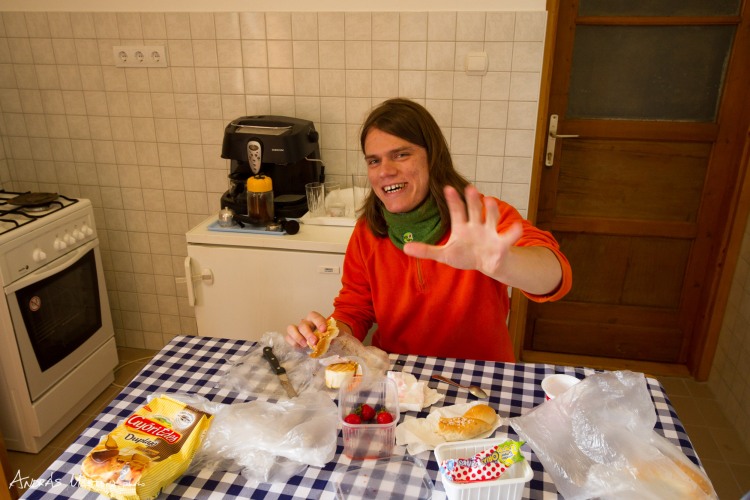 Marci was a bit tired, so he stayed in the house while I took the road, walking. Earlier, we had seen a sign with information about Red-footed falcons (Falco vespertinus) and their protection. While driving, we had also seen one darting above the road. I hoped I would be able to snap a few pictures of that Eastern specialty, but there were only a few, and none came close. However, I could see many Common kestrels (Falco tinnunculus) hover in the distance.

There were still some good birds around! Perched in the fields, Corn buntings (Emberiza calandra) were singing, sometimes allowing me to come close enough for a portrait, or overlooking me from a higher branch. This species is seeing a strong population decline in Europe, essentially due to agriculture intensification and its associated increased use of pesticides and early harvests that destroy nests.

The biggest surprise for me was a special Yellow wagtail (Motacilla flava): most individuals belonged to the nominal subspecies, and were possibly breeding in Hungary, but one bird displayed a grey head devoid of any white eyebrow (supercilium). As far as I remember, my only sighting of the subspecies thundbergi, which nests in northern Scandinavia. I’ll be sure to seek it in Lapland next Spring, it’s stunning! 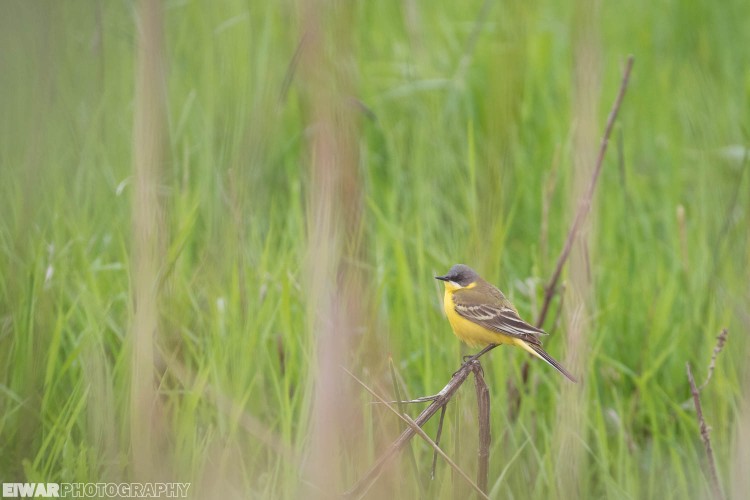 As I was not coming back, and because we had a long trip ahead to Debrecen in the afternoon, Marci picked me up with the car at the other end of the reserve. In Kardoskút, we had to wait at the level crossing, for a small train was coming. I noticed that there were many train routes running through the countryside, connecting villages and towns alike. It reminded me of some places in Denmark, but I think this kind of infrastructure tends to disappear nowadays… it’s a pity, for it’s absolutely picturesque.

Previously in my Hungarian series: 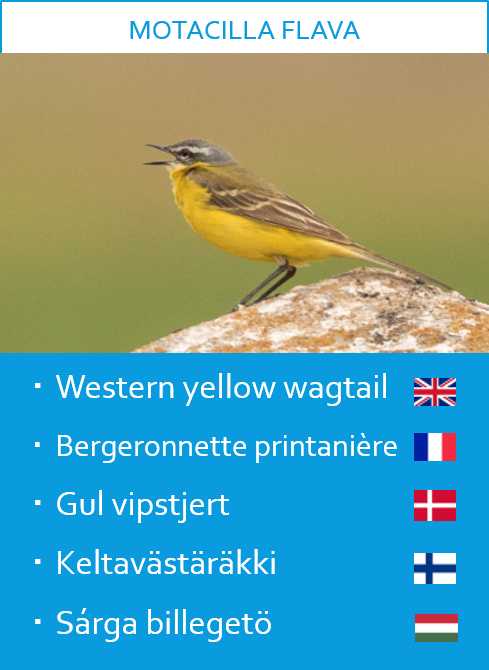