Too soon came the end of this trip. On Monday morning, the sun stayed hidden as we cleaned the house and visited the small harbour of Oudeschild. There was nothing to see there save for some impressive construction work, and shortly after we found ourselves waiting for the ferry under a drizzle. Noone fed the bird on the trip back, but gulls kept playing in the wind, following the ship without a wingbeat. 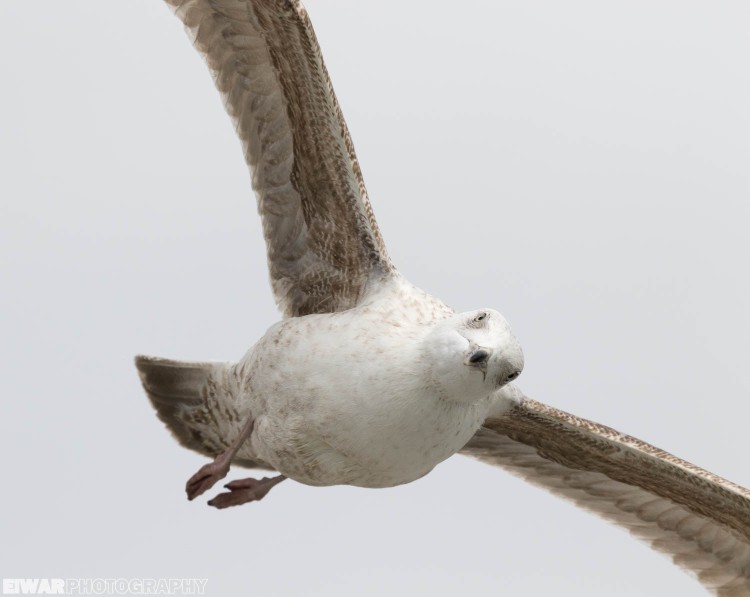 They would pass by very closely, or follow us at the exact same speed, as if hanging there at the end of an invisible cable.

There were gulls in the mainland too, and while we were stopped for a picnic, hidden behind a huge dike, a Lesser black-backed gull (Larus fuscus) stayed around, keen on getting some leftovers (it failed). There was a flock of Jackdaws (Corvus monedula) as well, but I was eating so I couldn’t take any picture… one has to have priorities 😉

This closes my series on Texel. We’ll see each other in Budapest 😉

Don’t miss the previous instalments in this series:

A WEEKEND IN TEXEL