After the storm, I woke up at 4 to see the sun rise. I emerged from the house in 50 cm of fresh snow: Sunday morning, a private yard, of course noone had cleaned the way up there. So I made my own trace in the pristine duvet, and roamed the streets of Bjørnevatn, which serenity was only troubled by the din of loaders moving the snow off the road. 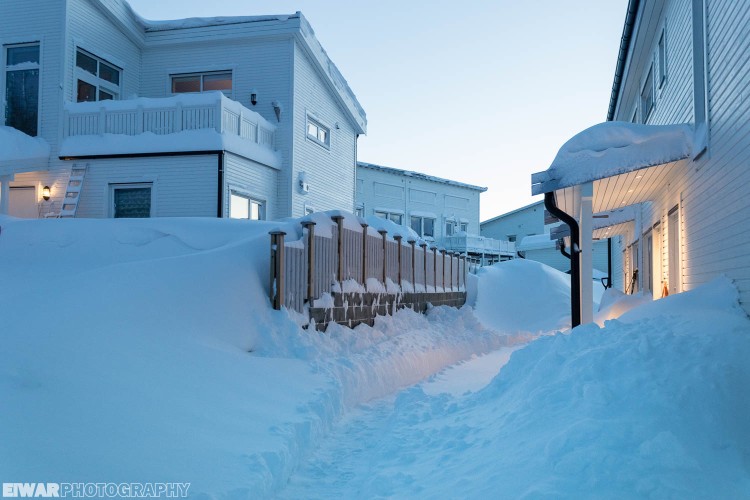 I looked for a good spot for pictures, but couldn’t really find anything interesting. There was this hill looming over the village, with ski jumping ramps on its slopes, but it looked remote, and I had absolutely no idea how to access it.

After completing a circle, I realized that the road running right in front of the house where we had slept might well be the answer… I climbed up instead of down, and soon found myself ascending a snowmobile track, and then a ski slope.

Up there, the scenery was breathtaking (and not only because the way up was very steep): to the south, I could see frozen lakes winding between wooden hills, and to the north, I could imagine the sea, hidden behind some more hills. To the east, the sun was caressing the rooftops with its warm golden rays. 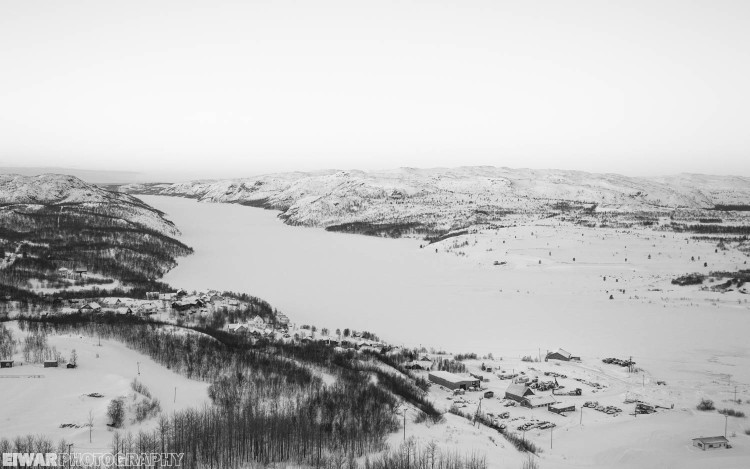 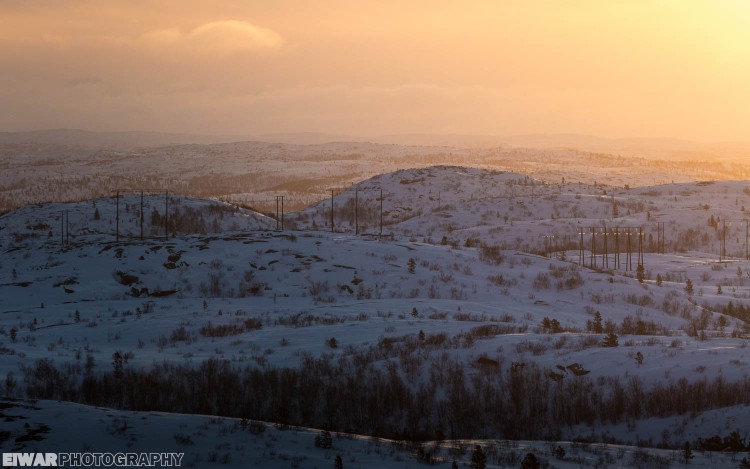 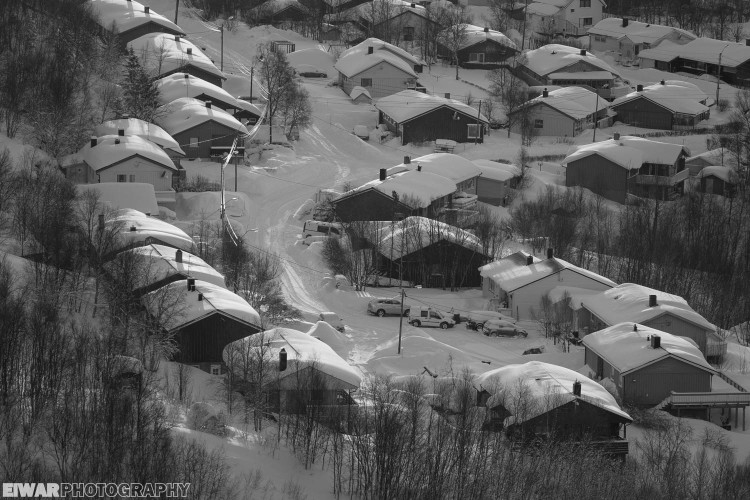 I felt adventurous, so I started to climb up a jumping ramp. The side stairs were okay, but when I was up there, along the ramp itself, halfway to the top, I noticed some cracks and holes in the next steps… I cautiously stayed where I stood, enjoying the light and the view. 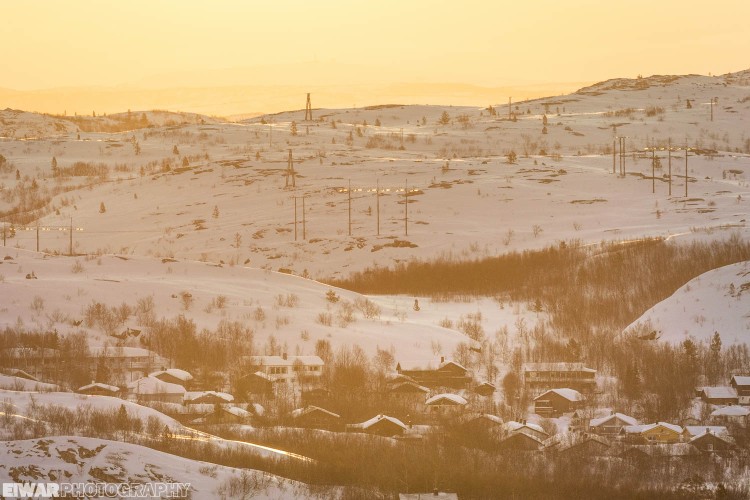 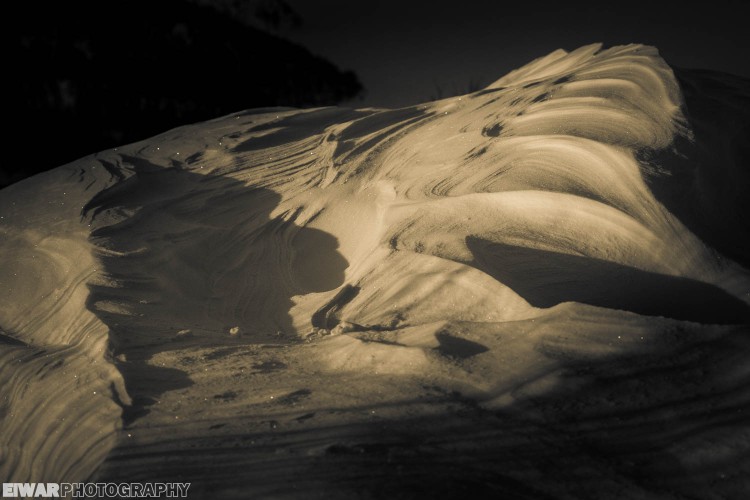 When I reached our house, I saw Marci, who had just emerged himself, go on a walk. I went inside, swallowed a well deserved breakfast, and started packing for the trip north. In the evening, we would sleep on the shores of the Arctic Ocean. 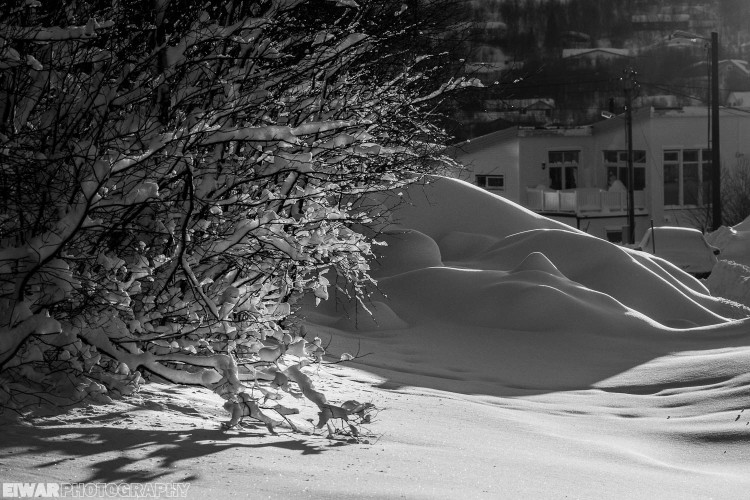 Click on the links below for more articles on our trip up north!

Prince of the woods
Varanger, Day White
Here are the birds