Hello, I’m writing this article in Munich Airport. I’m waiting for my plane to Helsinki, where I have found a software developer job. I’m looking forward to this third living experience in Finland, and I’m already dreaming of snow, owls and nordic lights. However, that’s not my main topic today, because I still have tales of heat and sun to share (by the way, the weather forecast in Helsinki, for the coming week, says cloudy, 3ºC… brrrr!).

Before we start, though, I suggest you put this song, taken from the Pirates of the Caribbean OST, on:

One afternoon, I went with my mom to Lumbin, in the Grésivaudan valley. Some shopping was on the table (gloves and waterproof clothes, you know), but we also decided to go to Saint-Hilaire du Touvet via the funicular. This cable car system was opened in 1924, mainly to serve the sanitariums built on the Plateau des Petites Roches to house tuberculosis patients. I don’t remember when I was there for the last time, but it was ages ago, it seemed.

The ride was extremely impressive. The cabins are built on a compromise: the inclination of the floor (compare to an horizontal level) changes with the slope of the track, so from a downward-looking position, we start looking upwards more and more as the slope gets steeper. In the beginning, we feel like we’re going to fall on the track; in the end, we watch the sky and pray not to fall back. I know you miss my drawings, so I made a figure to explain the situation.

There’s a “driver” on each of the cabins; ours was very knowledgeable about the funicular. He explained that, if the speed exceeded 1.25 m/s, a brake system would immediately stop the cabin. This doesn’t happen very frequently; last time, it was because the cable had slipped out of the cable wheels.

The two cars, each fixed on one extremity of the cable, cross each other in the middle of the track. The switch system was intriguing, but our driver explains that there was one guiding wheel, U-shaped to grip the rail, and one uncarved wheel that had no role in driving the car. Once again, I made a drawing! 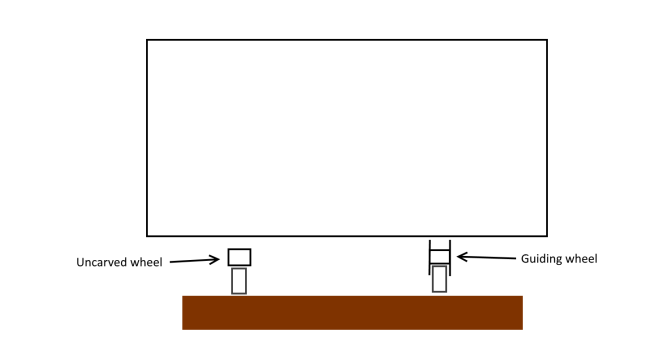 With this system, if your car goes to the right at the switch, it’s because the wheels on the right-hand rail are clinging to it (U-shaped wheels) while the wheels on the left simply lean on the other rails and jump from one to the other. I’m not a mechanical engineer, but I hope that’s clear! 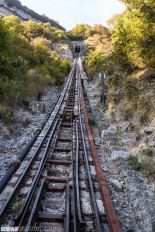 The village of Saint-Hilaire du Touvet is famous for its Coupe Icare, a free flight festival organized in September each year. Two departing sites for paragliders are accessible in the village, both offering an impressive view offer the valley and the Belledonne mountain range beyond. 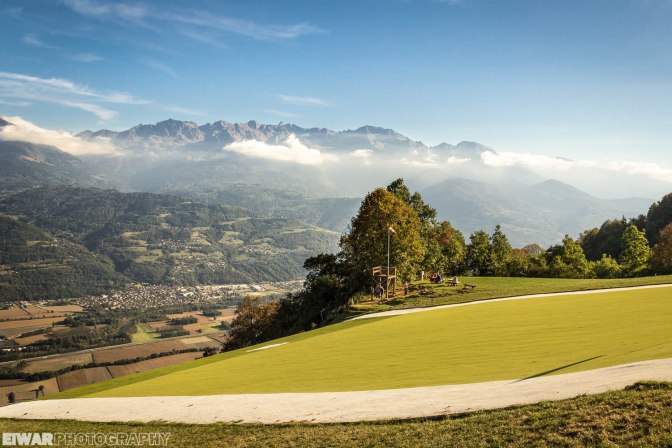 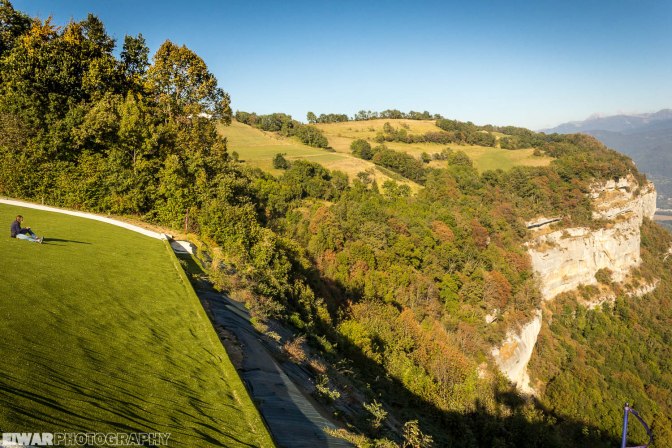 Finally, the descent to Lumbin gives you a precise idea of how steep the funicular railway is. Remember when I said that the cabin faced upwards in the upper part of the way? Guess how it is in the other direction… 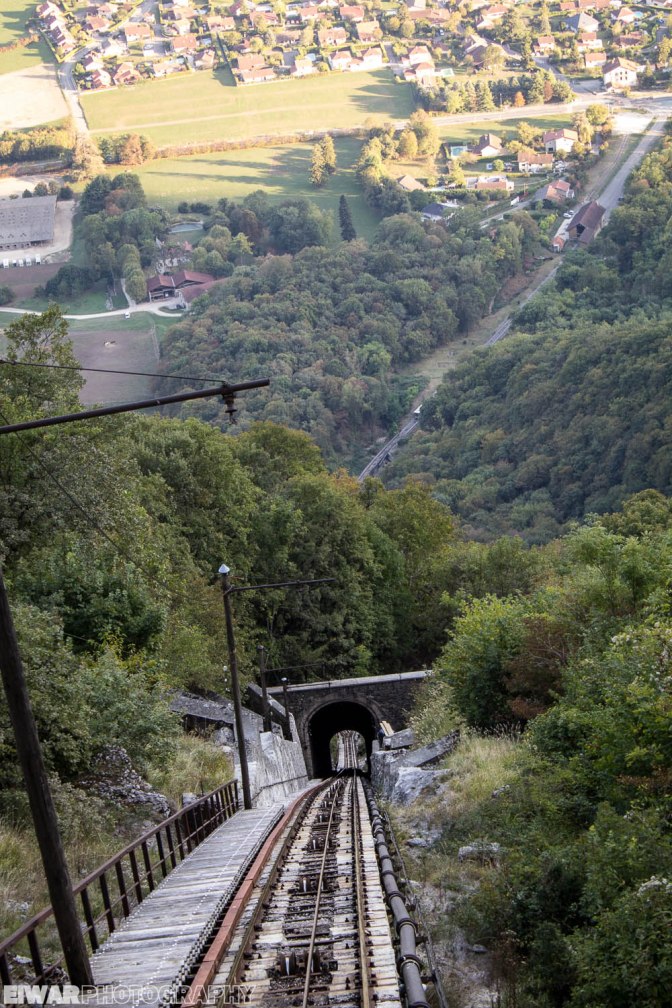