Wonderful Finland, whose capital has two national parks established thirty kilometers from the city center. Nuuksio, to the west, lies in Espoo, and Sipoonkorpi lies in Sipoo, in the east. I went to Nuuksio a couple of times last year, but for some reason, Sipoonkorpi is not as famous, and I had never visited it before that day. 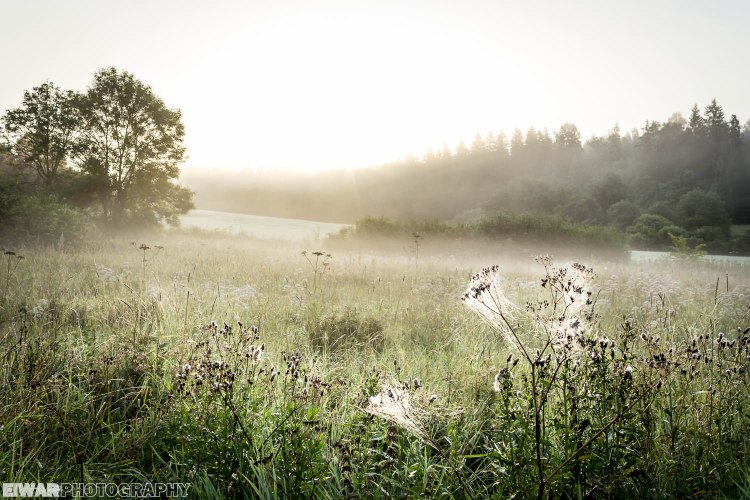 I woke up before sunrise on a misty morning; from the bus, the sun appeared as an orange fireball. I left the bus in Sotunki, a neighbourhood of Vantaa, and walked some time on the road before reaching the outskirts of the park. The vegetation was still covered in dew, and the fog created mysterious sceneries. 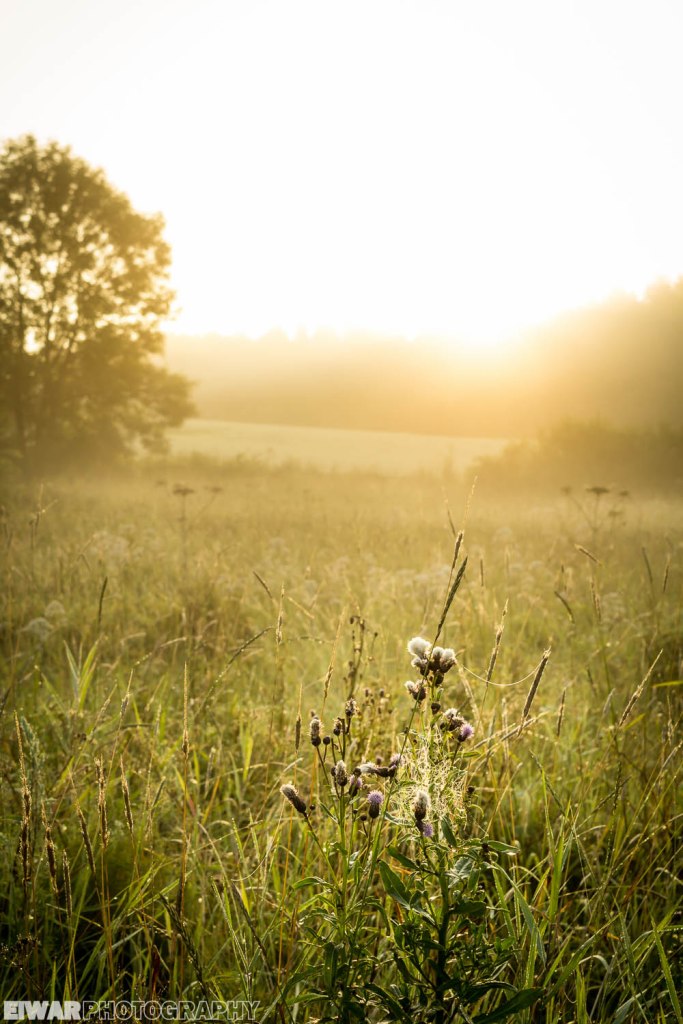 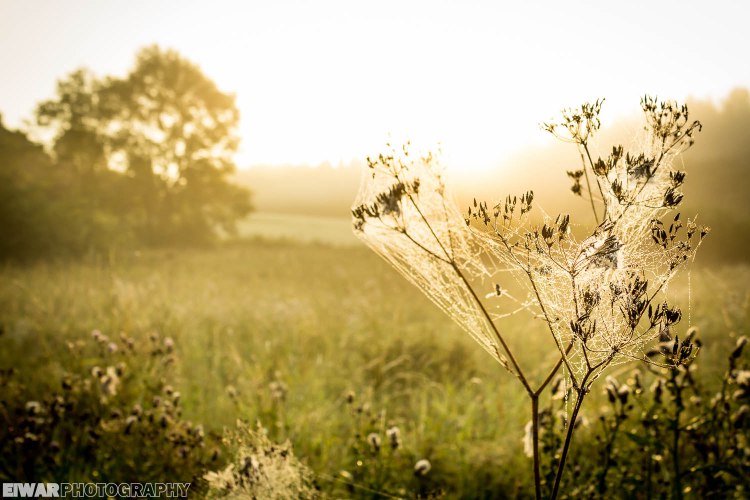 I worked on some pictures in the open, but I have very few of them from the forest itself. The sceneries were not very exciting, there were not many birds, and I had a hard time finding my way! I found a clear path, then reached the road again, but what I thought was the path on the other side turned out to be nothing but a trail that soon forked in two, then forked again. I had no map of the area except the one carved in my memory; I knew where the sun was, I knew there was a road not far to the east, but still, I didn’t feel completely at ease. 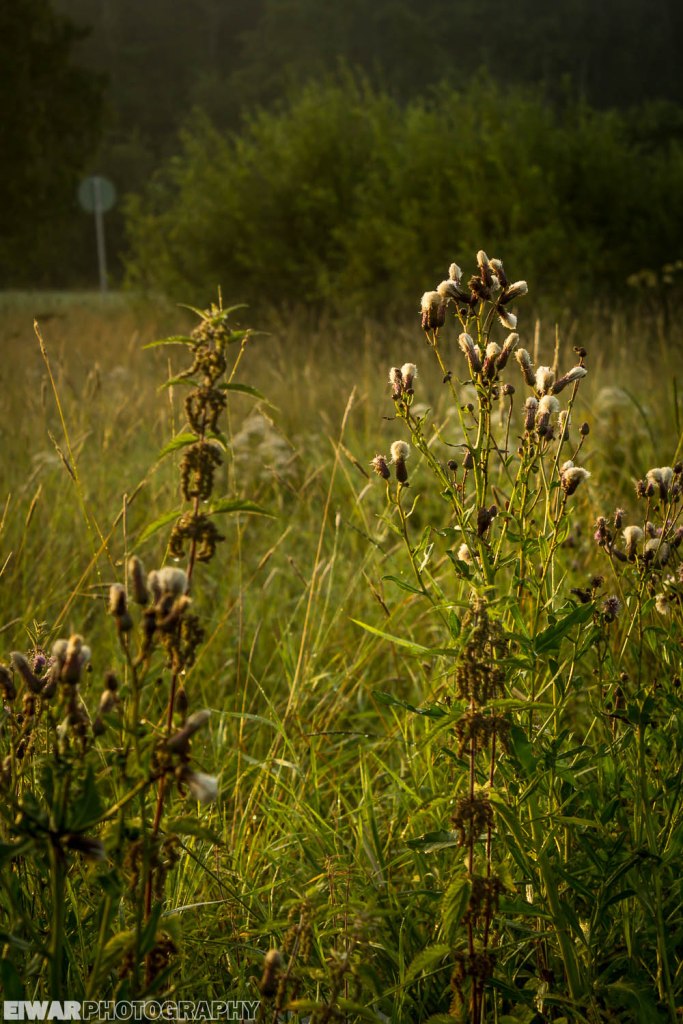 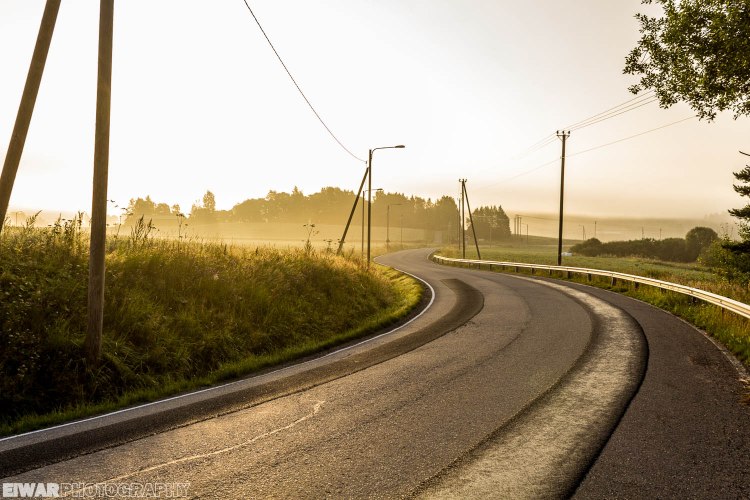 I’m glad I continued, though. When I reached a tiny glade, I heard birds heavily taking off to the woods. My initial intuition was confirmed when I realized that one Hazel grouse (Tetrastes bonasia) has perched at the top of a fir tree. A lifer for me! When I tried to get closer (you know, the photographer’s instinct), I heard at least three others, so I guess I scared away a full family of grouses. 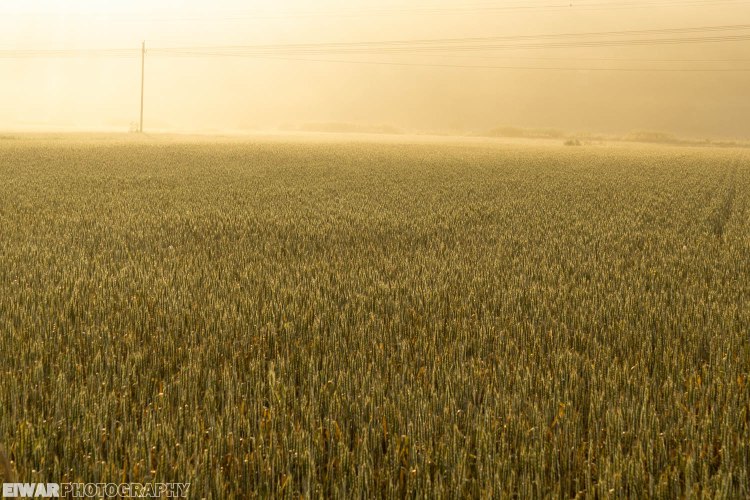 Amazing sighting, but I felt hungry, so I sat in a place devoid of mosquitoes (almost) and devoured my sandwiches while watching a young European robin (Erithacus rubecula) rambling in nearby bushes. Later, when branches took too much space on the trail I was following, I turned back and took another path that led me to a sign, with a map: I had walked much more than I expected, and had gone further to the north than I wanted. 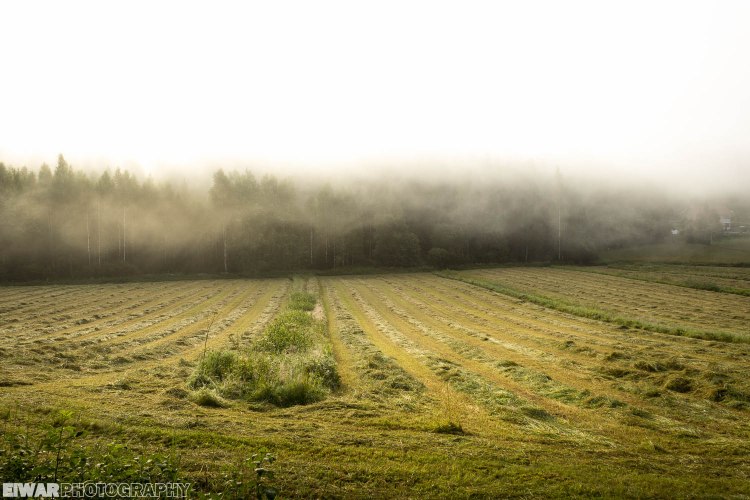 I finally found the second half of the nature trail, the one I had been looking for for hours. The first half was easy, and I picked up wild raspberry on the way. After the resting place though, some stairs were still in the building phase, leaving no acceptable path for the wanderer. I somehow found a way down, fearing for the camera on my hip while trying not to fall down, but the reward was totally worth the trouble. In a gully, I saw a Black woodpecker (Dryocopus martius) feeding in the trees. I didn’t manage to approach it, but I enjoyed my observation of this impressive species, which had eluded me in Denmark. I think I had already seen it in the past, a long time ago, but never that well, so I felt very satisfied. 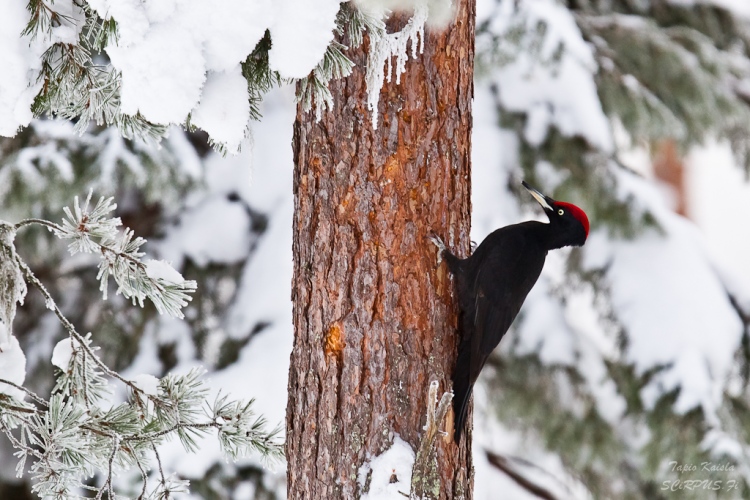 On the last stretch, birds started to wake up a bit. I saw many thrushes in the trees, and a family of Eurasian wrens (Troglodytes troglodytes) struck the pose for a minute. Damn that branch in the middle of my shot! 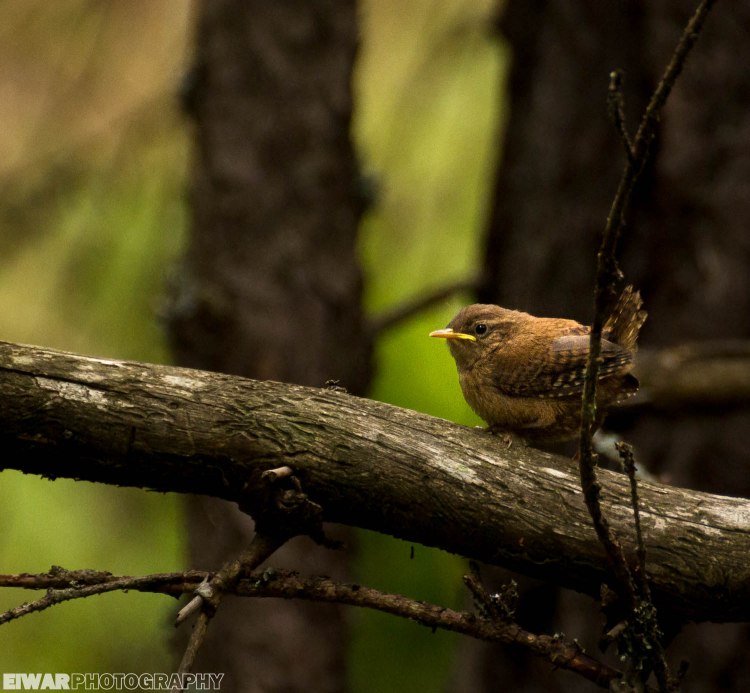 If everything went well, the next article should showcase some pictures from Lapland. Stay tuned 😀
Source for the pic of the Black woodpecker. 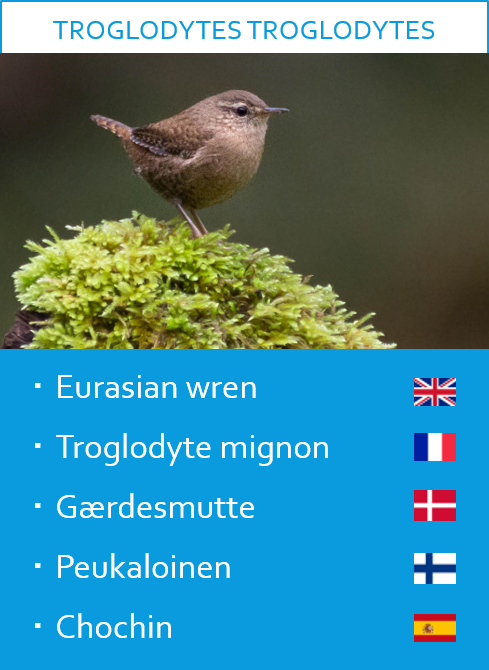