I have waited for this moment since I arrived in Denmark, it seems, almost a year ago, but here we are: I’m spending the summer in Helsinki. While I am looking for a job, I have plenty of time to go out and see things… yes, mostly birds of course 😉

After the concert of Black Sabbath, I spent a few days at Jaana’s mökki (what, you don’t remember what a mökki is? Hop, take a look!), where I saw a family of Black-throated divers (Gavia arctica) every day.

Among other adventures, I tooks saunas, dived into the lake and stuck the boat on a rock, in the middle of the lake. I wasn’t too eager to go into the water to push it, but I had a flash of genius: Nikke, Jaana’s son, was seated at the bow (and frightened, truth be told), so I made him go to the stern to shift the balance of the boat. This engineering prowess freed our vessel, and I could row back home.

After these restful days, real business started. My first step was to visit the surroundings of a small bay near my apartment, Pikku Huopalahti. I went in the middle of the day (I’m afraid I slept quite late that day), so the light was far from ideal, but I had good sightings. In the forest, young Blackbirds (Turdus merula), Blue tits (Cyanistes caeruleus) and Chaffinches (Fringilla coelebs) foraged, sometimes helped by the adults.

In the reedbed, a Sedge warbler (Acrocephalus schoenobaenus) challenged my identification skills for some time. Luckily, it seemed to like a very special spot, so I just had to stand there to see it come back. This species has since proved to be common sight in the wetlands of Helsinki, but it had eluded me in Denmark. Finally, a very Finnish thing happened: two Eurasian oystercatchers (Haematopus ostralegus) were feeding in the grass along the path, and nothing seemed to bother them: joggers, walkers, kids… they wouldn’t allow anything to hamper their quest for food. Except dogs, maybe, which they would watch carefully… I met with elation my Finnish birds, much less shy than those I saw in Denmark.

The next two evenings, I visited Laajalahti. I imagine very few of you remember this place, because it was the subject of my very first article here, more than a year ago! This is a nature reserve located next to Otaniemi, where dwells my former university, Aalto. It’s an extremely rich area, with two bird towers linked by a duckboard path. Among other delicacies, there are always a few Caspian terns (Hydroprogne caspia) resting on the islets of the bay, and I heard Spotted crakes (Porzana porzana) in the reeds. A birder I met told me that they had bred there, and that they were with chicks at that moment. Along the path, I saw Reed buntings (Emberiza schoeniclus) and a compliant Sedge warbler that stood in the open in the sunset light. Absolutely gorgeous.

On the other side of the bay, I was greeted by the calls of several wader species, including Wood sandpiper (Tringa glareolus), Common greenshank (Tringa nebularia) and the rare (for me) Spotted redshank (Tringa erythropus).

In my first days in Helsinki, I also went to Viikki, another major wetland area of the capital, this time located to the east of the city center. This was a morning trip, I set my alarm clock to 4.30 in order to be on stage at 6. The diversity among passerines (song birds) was astonishing: tits, warblers (7 species), thrushes, nightingales, finches (5 species), the show was total.

July is a month where a lot of young small birds venture into the world, and I saw many of them that day. I saw the Common rosefinch (Carpodacus erythrinus) for the first time since last year in Laajalahti. I don’t know about the diversity in mosquito species, though, but I’m sure the quantity was colossal, and I regretted not taking my repellant with me. With more experience, I now know that the only visible effect of this thing is that, instead of attacking your legs and arms (sorry, instead of attacking ONLY your legs and arms), they also attack your face and hands, but still…

The last adventure I want to talk about today took place in Laajalahti again, but in the morning this time. Wake-up call at 4, a bit of biking and I was ready. The south of the bay was rather quiet, and so was my trip to Villa Elfvik. Along the duckboards, there were many flycatchers, spotted (Muscicapa striata) and pied (Ficedula hypoleuca), hunting insects for the chicks that stayed hidden in the bushes. On my way back, I tried to lie low to get a few shots of those, with limited success.

I was so tired that I had to take a nap in that place (guess who enjoyed that? The mosquitoes of course!), but I don’t mind suffering that, because I may have missed the minks if I hadn’t. I was watching a family of Long-tailed tits (Aegithalos caudatus) feeding in the trees, when I noticed something moving towards me on the path. I turned, and I saw three black otters running on the wood planks! These were American minks (Neovison vison), an adult with two kids I think. They stopped three or fours meters away, and jumped to the side, in the vegetation. Instead of following their mom, though, the younglings kept playing there, moving up the duckboard and down again, chasing each other like human kids. It was adorable.

I know that, as an invasive species, American minks have a terrible impact on nature, especially on the native Europen mink (Mustela lutreola), but I couldn’t be not amazed ^^

Stay tuned for the next adventures! 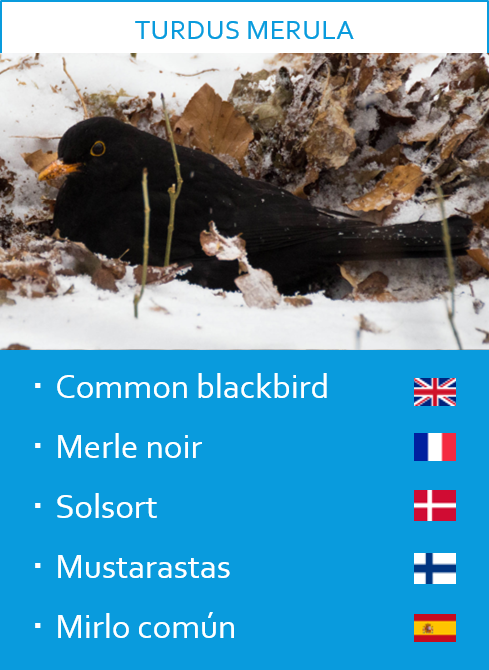