As you know, I visited Skagen a second time after my visit there with my parents. I was there between the 5th and 8th of May, for the Bird Festival that takes place every year on the first week-end of this month.

After travelling 8 hours in bus and train, I reached the top of Denmark at 5 in the afternoon. The sun was shining bright, but when I tried to go to the supermarket, I found the door closed. On Ascension Day, like on most holidays (and Danes have quite a number of those), stores are closed. At least the stores I go to (and it’s not the first time it happens to me). Anyway, this time I had anticipated, and had enough food to survive a day.

I had booked a bed in the dormitory of the hostel, to discover that I would be alone in the room for two out of my three nights there. I must confess it was difficult to choose a bed among the 12 available…
A word about the hostel: there’s no locker, and the shared facilities (bathrooms/kitchen) are very small. It was ok for me, as there were very few people when I visited, but I can’t imagine the chaos (and the fear for one’s valuables) during high season. 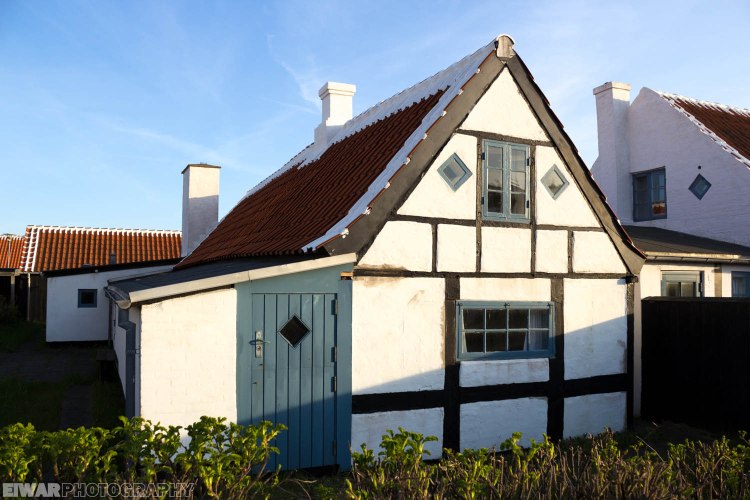 After my failed shopping, I headed to Gammel Skagen for sunset. The force of habits I guess… I had another stunning evening, I made my first steps in long exposure photography. 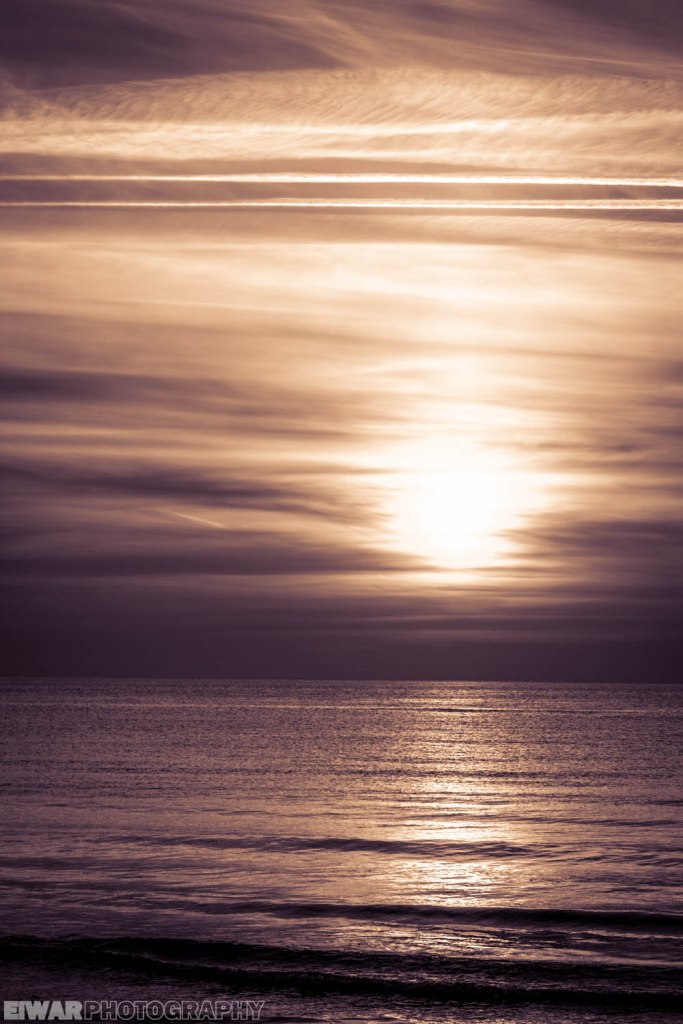 As its name suggests, long exposure is when you let your camera’s shutter open for a long time. You obviously need a tripod to escape blur, and I had one! I don’t have a neutral filter though (that could be used to darken the picture and avoid it being completely blown out), so I had to wait for darkness to take my pictures. That let me plenty of time to experiment.

I went to bed at 11.30, to wake up around 5.30. I crossed Skagen to reach Nordstrand (5 km), the beach at the north of the area. There, birders were assembled on the dunes, an intimidating forest of legs made of flesh and carbon, supporting human bodies and scopes, respectively. When I arrived, a Black kite (Milvus migrans), my first one in Denmark, flew over us. This first morning was a bit difficult, as I didn’t really know anyone.

In the end of the morning, I walked back to the village, and rented a bike. Oh that feeling of unlimited freedom! I was much necessary, my legs were starting to fail me. I rode to Flagbakken, a steep hill located in the middle of the peninsula. Raptors of all kinds, including Common buzzards (Buteo buteo), Eurasian sparrowhawks (Accipiter nisus) and Red kites (Milvus milvus) circled in the sky, taking advantage of the hot air going up to soar without effort. I met Klaus, the head of Skagen’s bird station, and guide for many skywatchs this week-end.
At some point, the lack of sleep became a trouble, so I found a quiet spot in the forest and took a nap. Like I said, complete freedom. I love holidays.

I went shopping and had dinner at 6, then headed to the Sand-Covered Church, Den Tilsandede Kirke. Mentioned for the first time on a text from 1387, this church started to suffer from drifting sand around 1600, and was closed in 1795. The body was deconstructed, leaving only the tower we can still see today. 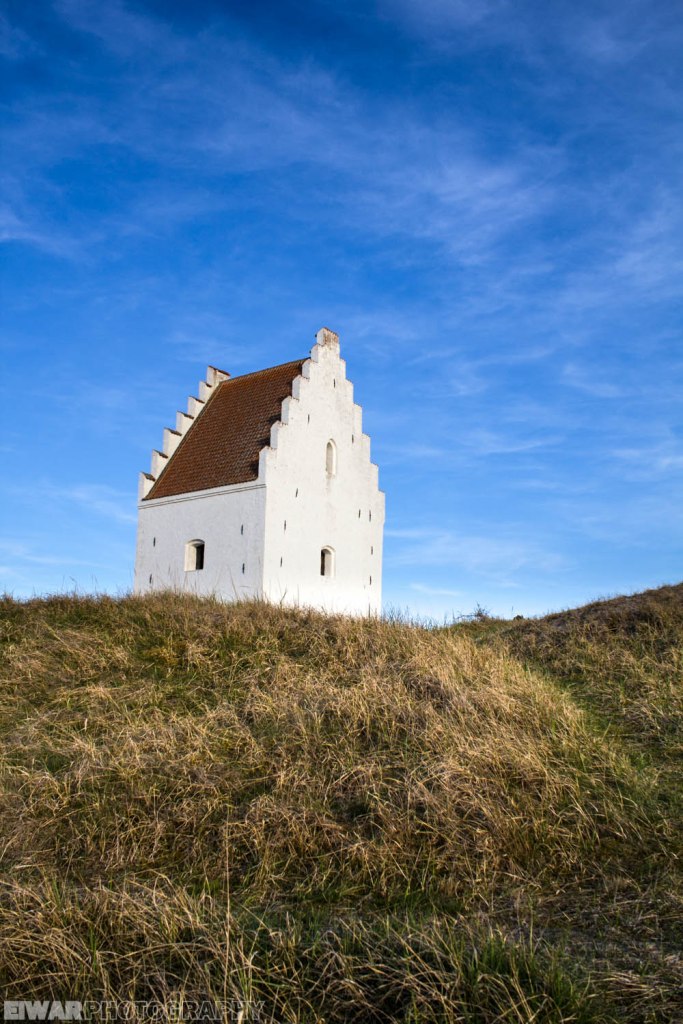 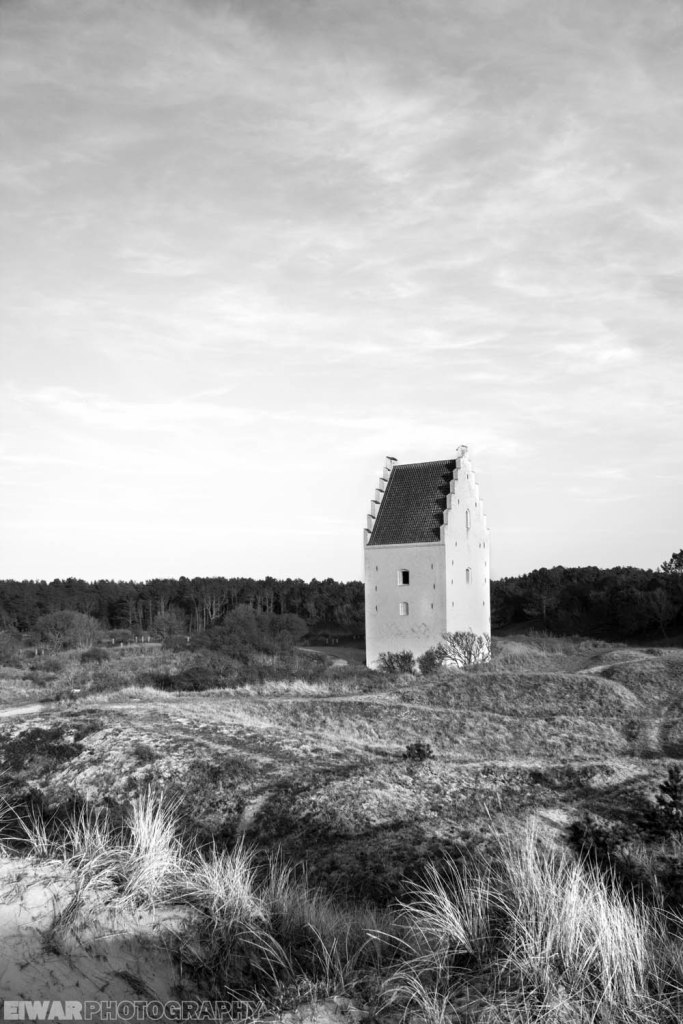 I went to bed quite early, but woke up before 4. Indeed, before going to Nordstrand, I wanted to see the sunrise in Grenen. Sounds familiar? Yes, I did that too a few weeks before. I was not so amazing this time, but I managed to approach a Common ringed plover (Charadrius hiaticula), and saw a seal resting at the tip. Again, worth waking up early. 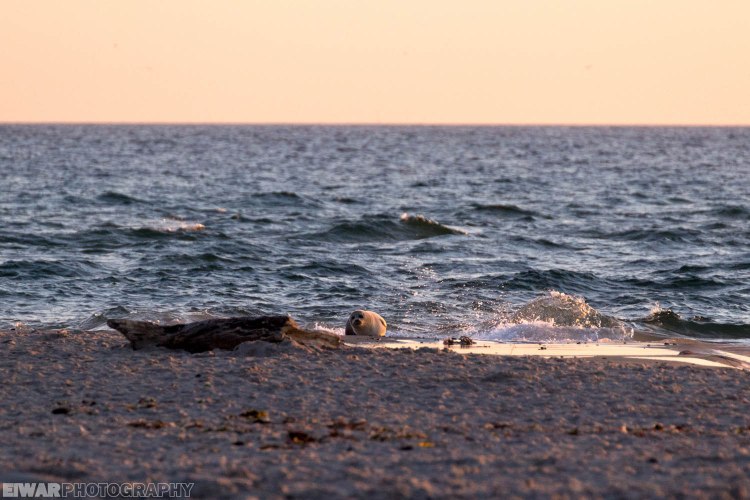 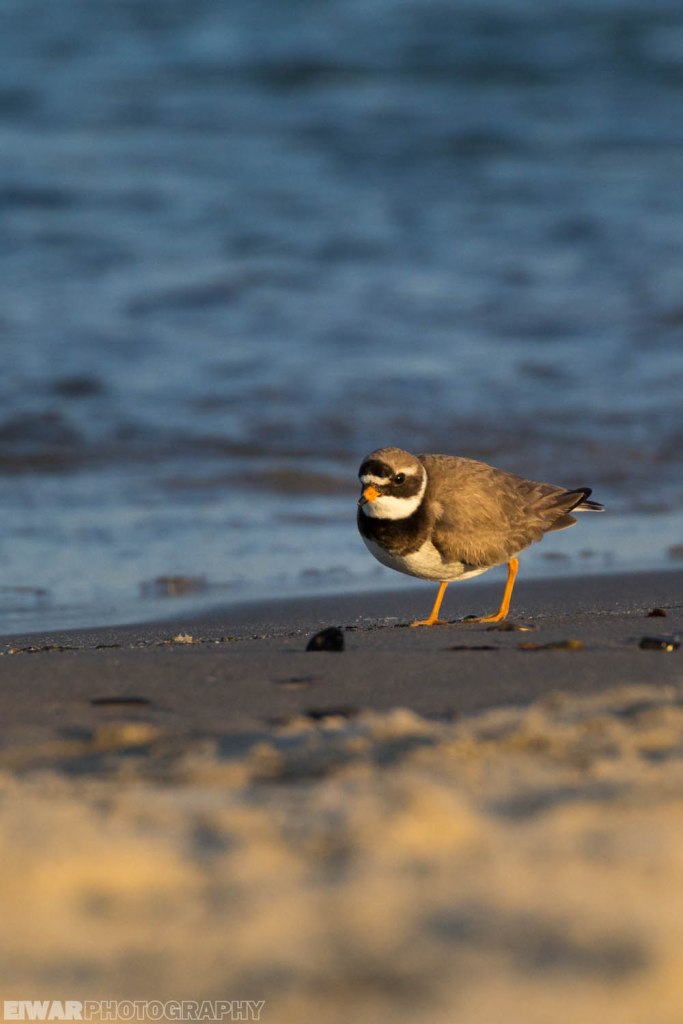 At Nordstrand, I met Klaus, and had a much better day of birdwatching. He was here for all the stranded souls who wanted a bit of help with their birding, so he explained a lot, showing us some things we would have never spotted by ourselves. This was a true festival: passerines (Yellow wagtails, pipits, one Ortolan bunting (Emberiza hortulana)), raptors (including Rough-legged buzzards (Buteo lagopus)) and sea birds (terns, ducks, divers, and even a Parasitic skua (Stercorarius parasiticus)), there was no moment of rest.

Something crazy happened very suddenly. I guess someone received a phone call, and then half the birders gathered on the dunes, if not more, rushed to their cars. In a couple of minutes, the dunes were silent and the parking empty. I heard an Alpine accentor (Prunella collaris) was seen in Skagen. As a bird living above 1500m of elevation, it’s very rare sight for Denmark, but a very successful reproduction this year presumably stirred an invasion to the north, with extraordinary sightings in the Netherlands and Germany. As a birder from the Alps, I preferred watching Sandwich terns (Thalasseus sandvicensis) fish along the shore, but I understand the excitement.

The star of the week-end was the Pallid harrier (Circus macrourus). Normally an eastern bird, it is seen annually in Denmark, but this year was particularly good. I think I saw at least 5 of those over the week-end, but many more were spotted. On Sunday, when I left, the record of seven birds a day was about to be broken.
On Saturday, at Flagbakken, I spotted a harrier in the distance, and showed it to Klaus. After a few seconds, he shouted “steppehøg!”, the Danish name of the Pallid harrier. We enjoyed the sight, and some minutes later, he turned to me with a huge smile on his face, exclaimed “fantastisk” (you probably don’t need a translation here) and offered me a highfive I couldn’t refuse. Such happiness, that made my day! I felt alive, far from everyday’s hassle.

I went for sunset on that day too, but it was poor. I biked then to the harbour, and worked on some night long exposure photography. What do you think? 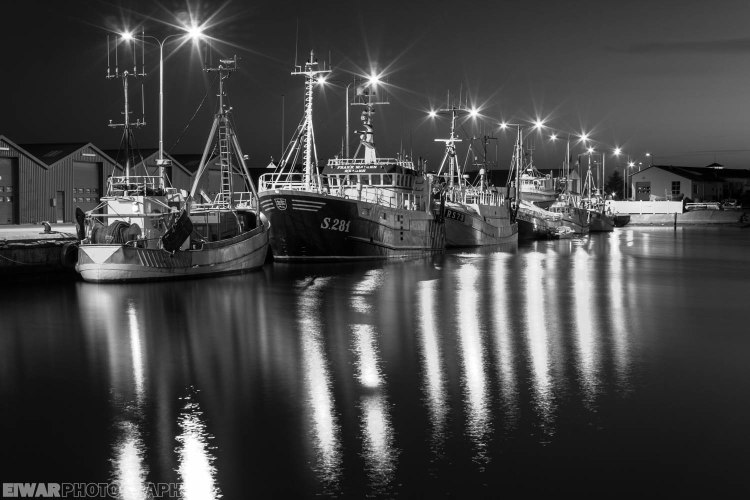 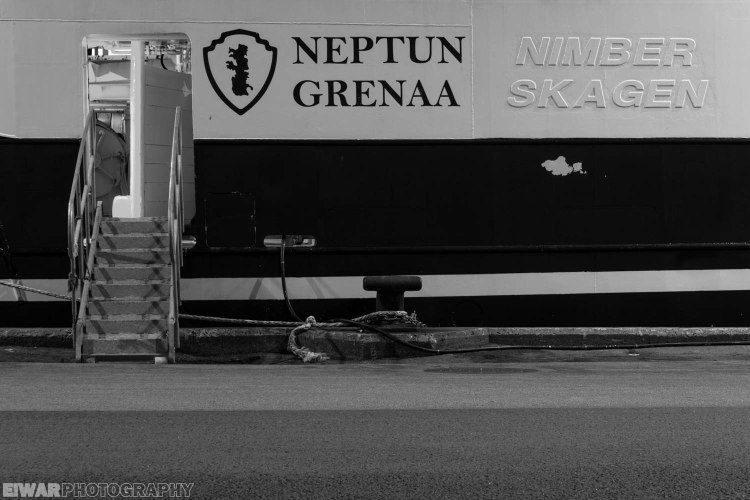 After going to bed at 11, I couldn’t find the courage to go for sunrise. I slept a bit more and went to Nordstrand again, where the Pallid harrier frenzy was still going on. The climax was reached when one bird, after hunting in the dunes in front of us, settled on the beach, in plain sight, to devour its meal. It was maybe 200 meters away, not more. Crazy, absolutely crazy!

Seeing so many raptors during our long watchs, I felt frustration again: I don’t have the adequate equipment to capture them on my memory card. I lack reach and focus precision. Anyway, I want to share a few pics I got there. They are all heavily cropped and completely blurred, but the birds are still recognizable. The Pallid harrier, a young bird, is identified by its bright necklace and dark scarf around the neck. In the distance, good birders can recognize the shape of the wings, but that’s way too advanced for me.
If you read French, take a look at Jérôme’s article about kites (“milans” in French). 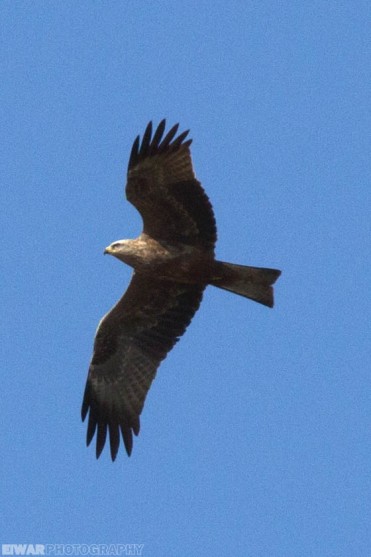 Not far from the beach, I discovered a lake home to a colony of cormorants. Look closely, you can see the chicks!

This closes the book of my adventures in Jutland. Coming next is Bornholm, a Danish island located south of Sweden… stay tuned! 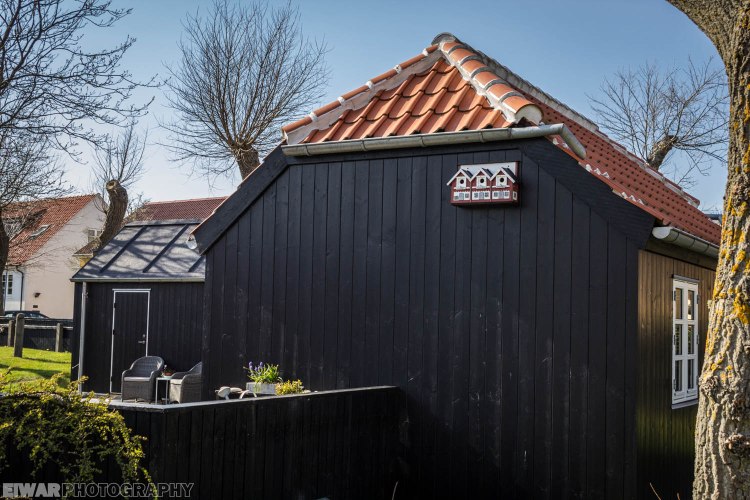 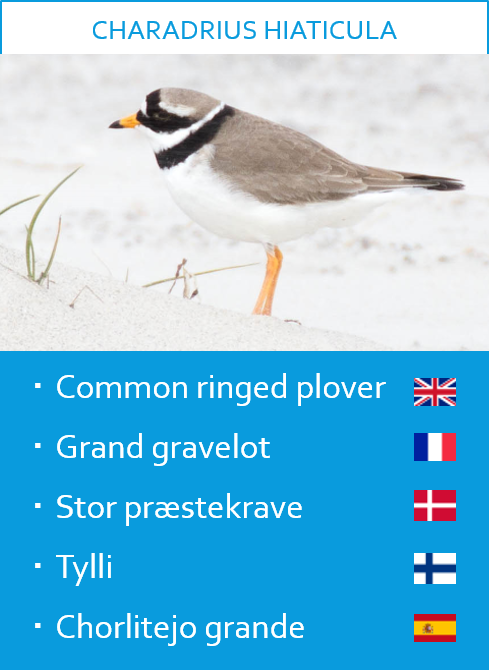