Holiday. Oh, how that word is sweet.

My parents visited Denmark this April, and together we traveled five days in the north of Denmark. Thy, Vejlerne, Skagen, Aalborg and Lille Vildmose were our destinations, and I plan to talk about all these. But first, Nationalpark Thy!

It’s the first national park of Denmark, it was established in… 2008. Yes, that wasn’t long ago, but as we say in French, “better late than never”. It’s situated along the coast of northwest Denmark and shows a mix of forest and moorland landscapes. The southern tip shelters a lagoon appreciated by many water birds: geese, ducks, swans and all kinds of waders, including curlews, avocets and redshanks. The very end of the peninsula is more sandy, and is apparently appreciated by Brant geese (Branta bernicla) and Ruddy turnstones (Arenaria interpres). When we arrived there, it was already raining, so we had our picnic in the car. In a patch of grass wandered two Common ringed plovers (Charadrius hiaticula), a Eurasian skylark (Alauda arvensis) and a Northern wheatear (Oenanthe oenanthe). Our adventure in the dunes ended shortly, as water started to infiltrate my rain clothes (apparently, the merchandising from my university is not really good), but I still had the time to sight a pair of noisy Sandwich terns (Thalasseus sandvicensis) fishing along the coast. 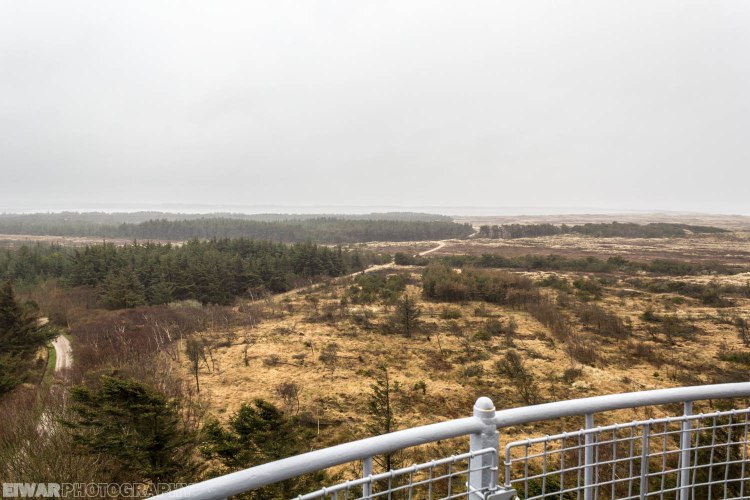 As we traveled north, we didn’t get much out of the car. We climbed up Lodbjerg Fyr, a lighthouse lost in the middle of a forest, and Lodbjerg Kirke, the smallest church of Denmark. 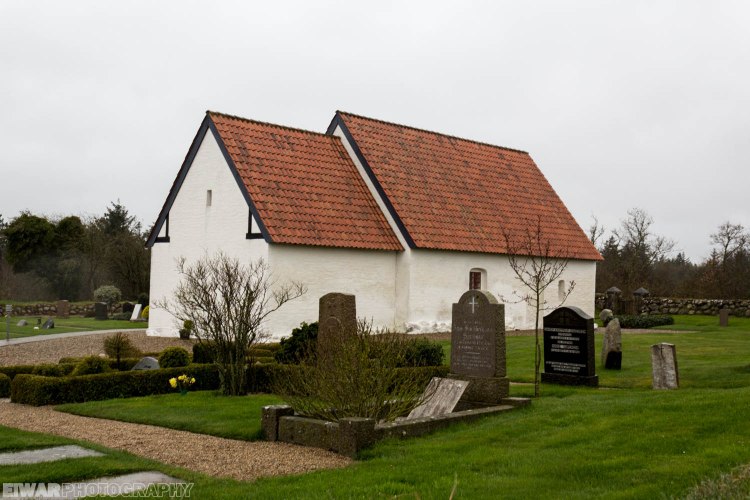 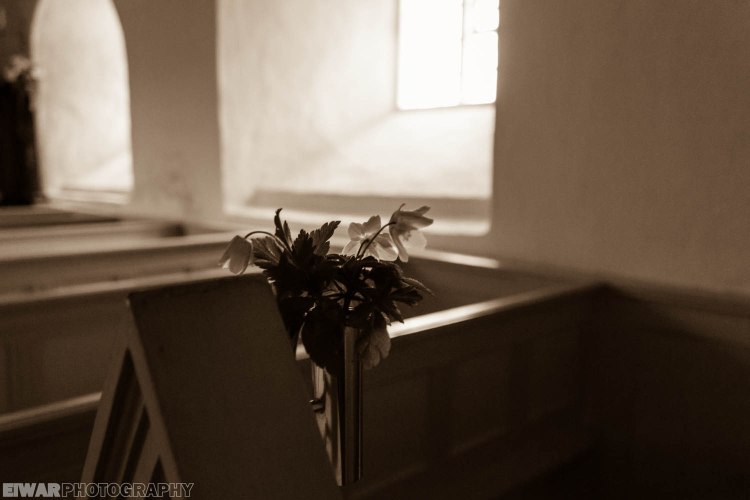 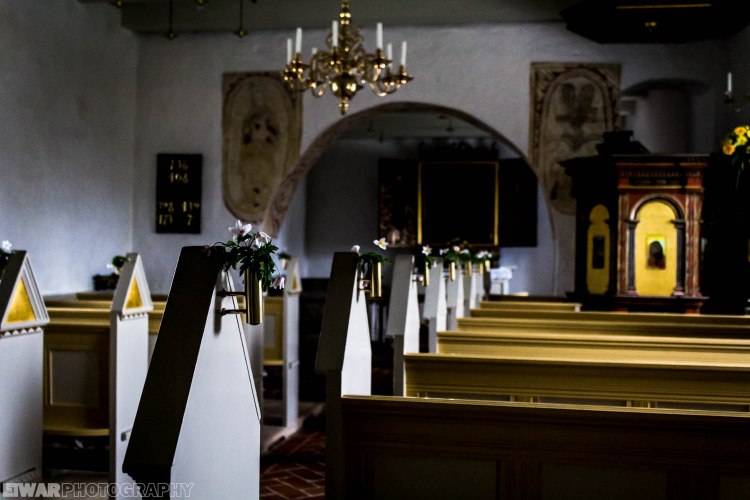 It’s interesting to note that the bells are not really part of the building. Rather, they hide under a small wooden shelter. Here it’s leaning on the wall, but in many places we saw the bell “tower” completely separated from the main building.

We learnt that the coast of Thy is a famous spot for surfers and kite-surfers. Each September, a competition is organized in Klitmøller. Its name? Cold Hawaii…

The bird on Nationalpark Thy’s logo is the Common crane (Grus grus), a bird I met in Hellebæk. While we were traveling in the countryside, my dad at the wheel and I scanning the fields around us, something caught my eye. “Dad, stop!”. It’s really comfortable to bird from the car 😀

I lowered the window, and tried to pierce the veil of rain. Yes, there it was! A crane feeding in a freshly plowed field. As it turned out, there were at least five of these majestic birds. A very nice sighting, soon followed by the first Lesser black-backed gulls (Larus fuscus) of the year.

After a bit of shopping in Hanstholm, we headed back to the camping where we had booked a cosy cabin. Before going in, I improvised a photoshoot on the beach, with clouds as guest stars. Impressive. 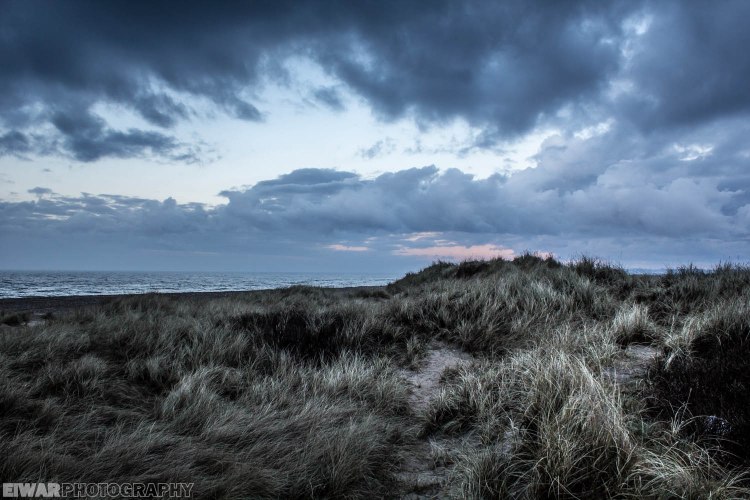 8 thoughts on “Land of the rain”