On a sunny Sunday of December, I visited the southermost tip of the island of Amager, Kongelunden (the King’s Grove, if I trust Google translate and my pitiful Danish skills). It was terribly windy, and I didn’t see a lot of birds close by for most of my trip. From Vestamager, I walked south along the coast, spotting geese, gulls, swans and goldeneyes.

On my way back, I took a path inland, and was treated with two awesome spectacles. This area is very close to Copenhagen Airport, and I happened to be close to the extremity of runway 22R, the one used for most of the departures. Luckily, it was also the time of departure of a lot of heavies – mainly SAS (the Scandinavian airlines), but also Singapore Airlines and Thai! The ballet offered by these monsters of technology was definitely a sight to behold, most notably because some low clouds had appeared, setting up the perfect stage for dramatic photography.

The second awesome show was displayed by a mush smaller creature. Indeed, I followed a Common kestrel (Falco tinnunculus) for some time. You know how this bird hunts: hovering over a meadow, it dives on micromammals (voles…) when it sights one. This one was ahead of me, wandering from left to right but aiming approximately northward, just like me. I followed it slowly. I didn’t want to scare it, but I was obviously quite interested in a picture!
At some point, a noisy family walking around made it fly away to the right. I was disappointed, because it was now hunting over a field, where I couldn’t follow it. Miraculously, it came back closer than before, and as I was shooting it, it fell to the ground. After a few second of rummaging there, it took of with a prey in its claws. I was thrilled, I had never seen that from such a short distance! 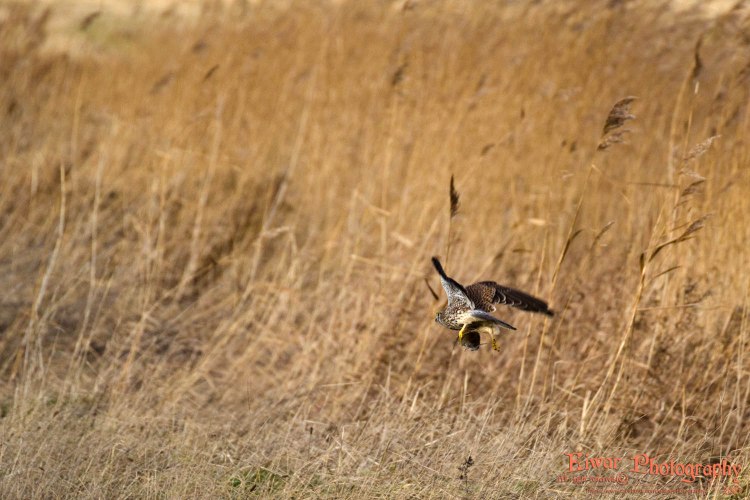 Even more amazing, the falcon, which was a female or a juvenile (no grey cap), didn’t escape, but instead resettled on the path, thirty meters away, and started to eat. I approached it carefully, closing on it as it was tearing apart its prey, freezing when it looked at me, over the shoulder.

Unfortunately this scene stopped when it judged I was too close, and it flew away. I spotted it resting in the middle of a field, as I made my way to the forest. There were a lot of wood birds (blackbirds, goldcrests, tits, woodpeckers…), that’s an area I want to visit again. Later on, I saw a Yellowhammer (Emberiza citrinella) foraging on the dike enclosing Vestamager, to the south. It’s incredible how such a colorful bird can go unnoticed in the grass.

I spent some time in the first birdwatching cabin, getting ready for the ride back while admiring the flooded reserve to the north, and the sunset to the south.

The ride along the coast was freezing, the wind was strong and biting, but it was worth it: many Little grebes (Tachybaptus ruficollis) were fishing in the canal, and Canada geese (Branta canadensis) were feeding on a meadow.

Note: I have uploaded the birding record of this autumn, covering the last four months of the year (and the first day of 2016), you can access it here (Excel file; I suggest downloading it).
Names are in English and Latin. A yellow spot indicates an “exciting” species (that’s very subjective, but it basically shows something unusual for me), red marks indicate lifers (or ticks: a species seen for the first time in my life), and blue letters indicate non-native species. Apart from that, I think it’s pretty self-explaining, but don’t hesitate to ask questions, I’ll be happy to answer.
35 excursions in 3 countries brought me 145 species, including at least 9 lifers. 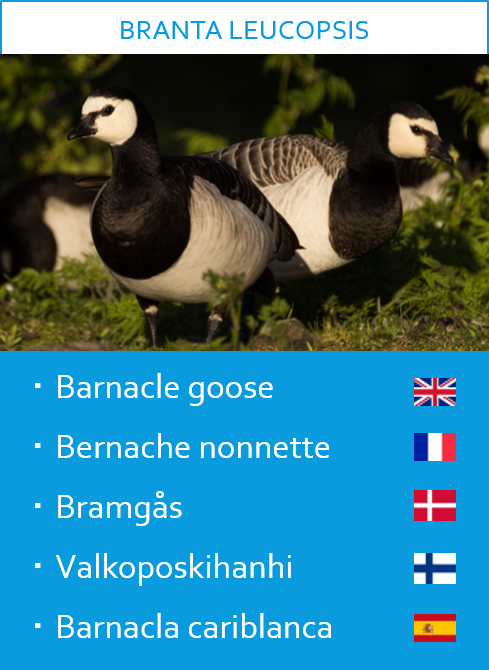 8 thoughts on “Birds of all sizes”